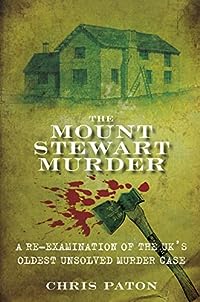 13 thoughts on “The Mount Stewart Murder by Chris Paton”