It looks like I’ll have read 88 books in 2012, that is if I manage to get The Great Mistake by Mary Roberts Rinehart finished before the end of the year. That’s quite a pathetic amount of books crossed off the to read pile, compared with 2011 anyway when my total was 103. I think I must have read more chunksters this year though and the winter last year was worse, which meant that I felt no guilt at all about going back to bed to read on freezing cold winter mornings, when I was stuck in the house anyway, not wishing to brave icy pavements.

That’s my theory anyway. I haven’t counted the books which I’ve bought throughout the year, which is a wee bit of a worry, but I’m sure that I can’t have bought as many as 88, so I must be eating into my TBR pile but I’ve also been downloading books to read on my Kindle, I’ve not counted those ones either, because that road leads to madness I think!

I seem to have been neglecting my Richmal Crompton’s ‘William’ books this year, I’ve only read one of them so I’m going to be reading the next one from my boxed set soon. They always make me laugh and I think we could all be doing with a bit of reading fun at the moment, given the disastrous news from all quarters of the world. If you’ve never read a William book you can download a taster from Project Gutenberg here.

Getting back to some more books which I got for Christmas: 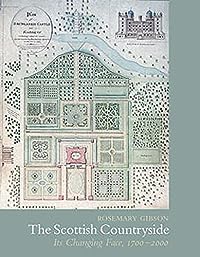 I saw The Scottish Countryside Its Changing Face, 1700 – 2000 by Rosemary Gibson, for sale in The Works. That chain of shops has gone downhill a lot since they were taken over a while ago and the book selection isn’t nearly as good as it used to be but I love this book. I was attracted to its cover. To me it looks like an old embroidery, it was a quarter of the price it should have been and it has interesting information about bridges and the building of roads in Scotland and lots of places that I’ve visited or lived near, old plans, photos and some old maps which again, look as beautiful as needlework. There are chapters about canal building, railways, new towns, such as Tobermory, and the clearances as well as large estates, harbours and lighthouses. It should keep me busy for a wee while. 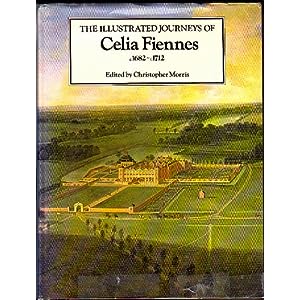 I also got The Illustrated Journeys of Celia Fiennes 1685 – 1712. This is another book with an attractive cover but I got to it by a convoluted journey myself. After discovering the woodblock illustrations of Clare Leighton I was doing a wee bit of research on her on the internet when I saw that her teacher had also taught a woman called Celia Twistleton Fiennes. Obviously a relative of the explorer Ranulph Fiennes, who is off exploring a frozen piece of the planet again, as I type.

However when I looked for Celia Fiennes I got to this book which I fancied the look of immediately. I find it fascinating that Celia Fiennes, the daughter of a Cromwellian colonel, had the urge to explore the length and breadth of England, quite an undertaking in those days, especially for a woman. The exploring genes in that family seem to have been strengthened over the years, rather than diluted. The book has lots of lovely illustrations and was another internet buy because I could have looked for it for years in secondhand bookshops and it might never have turned up.

I still have a few more Christmas books to write about, but that’ll do for now!

14 thoughts on “More About Books”