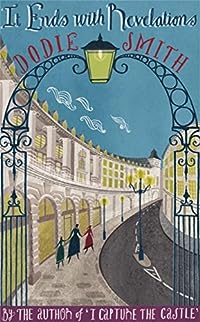 2 thoughts on “It Ends with Revelations by Dodie Smith”