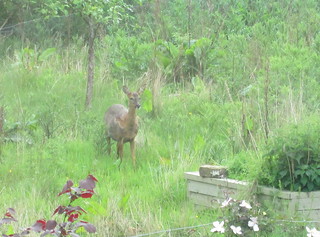 I promise you these will be the last photos of deer which I put on here, I’m almost over the novelty of it, but this one did look right at me as I was leaning out of the window to snap him, she was as interested in me as I was in her, she wasn’t at all bothered that I was there though. I now realise that it is red deer which is around this area, they’re quite a lot bigger than roe deer, so far we’ve only seen quite young ones though. 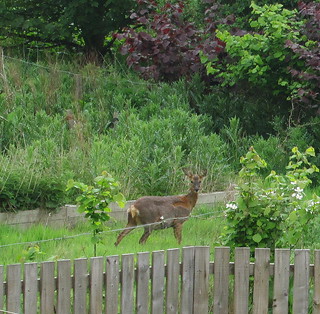 The four photographs below were taken at Errol in Perthsire, which is a very wee town, not more than a village really but they have built quite a few new houses recently so it’s expanding. 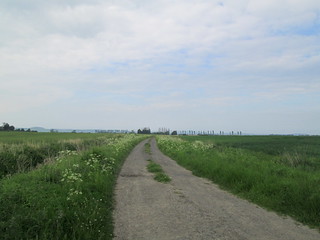 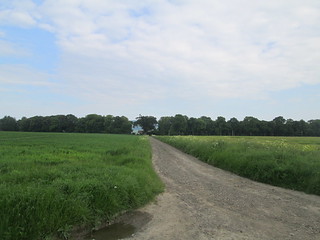 I took these photos on the River Tay walk, actually it doesn’t go that close to the river because there are massive reed beds on the banks of it, in fact they’re the largest reed beds in Europe, which hardly seems credible but it was on TV so it must be true! The reeds were used to thatch roofs until recently. 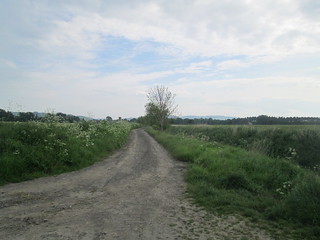 I just stood on one spot and turned in four directions when we got to the crossroads. It’s quite a nice walk and isn’t hilly so it’s an easy one. 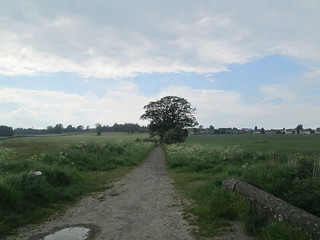 And what about this for a view at the end of your road, it was taken from Gordon’s front path – not bad at all, well when they finish all the building work and the flags have gone it’ll be great. When we saw the view we were half wishing that we had had a look in Errol too when we were house-hunting. 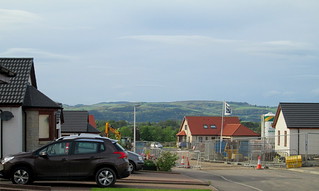