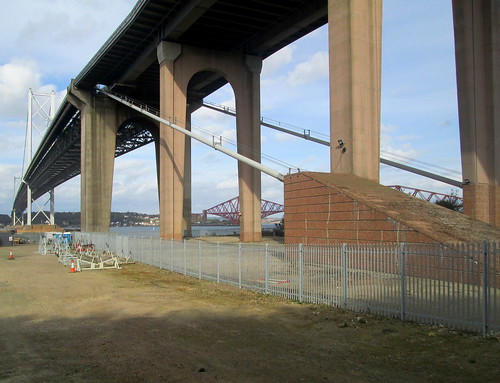 I wanted to go and see how the construction of the new bridge across the River Forth was progressing, which meant that I had to walk underneath the Forth Road Bridge. Apart from going over it in a car I’ve rarely been up close to that one before. Actually we drove over it yesterday and had the hairiest moment ever on it as an unexpected huge gust of wind had us veering over to the other lane, nasty. 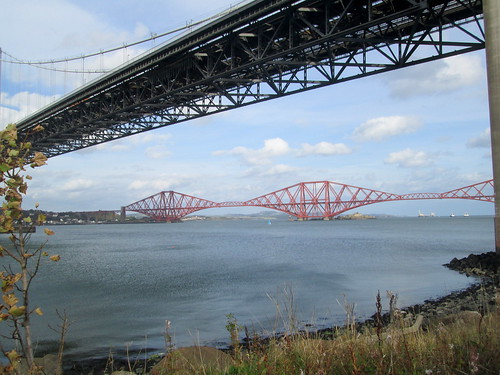 Anyway, I couldn’t resist taking a shot of the lovely old rail bridge, through the ‘new’ road bridge, which is actually now 50 years old. 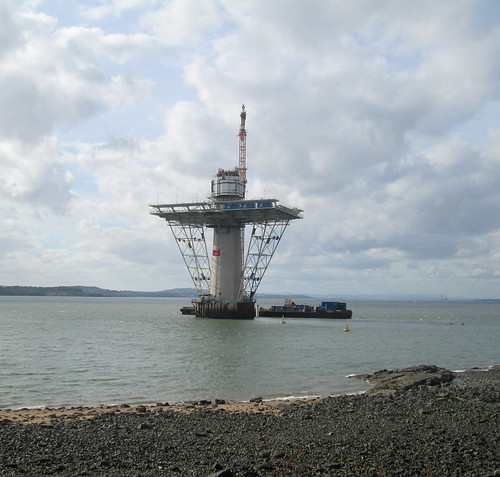 The Road Bridge is a bit the worse for wear now, it has a lot to put up with wind and salt wise so it was decided that a new bridge was needed to take some of the strain of all the traffic which uses it. Above is a photo of one of the supports for the new bridge. 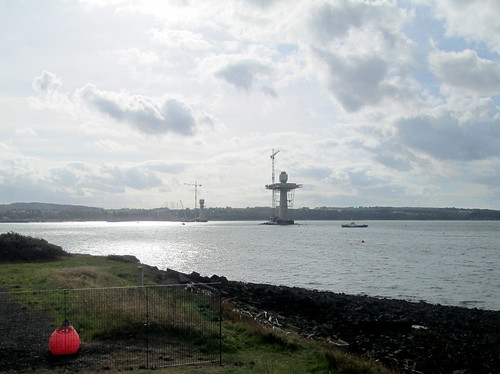 You can see another support in the background above. And in the photo below you can see the actual bridge stretching out to meet one of the supports, eventually. 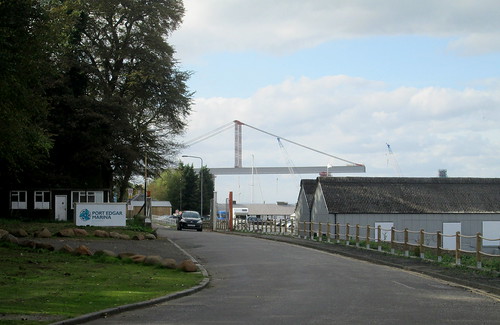 And just because I love it – I took a photo of this house in North Queensferry which overlooks all the bridges. It’s an arts and crafts design house, probably dating from around 1910 or so, so not quite old enough to have witnessed the building of the original Forth Bridge (the iron railway one) but it has seen two road bridges being built anyway. 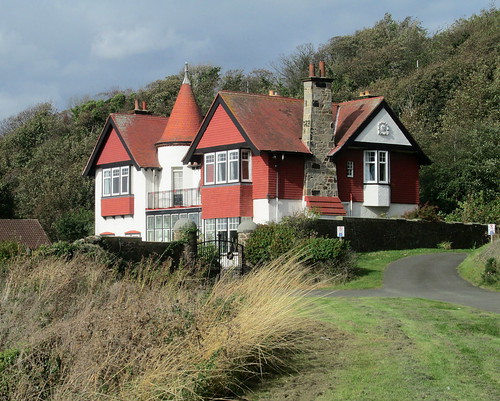 4 thoughts on “Forth Bridges, Scotland”