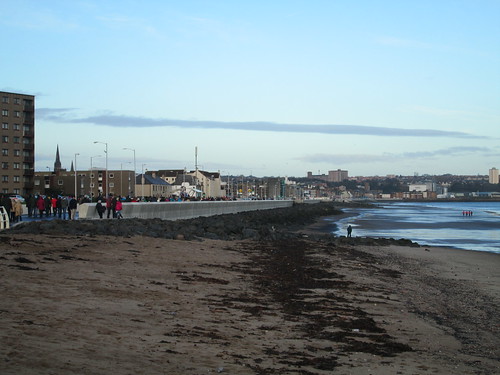 The promenade/esplanade at Kirkcaldy has been shut to the public for over a year whilst refurbishment was in progress and a few weeks ago they had a ‘promenade stroll’ to officially re-open it. The photo above is of the west end of the prom, where there is a gathering of strollers who were being led by a pipe band. 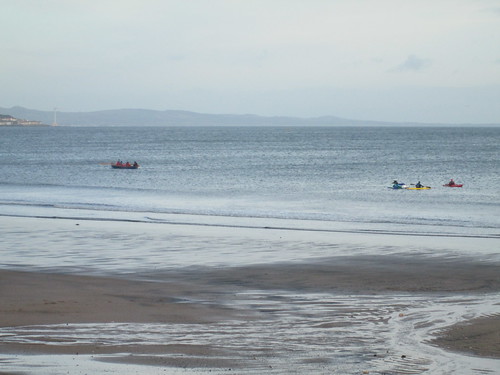 Various groups of people were taking part in the festivities, including kayakers, rowers and someone zipping around on a jet-ski. There had been reports that there would be a group of wild swimmers but that turned out not to be true which is just as well as they would have got hypothermia in no time flat. I did see one chap struggling to get into a wet suit but I never did see him reach the water! The wee baton twirlers weren’t there either, it was just too cold and wet for them I think. 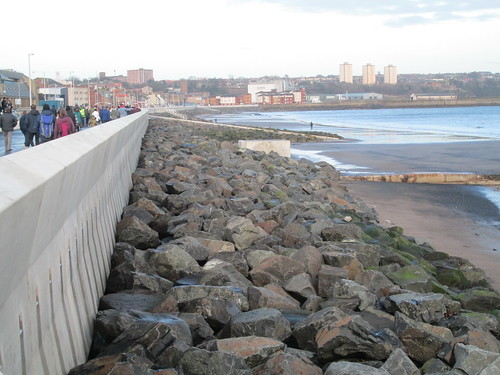 As you can see, there’s now a smart new sea wall and hundreds of tons of rocks have been dumped on the beach beneath the wall in an effort to break the wild seas up and protect the wall. It’s a process which has been very successful in villages a bit further along the coastline. 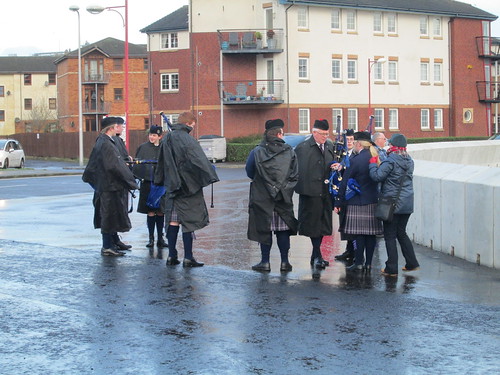 And above is a photo of the small pipe band which proceeded from the west to the east of the promenade for the opening. The work was started when we were still living in Kirkcaldy and as the prom walk was one of our regular exercise routes we were sad not to be able to go along it for so long but Jack photographed the work in progress and you can see some of them here.