One of the main reasons for going down to England recently was to visit the late Geoff Hamilton‘s plant nursery and garden at Barnsdale, which for years was where the BBC’s Gardeners’ World programme was filmed. In my opinion those were the glory days of the programme, it has been nowhere near as good in recent years. We stumbled across the place when we were driving to Holland last year but as we were dashing to catch a ferry we only had time to visit the shop that day. Since then Barnsdale has been on my bucket list. 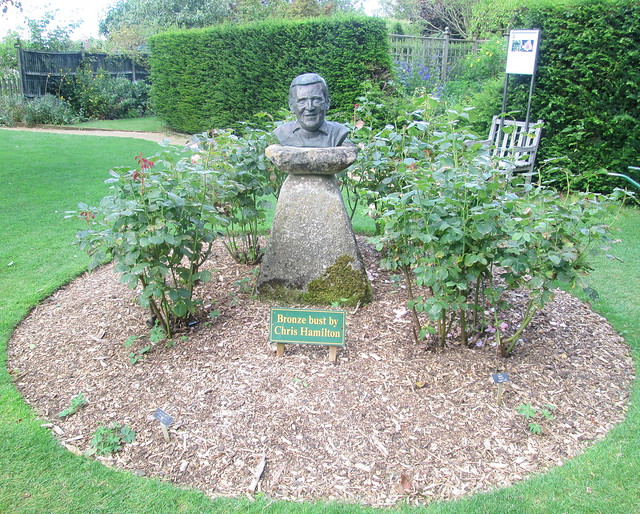 The photo below is of the same memorial bust shown from a different direction and I’m pretty sure that the tree in the middle is the one which he wanted to have planted on top of him when he died, presumably his ashes are there. 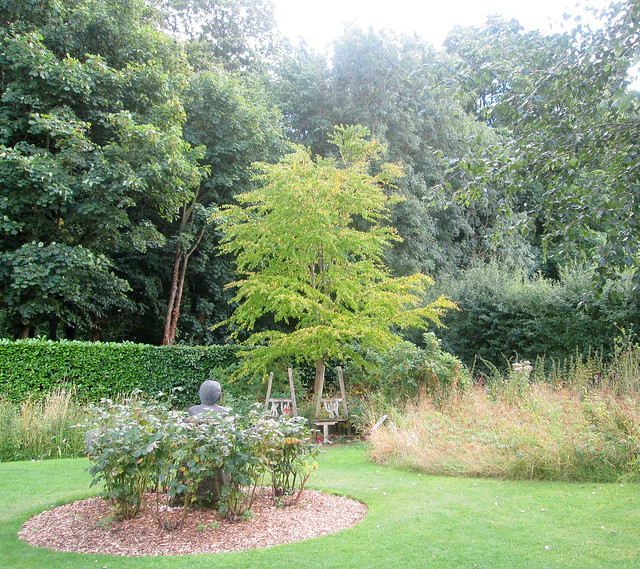 Barnsdale has been split up into lots of different small gardens, 39 in total over an 8 acre site, most of which were planned to show viewers how to carry out such projects and give people ideas for their own outdoor spaces. 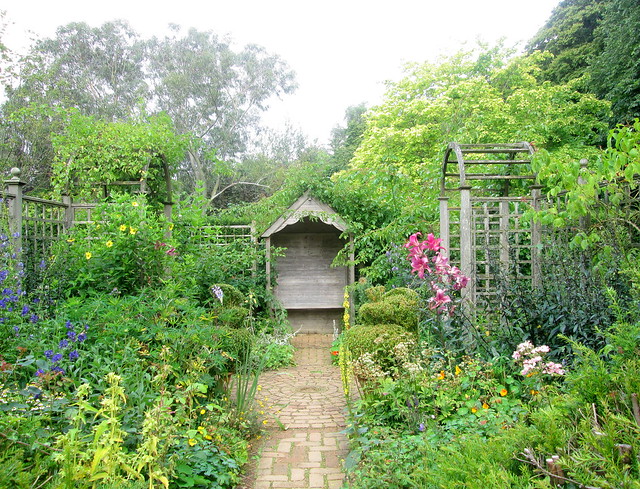 It’s almost 20 years since he died and he was one of the first people to promote organic gardening, to help protect bugs and beasties from chemicals, he was a bit of an organic trailblazer. 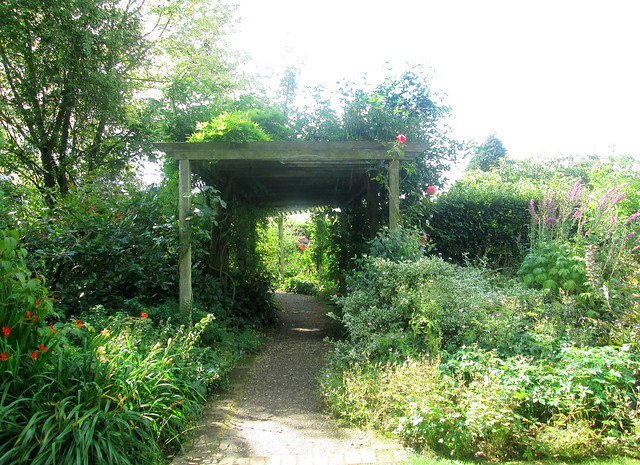 His sons have taken over the running of the place and it looks like they’re managing to keep a healthy balance, no slugs taking over completely anyway. 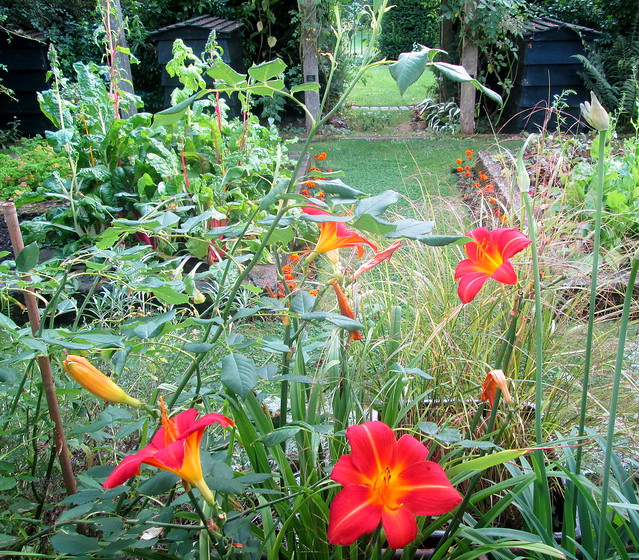 The Japanese garden below was the only bit which I was disappointed with, there wasn’t enough colour in it and I think that I and in fact most people interested in gardening could have designed something better. 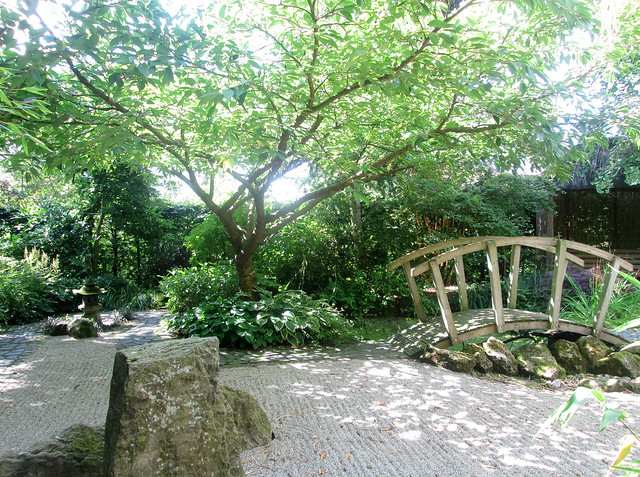 At this time of the year I’m always wondering why such a thing as wasps exist (and ants) and people always say that they do a good job of cleaning up around the garden, as the ones below are doing with this apple. I suspect that they damaged the apple in the first place, so I’m still not a fan of wasps. 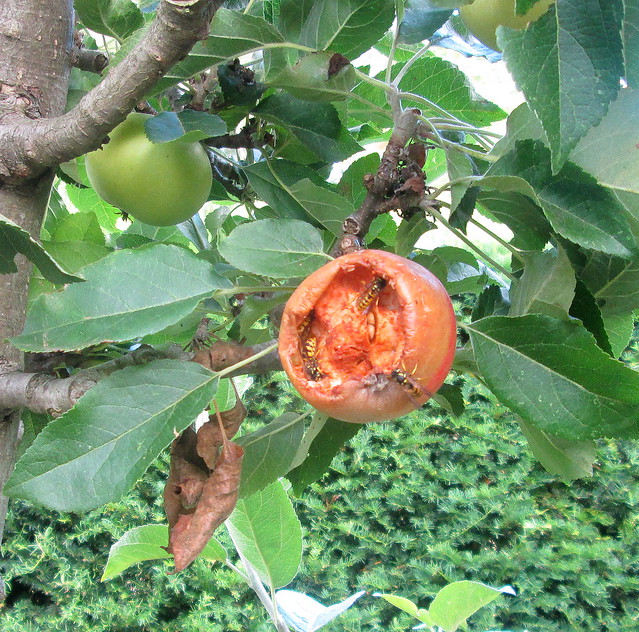 The birdbath below seems to have been made with roof tiles piled on top of each other at an angle, an effective design. 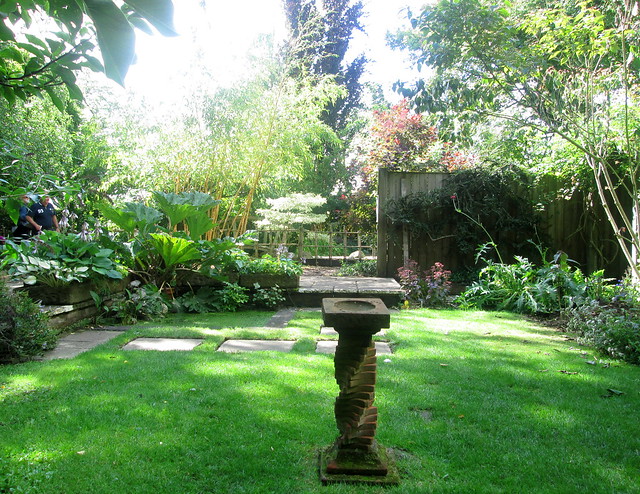 I took loads of photos so no doubt I’ll be doing a Barnsdale part 2 at some point.

6 thoughts on “Barnsdale and Geoff Hamilton”