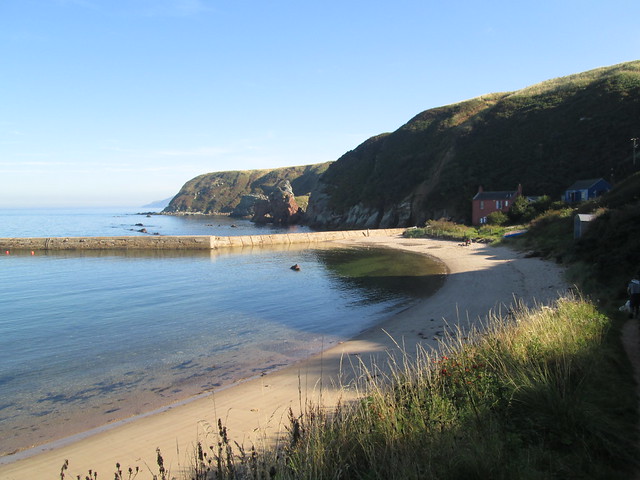 A couple of days ago we went to visit our good friend Eric who lives close to this wee cove, which is actually just called Cove, in Berwickshire. As you can see the tide was fairly far in but we still managed to get a bit of a walk along the beach. At least one of the houses in the background is a holiday let, fine for a holiday but a bit too close to the sea for my liking, for all the year round living. 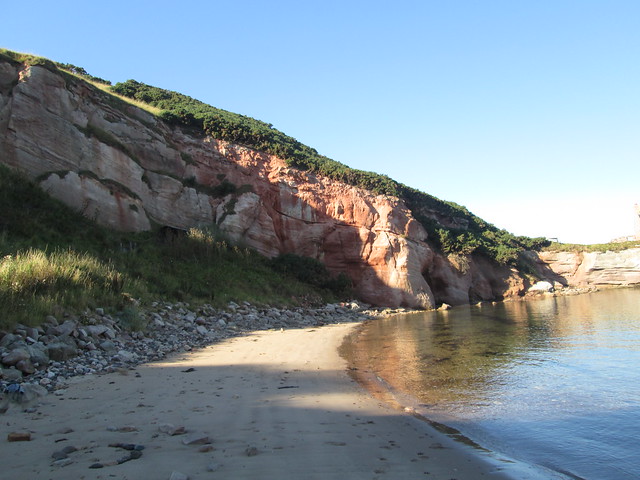 The nearest big place is Dunbar which was at one point quite a popular holiday destination, but this wee remote stretch of beach is far nicer and I have to say a lot more pleasant smelling than Dunbar was on the same day. 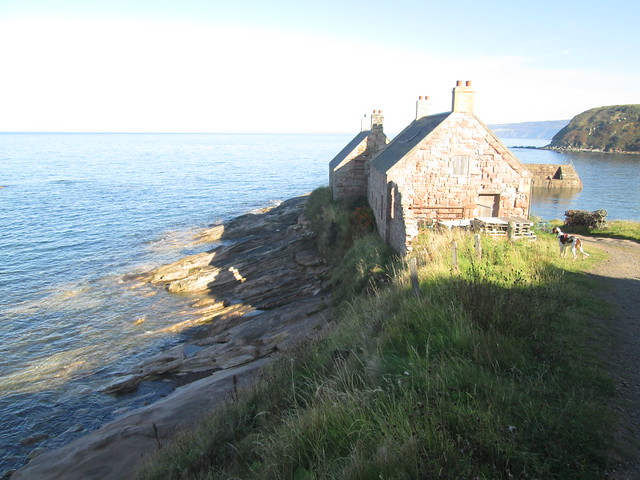 It was the houses above which I was most interested in, they’ve been built on a narrow lump of rock which is surrounded by the sea, or should I call it the Solway Firth? I’ve always said I would never want a house too close to water but these two have obviously been standing there for well over 100 years and they haven’t been washed away yet. You can see Uther the red and white setter having a good old sniff around. 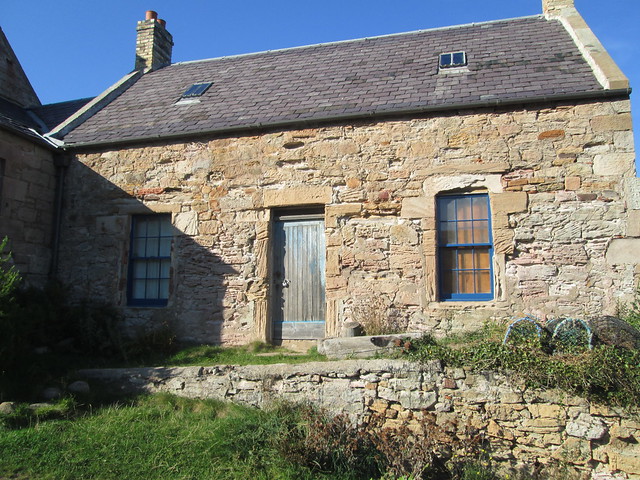 I don’t think anybody lives in the houses nowadays, they seem to be just used for storing fishing gear.

Below you can see the sea wall, Jack, Eric and Uther. We knew that it was hot, in fact as hot as it had been all so-called summer, but we later discovered that despite it being the last day of September, it was hotter in Scotland than it was on the Cote d’Azure. There’s really no accounting for our weather but it makes life interesting I suppose. 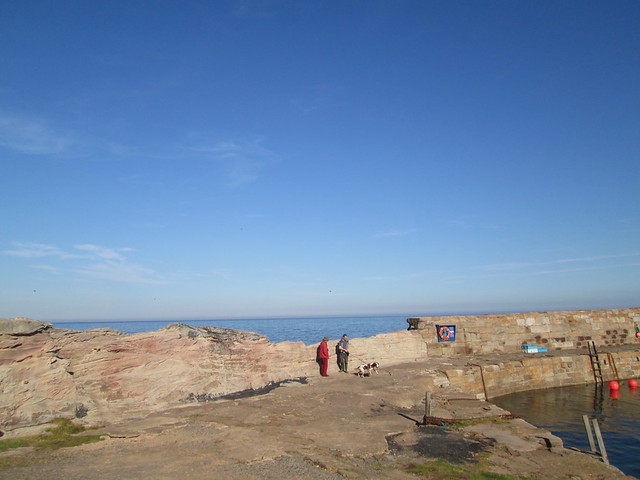 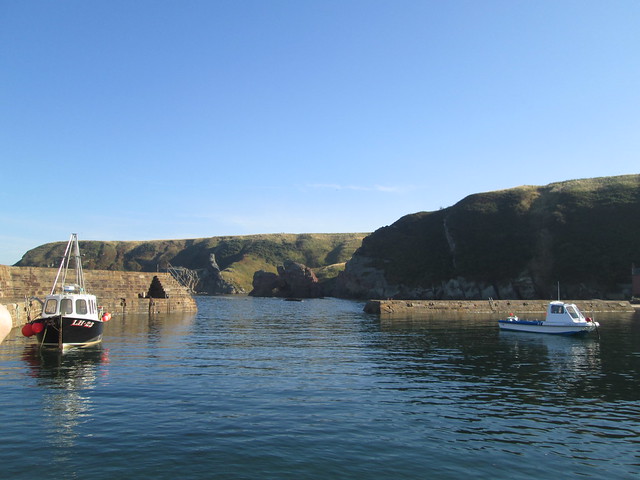 If you look closely below you should be able to see a couple of scuba divers who seemed to be having fun. I’ve never done that, in fact I never will as I’m not a great swimmer, but I’d love to see what it looked like underwater there. 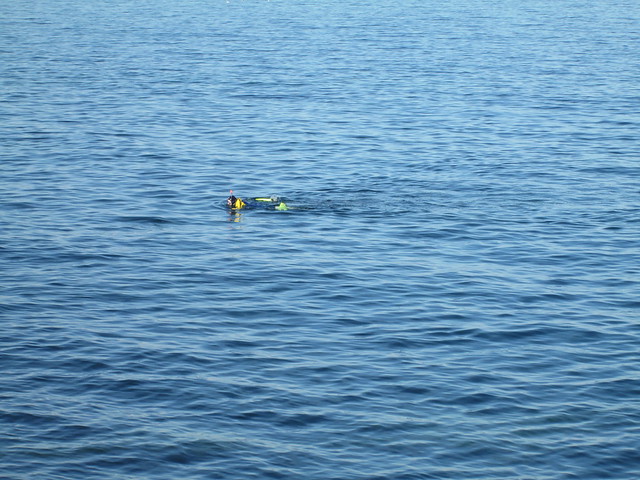 Jack remarked that Cove reminded him of Robin Hood’s Bay in Yorkshire, but being a good Yorkshireman Eric of course had never been there. Well you never do get around to visiting the tourist attractions on your own doorstep do you?!

8 thoughts on “Cove in Berwickshire, Scotland”