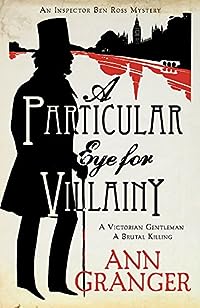 2 thoughts on “A Particular Eye for Villainy by Ann Granger”