On Thursday we had a family dinner date in Edinburgh so as it was a lovely bright day we decided to go early and have a walk through the Botanic Gardens. As you can see the crocuses were enjoying the sun. 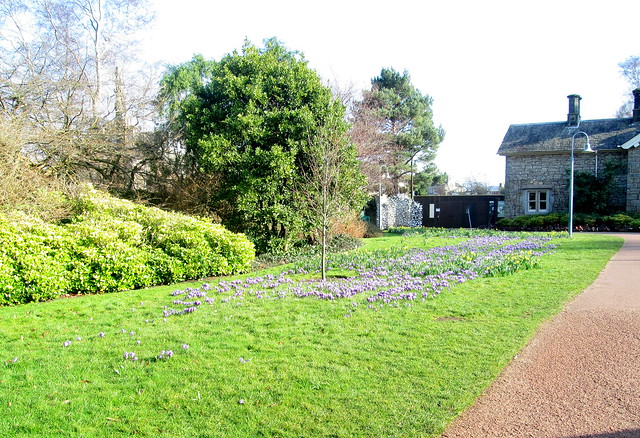 Then it was on to the Stockbridge area of Edinburgh. If you’ve been reading this blog for a while you’ll realise that Stockbridge is usually a dangerous destination for me, due to the secondhand bookshops in the vicinity. Mind you it was only about three weeks since we had been there so I did think (half hope) it might be a case of slim pickings book wise, but I was wrong! 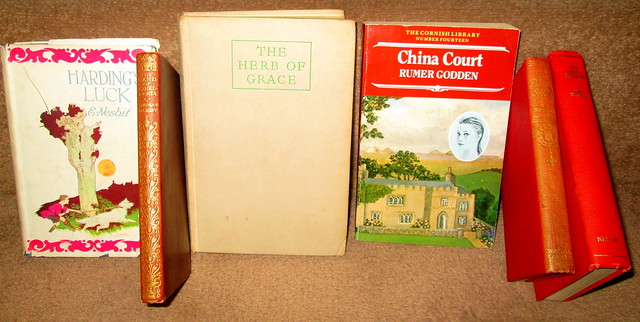 China Court by Rumer Godden
The Princess Sophia by E.F. Benson
The Three Hostages by John Buchan
The Hand of Ethelberta by Thomas Hardy
Harding’s Luck by E. Nesbit
The Herb of Grace by Elizabeth Goudge

I know I read China Court way back in the 1970s but I’ll read it again and I seem to be collecting the Goddens that I read when I was a teenager but then I borrowed them from the library.

I have a horrible feeling that I gave my Nesbit books away before we moved house, when I was trying to de-clutter. But they might still be in a box in the garage, I live in hope, I definitely haven’t read Harding’s Luck anyway. The House of Arden comes before it so I think I’ll have to read that one first, I might just put that one on my Kindle.

I don’t think I’ve read anything by Goudge before but I know she is well loved by some people.

The Princess Sophia was written in 1900, long before Benson wrote his Mapp and Lucia books that I love.

I seem to be collecting John Buchan books although it’s a good long time since I actually read any.

I read a lot of Thomas Hardy books as a teenager and I loved them although they are often quite grim, especially the endings. The Hand of Ethelberta is apparently a comedy in chapters – could be interesting, but then again, might not be. Anyway it’s one of those wee books with thin paper and gold topped pages, like most of my other Hardy books, so it’ll fit in well – after I’ve had a bit of a shuffle around of that bookcase!

14 thoughts on “Edinburgh Botanics and books”