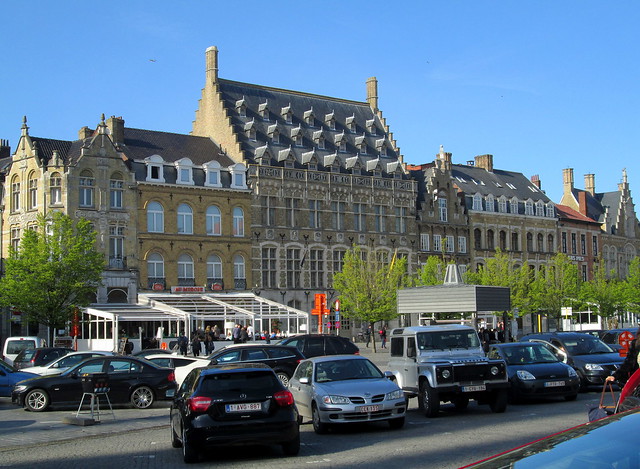 In Britain we say Ypres (Eeprr) in the French fashion, I’m not very good at that French ‘r’ rolling thing. Anyway, that was how it was pronounced locally at the time of World War 1. The British troops of course decided that it was much easier to call the place Wipers. After the war the Flemish people of the region decided that it was about time they dropped the French way of doing it, after all it isn’t in France it’s Belgium. So now it’s called Ieper (Eeyeper) well that’s what it sounds like to me. The whole town was flattened as it was right on the front line, and it had been such a lovely mediaeval town too. 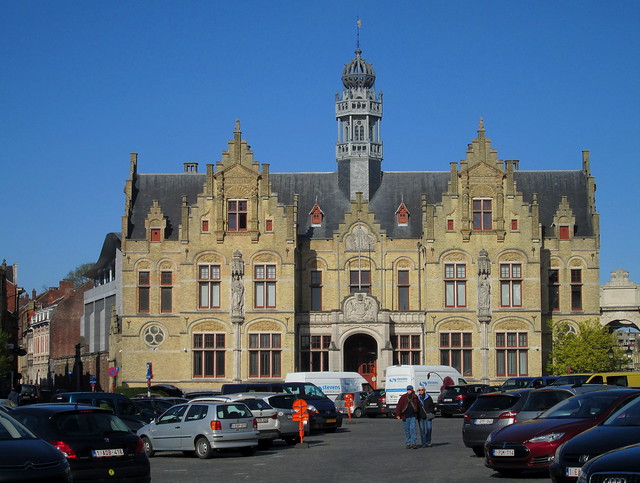 After the war there was a discussion about what should be done about the place. Churchill was keen to keep the whole area in ruins as a memorial to the dead. Understandably that didn’t appeal to the locals who just wanted to get back home and get on with normal life. So the decision was taken to re-build as close as possible to what had been there before, and I think they made a good job of it. 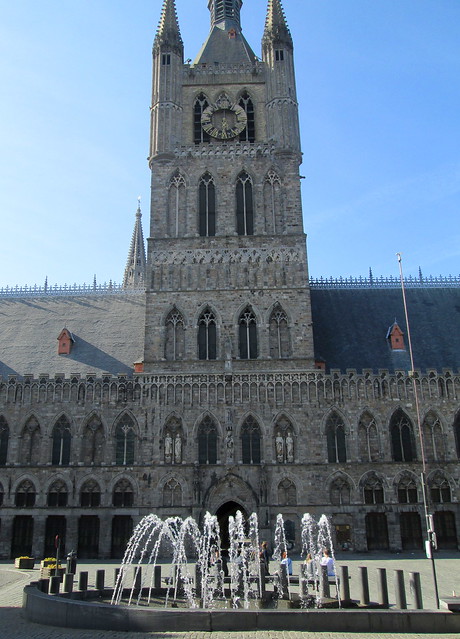 The fountain above is obviously modern, I love fountains, there aren’t enough of them around, in Britain anyway. It was hot while we were there and in common with lots of old places Ypres has now and again a whiff of old drains but the town also smells of chocolate, very enticing.

If you go to Ypres be sure to visit The Flanders Field Museum. It’s one of the best museums I’ve ever visited – and I’ve visited a fair few in my time. Give yourself at least three hours to go around it.

Ypres is just a small town surrounded by farmland, interspersed with many cemeteries and memorials. I read somewhere that the farmland had been very poor prior to the war, but afterwards it was the most productive farmland in Europe. I don’t know if that’s true but it is an undeniable fact that it was certainly very well fertilized, what an awful thought.

It’s a dangerous job driving a tractor on these fields as unexploded shells are ploughed up all the time and sometimes they explode when they’re disturbed, killing or maiming the poor driver. 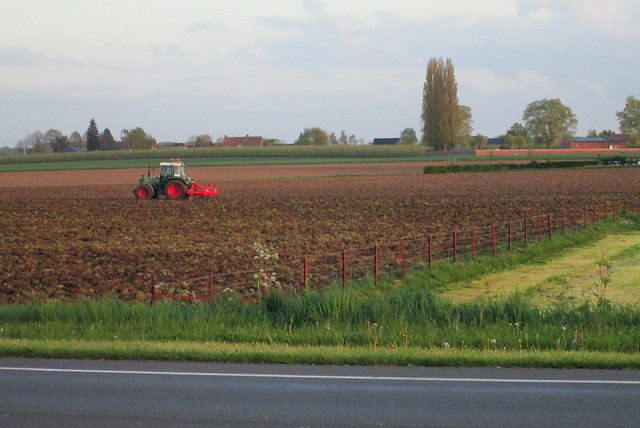 If you’re interested you can see some images of The Wipers Times here.

7 thoughts on “Ypres (Ieper) in Belgium”