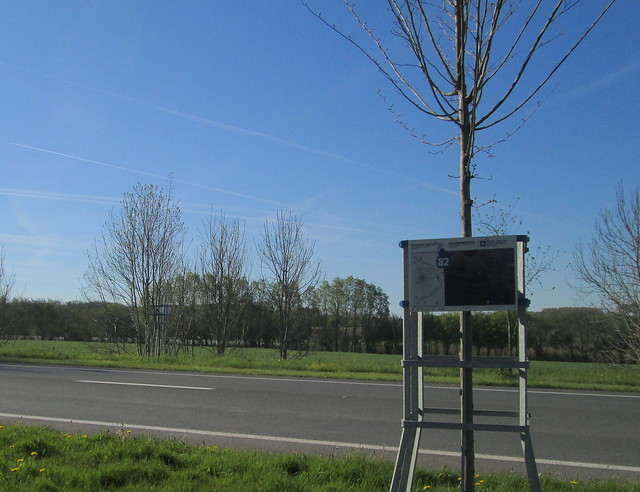 I think they started planting these Remembrance trees just outside Ypres in 2014, to commemorate 100 years since the beginning of World War 1. As you can see there is a framework around the tree and it has a map showing you exactly where the tree is and the trench lines as they were in 1914 with the British marked in blue while the Germans are in red.

I had always known that the trenches were close together but I had imagined them being maybe around 50 yards (metres) apart at the closest, but if you look carefully at the above photo you can see another tree with a framework around it, that was the British trench. So it’s just at the other side of a very narrow road, supposedly 20 metres away but I don’t even think it is that far. It looks to me like the soldiers could have almost leaned forward and shaken hands with each other, had they been so inclined. They wouldn’t even have had to raise their voices to speak to each other.

There’s something really crazy and awful about it, there couldn’t be anything anonymous about killing someone under those circumstances.

The Hooge Crater Cemetery is just across the other side of the road, and as it is just a two minute walk from our hotel we went there straight away to have a walk around it. We counted up the graves and the rows and thought that there must be over 1,000 men buried in it, but when we went to sign the register at the memorial it said there were nearly 6,000 men laid to rest there.

Often they have no names and say Known Unto God and often it says five soldiers rest here. Presumably they could only find bits and pieces of the poor souls who had been blown up. 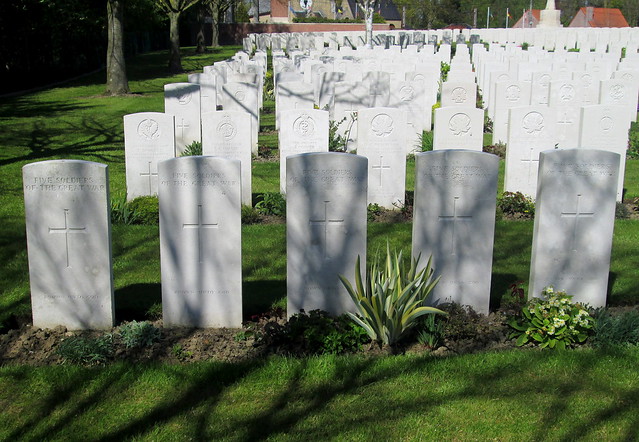 It’s not exactly an enjoyable experience but if you are interested in that period of history then it’s something that you feel you must do. Looking at the graves made me think that we really can’t afford to leave the EU – flawed as it is (what is perfect) – if only to stop anything like that war ever happening again. You have to jaw jaw as Churchill said – not war war.