Abernethy in Perth and Kinross is a fairly ancient place as you can see from the Pictish tower in the photo below. Sadly that white van on the right was there for the duration of our visit. 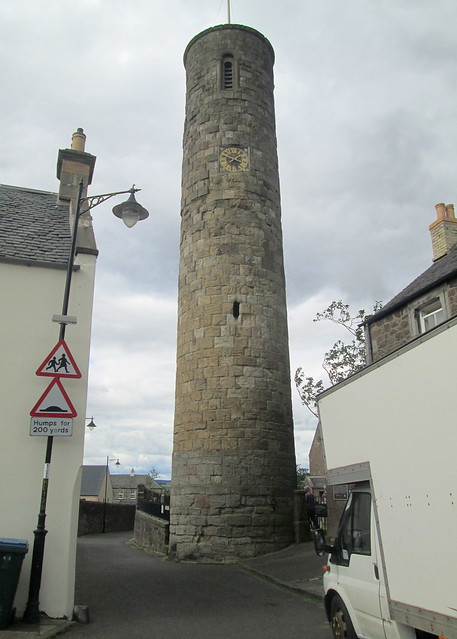 We climbed all the way to the top of the tower. It has a modern metal spiral staircase which ends in a ladder leading to the top of the tower and you go up to it through a hatch. It’s not for the faint-hearted as it’s a very long way up – and down! Sir Walter Scott actually mentions this tower in his book The Antiquary. You can see more photos of the tower here. I was surprised to see a set of ‘jougs’ attached to the stonework. It’s a metal sort of dog collar on the end of a chain that was fitted around the neck of any naughty locals who were thought to be in need of punishment. 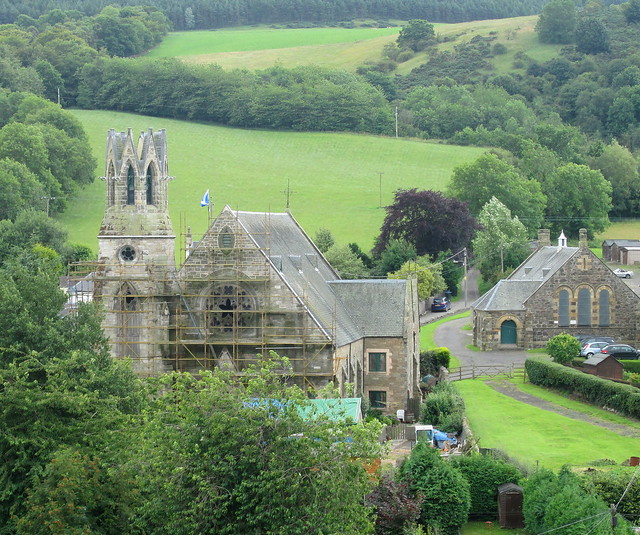 You get a good view of the surrounding area from the top though. You can just about see the Rivers Tay/Earn at Carpow from there and that is where a 3,000 year old logboat was discovered buried in mud a few years ago. The boat was originally preserved and on display in Perth Museum but is has been moved to Edinburgh now. You can see it here. 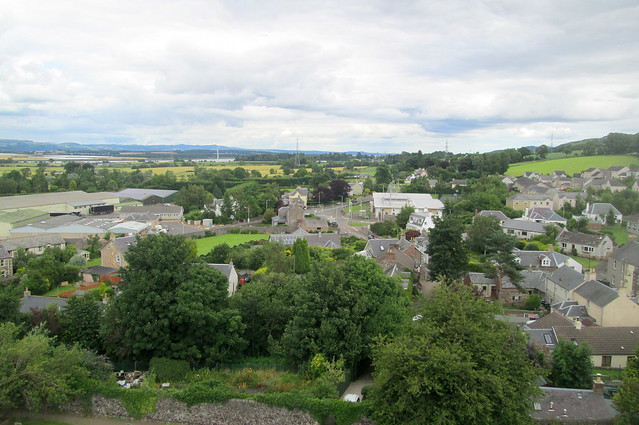 Of course the confluence of two rivers has always been seen as being a magical place by our ancestors but I love that the Romans also decided that Carpow would be a good place to set up a camp about a thousand years later.

Abernethy is a teeny wee village with just one shop but it has an interesting graveyard and if you visit then make sure that you pay a visit to the museum which has varied exhibits and particularly a lot of information on what went on in Abernethy during the wars. It was one of those places that was ‘taken by storm’ by the Polish Free Army, as one old lady friend of mine said of her home town of Kelso. All those clicking heels and bowing to kiss hands meant that any local men still living in the place didn’t get a look in. I imagine it was much the same in Abernethy.

The museum is run by very friendly and helpful volunteers.

4 thoughts on “Abernethy, in Perth and Kinross”