It seemed like Spring arrived early this year with everything beginning to bloom sooner than expected. Well it has mainly been a very mild winter with very little in the way of snow, and what we did get melted very quickly. 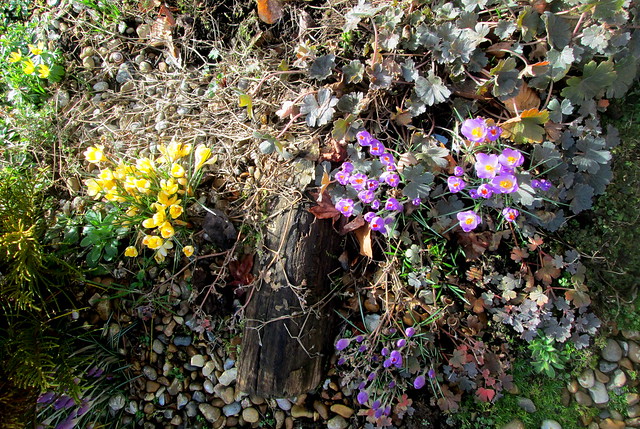 The crocuses above are multiplying each year, but they only look their best when the sun is shining on them. Typically we got the heaviest of snow after everything began to flower and I thought that the delicate snowdrops, aconites and primulas would be flattened, but they’re not as fragile as they look. 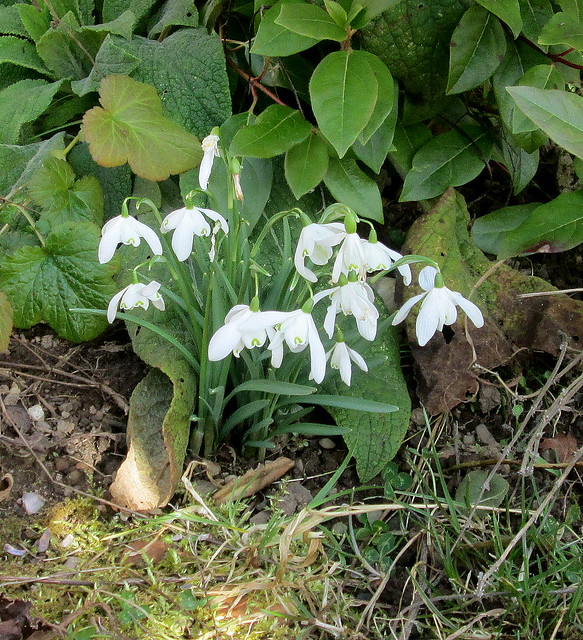 When warmish weather appeared after that I had intended to get stuck into the garden and clear away the winter debris, but suddenly the wind seemed to be coming from Siberia again and it was just too cold to brave it. I can’t wait to start gardening again though.

The winter aconites below are already seeding themslves around the garden, I always feel so lucky when that happens, flowers for free, just because they’re happy. 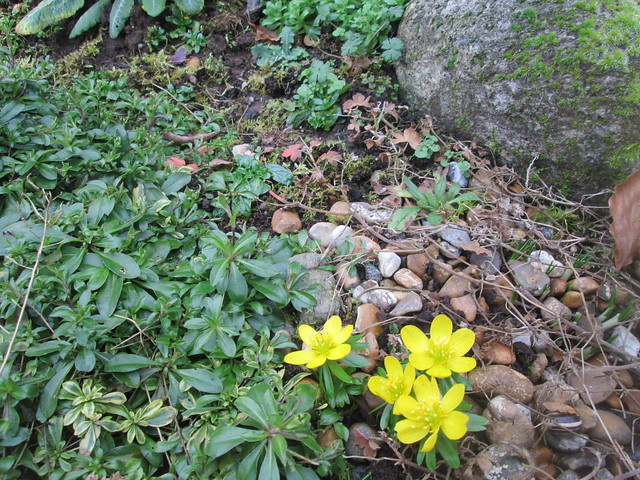 The clump of primulas below really needs to be split up, I must remember to do it when they stop flowering, which probably won’t be for another month or two. They’re such good value. 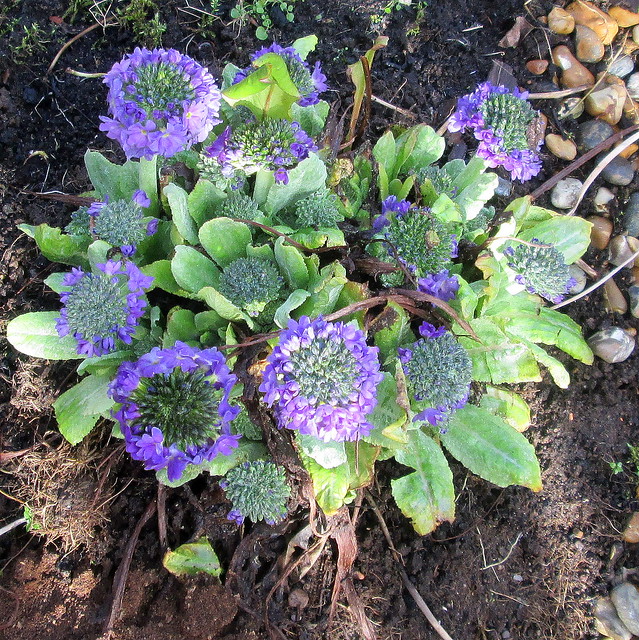 I’m never sure if my hellebores below are Christmas roses or Lenten roses as they always flower in between the two festivals. 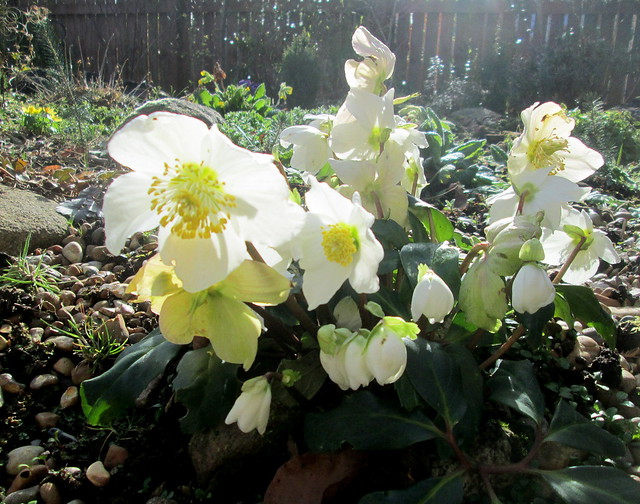 Isn’t the snowdrop below a beauty? They’re clumping up nicely but this one below seems to be a bit of a loner, splendid in its isolation. It reminds me of a wind turbine, and I mean that in the nicest possible way, as I happen to think that wind turbines look elegant. 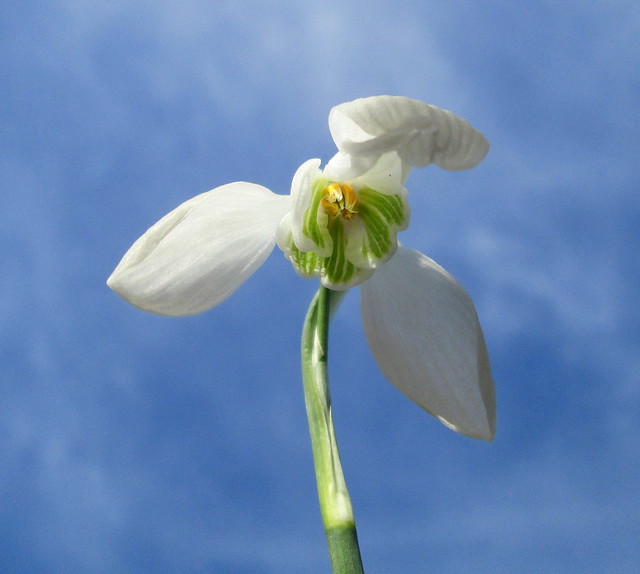 Last week I received my free tree and dog rose seeds from The Woodland Trust in the post, and they’re germinating already. Exciting times! I’ll keep you posted on their development.