Skip this if you’re sickened by politics as this is a bit of a rant – I’m just incensed!

For lots of reasons I’m furious about this upcoming General Election. For one thing we had only just been to the council offices to arrange postal votes for the local council elections taking place on May the 4th in Scotland, when we will be away on holiday. We confidently told the woman attending to us that we only wanted the postal vote for those elections, never thinking that there would be a General Election on June the 8th when we will be in Orkney, so we’ll have to go and sort out postal votes for that one too.

That’s annoying enough but when I put the TV on to watch the 1 o’clock news and saw that Theresa May had decreed that she was having a General Election I was fairly flabbergasted. So much for her saying that we needed a period of stability. I suppose that in the grand scheme of things what she has done is preferable to Thatcher who deliberately provoked a war between the UK and Argentina over the Falkland Islands, knowing that the jingoistic tabloids would adore it and ‘winning’ a war would guarantee her re-election. I don’t know how many mothers’ sons died in that ‘police action’ an awful lot that’s for sure, but one would have been too many.

With the Conservatives being miles ahead of Labour in the polls at the moment it seems that May has decided to take the advantage, no doubt knowing that if she holds on until 2020 when the election should have been due, things will be much worse economically all round when the effects of Brexit start to bite.

It’s no wonder that so many people decide to steer clear of the ballot booths as it seems that no matter which country you look at the politicians just lie their heads off to get elected, with absolutely no intentions of keeping to their promises. The most blatant one that I witnessed was just one minute after the polls had closed on the EU Referendum – when Nigel Farage said that the only thing he regretted was the bus advert that said that Brexit would mean 350 million pounds A WEEK would be going to the NHS. Something that was obviously never going to happen – but so many people actually believed it.

So how much is this snap election going to be costing us – the tax payers? At a time when everything has been pared to the bone in the NHS and education and essential services and our roads are falling apart due to the never ending austerity – this election is the last thing we need. The TV news is full of members of the public being asked by news journalists who they will be voting for and an astonishing amount of them are saying Conservative, it makes me wonder, are the interviews edited that way or do the people genuinely think that a Conservative government with a large majority will not beat them to the ground via taxes? whilst their rich corporate friends get off without paying any tax at all.

It’s a fact that the Conservatives spent far more money than they were legally allowed to on the last general election and there should have been up to 36 by-elections in the constituencies where they cheated. They were taken to court about it and lost because they had in fact cheated, but now that will all be swept under the carpet and forgotten about – but not by me, I have a very long memory where election cheats are concerned.

It’s not democracy as I know it. I really wish that we had an entirely different system where there would be an equal number of MPs for each political party so that there was always a balance of power via coalition. It’s the only way that extremists can be reined in and the ordinary people be protected from people who have no idea what it is like to worry about keeping a roof over their families’ heads. But coalitions are roundly despised by all politicians as power and hanging on to it is the only thing they care about. They certainly don’t care about us.

I knew as soon as May got the job that she would be even worse than Thatcher – given her background it was inevitable (believe me I write from experience) but one good thing is that she is so blatantly duplicitous and treats her colleagues with such disdain that she will never last as long as Thatcher, they’ll get rid of her the same way though. 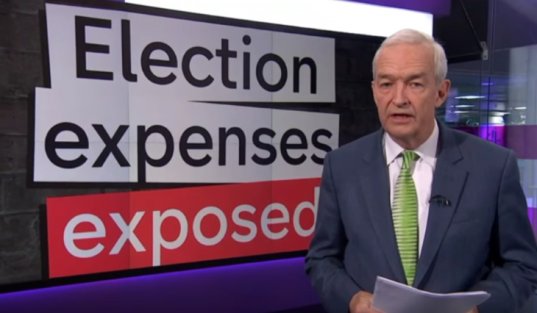