In fact I’ve been back home for a couple of days now, but I’ve been busy getting back to ‘normal’ and doing the garden, it looked very lush when we got back – and I had been worrying that it would all be frazzled up as I knew the weather had been dry while we were away. It’s amazing how much everything had grown in the two weeks we were away in Belgium and Holland.

We got the car ferry from Hull in the north of England, sailing to Zeebrugge in Belgium. You might know that I enjoy a good rough sea, I keep saying that but for all I know I might suffer from sea-sickness now as every time we sail anywhere it’s always a flat calm, even when we were in the notorious Bay of Biscay. Luckily I don’t seem to suffer from claustrophobia as the cabins on the car ferries are teeny, definitely not even space to swing a cat – if you were that way inclined.

We sailed into Zeebrugge at 9.30 am and in no time Jack was driving towards Bruges which is just ten or so miles away from the port. There’s always that slightly hairy few minutes before you get used to driving/being driven on the ‘wrong’ side of the road. 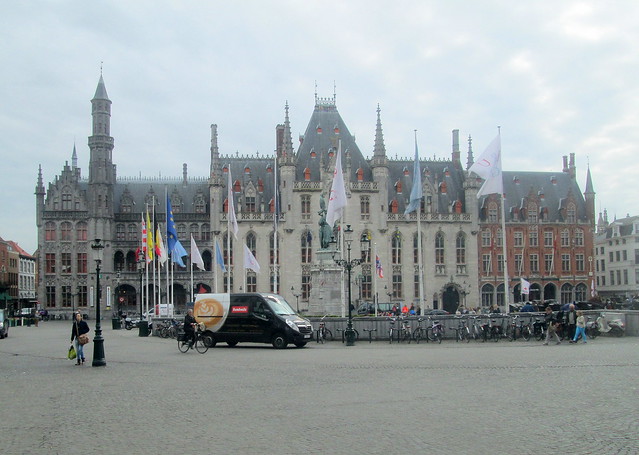 Neither of us had ever been to Bruges before but had heard from loads of people that it is well worth visiting, and they were correct. It’s actually much bigger than I had imagined it would be – lots of tourists of course, but also plenty of locals around. Bikes are almost as popular in Belgium as in Holland and I saw a tandem that was for hire amongst a pile of bikes, I was tempted by it, but J isn’t a cyclist so we explored by foot. Well the horse drawn carriage trip cost 50 euros, so I settled for taking a photo of them, but loads of people did hire them. 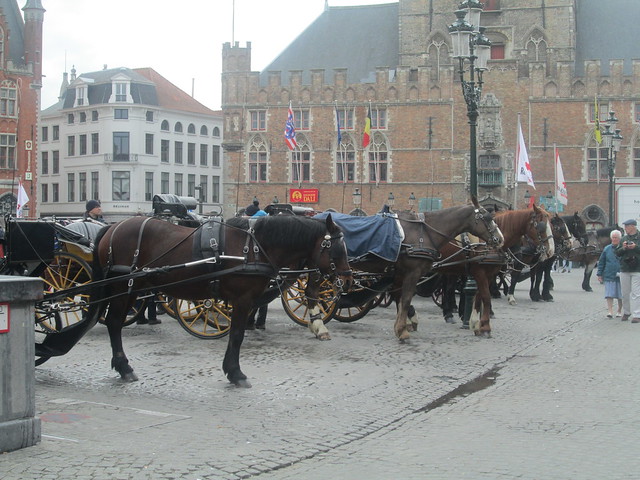 Between us we took over 500 photos, but I won’t inflict them all on you – honestly, these are just a few of them for now. 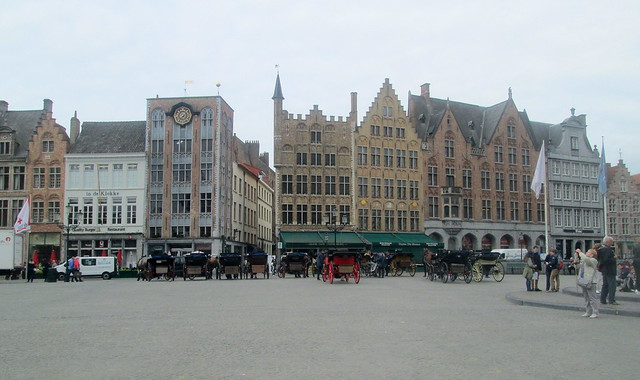 Everything here looks slightly misty. I didn’t think it really was even if the sky was a bit overcast.