Back to the subject of dogs, I was really impressed with the cute Aran pullover that my Dutch sister-in-law knitted for my niece’s pit bull terrier Ziggy. The pattern is very similar to my Aran jacket, so I just had to get a photo of us together – we’re well matched! 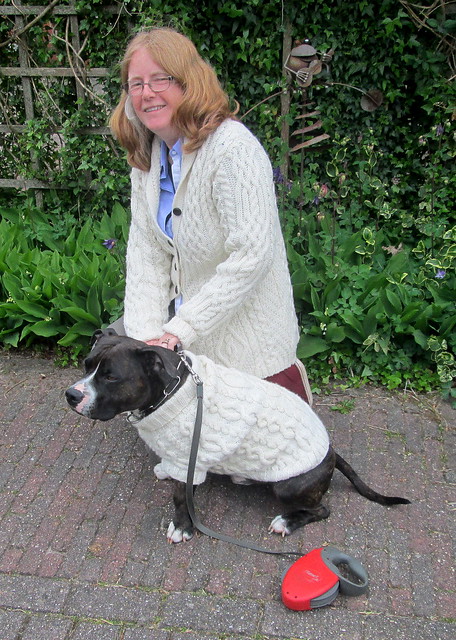 Ziggy has very short hair, he feels like velvet but it means that he feels the cold easily so he really needs his Aran in chilly weather. He also has wee short legs as well as a very thick, dense body and although he loves the water he isn’t able to paddle his legs fast enough to stay up. So a dog life-jacket was purchased and that means he can swim around as much as he wants. 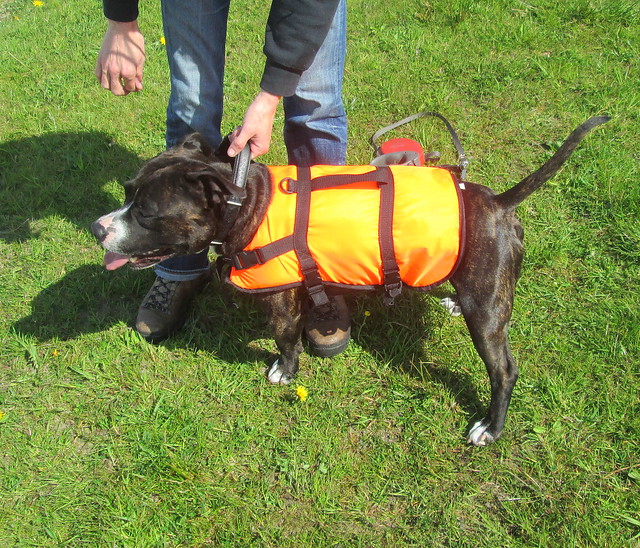 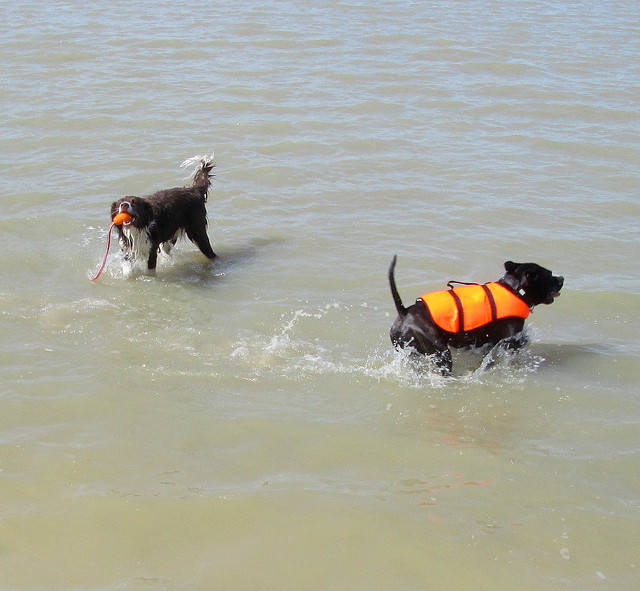 We went quite a long walk to reach this popular pond and unfortunately on the way Ziggy was attacked by another pit bull which made its way over a large ditch to reach us. Ziggy is such a sweetie and very gentle, but the other dog had a terrible owner who must have trained his dog up to be aggressive. Its ears had been cut off, leaving just small bits on his head, apparently that is what people do when they use dogs for fighting, it means there’s less for the other dog to get a hold of, it’s horrific, and illegal in Holland, they have to go to Slovakia to get dogs like that. Anyway, no damage was done to Ziggy, although that dog had three goes at attacking him, being dragged off by its owner each time. 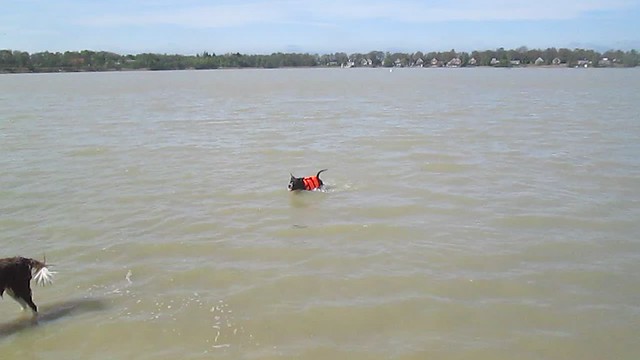 It was Fleur the border collie/spaniel cross who was barking back more at the attacking dog, but as you can see – it didn’t stop her from being completely laid back later on in the day. 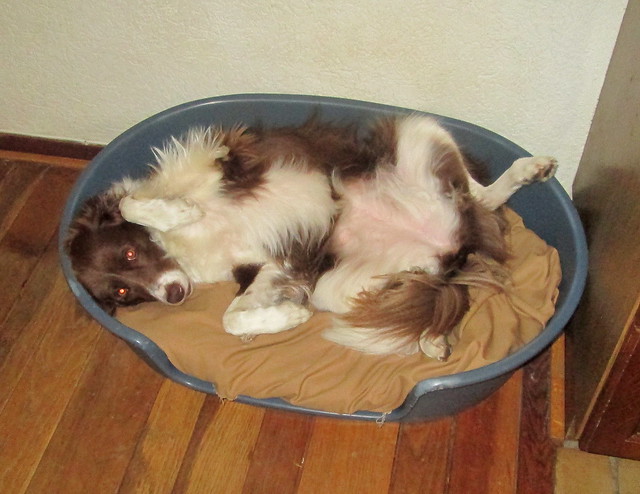 8 thoughts on “Meet Ziggy and Fleur”