I really enjoyed our trip to Norway, it was something I’d wanted to do again for donkey’s years, and often when you’ve looked forward to something so much it can be a wee bit of a disappointment. But Norway lived up to my expectations, I don’t suppose the fjords ever change, except when some more scree falls down the mountains, just making it even more scenic than before.

As ever, the food on the cruise was excellent, but luckily we were able to go for long walks when we got off the Black Watch, we were just about the only ones to do that, although one couple did hire bikes to travel up to the lakes at Flam. 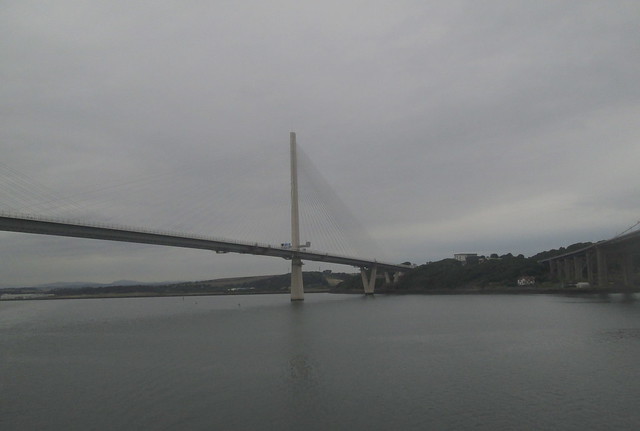 The cruise started off from Rosyth though and we were lucky enough to be the first cruise ship to sail under the newly completed Queensferry Crossing which was being officially opened by the Queen the next day. It had been closed to traffic to allow 50,000 people to walk across the bridge over the weekend, it’s not a pedestrian bridge normally. There was a lottery for the tickets so as you can see there were people waving at us as we sailed under the bridge. The bridge isn’t open to pedestrians at all now so that was a rare opportunity for them – and for the passengers who were out on deck waving back to them, quite emotional really. 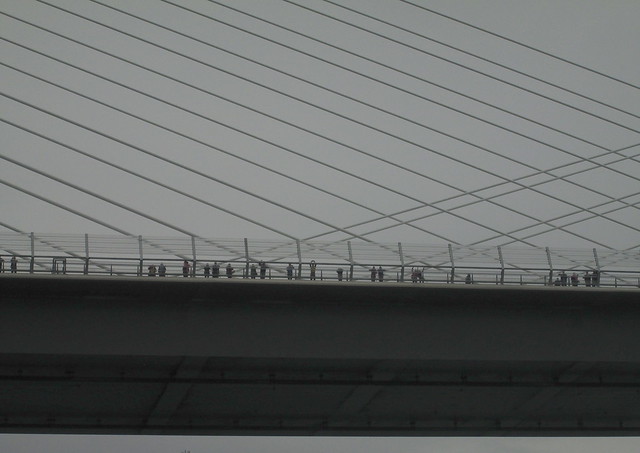 All going to plan tomorrow’s post will be in Norway!