From Lysefjord we sailed into Aurlandsfjord which turned out to be even more spectacular. It’s a branch of the much larger Sognefjord as in the map below. If you look to the right hand side of the map you will see Aurlandsfjord.

The photographs don’t look that wonderful, it was a grey day, but I think you can get a flavour of the ethereal atmosphere with the wispy low clouds. 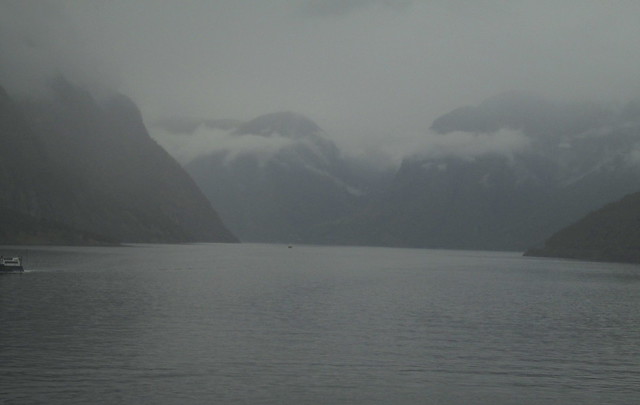 I think of Norway as being just like Scotland – with knobs on! It always amazes me that trees can thrive in such grim growing conditions, this is a very heavily wooded mountainside and the trees have their roots in the rocks. 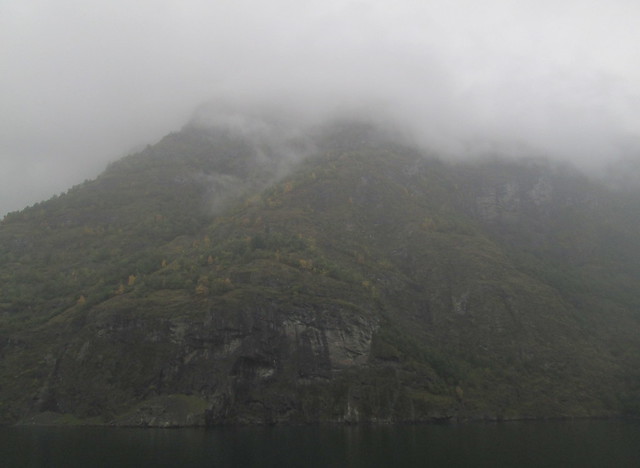 Aurlandsfjord leads to the small town of Flam (pronounced flom as in from) and on the way there there are small communities, wherever there are some small patches of greenery people have settled there. These pieces of fertile land are few and far between, most of Norway is too rocky for growing crops. That was the whole reason that the Vikings had to get on their ships and look for somewhere else to live, the land couldn’t support all of the inhabitants. 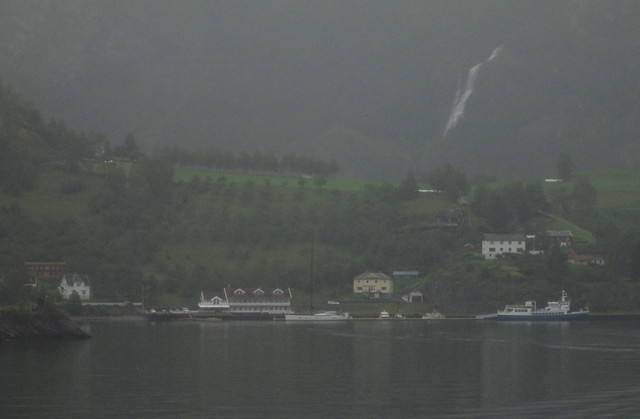 Some of these houses are only lived in during the summer, they look idyllic to me but I can imagine that the winters are long and grim. 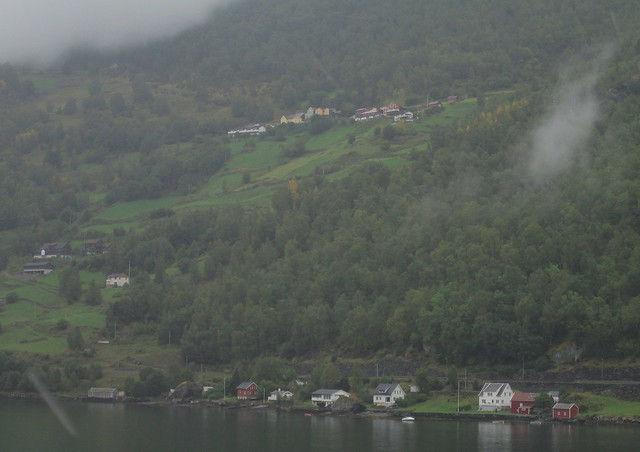 I was quite happy with our grey sky views of the fjord but if you want to see other people’s blue sky photos have a look here.