We stayed in Rochdale for a few days last month, visiting friends who live there. I knew very little about the place, apart from knowing that like many towns it has a very grand town hall built in the Victorian Gothic Revival style. We had just missed a tour of the building and they only have a couple of them a week, but we were being treated to afternoon tea in the tearoom there so we were at least able to see some of the interior. I can highly recommend the afternoon tea – delicious. 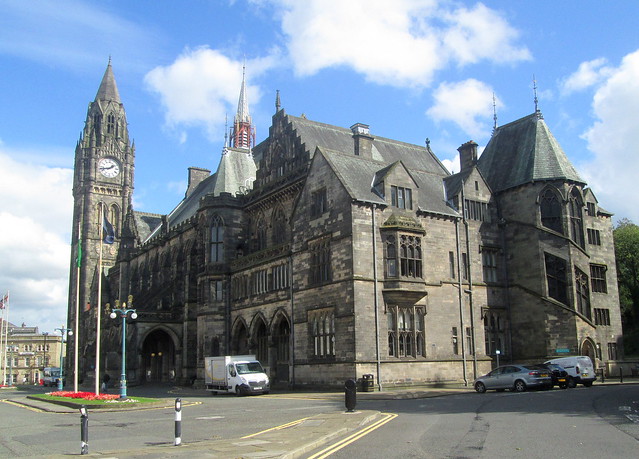 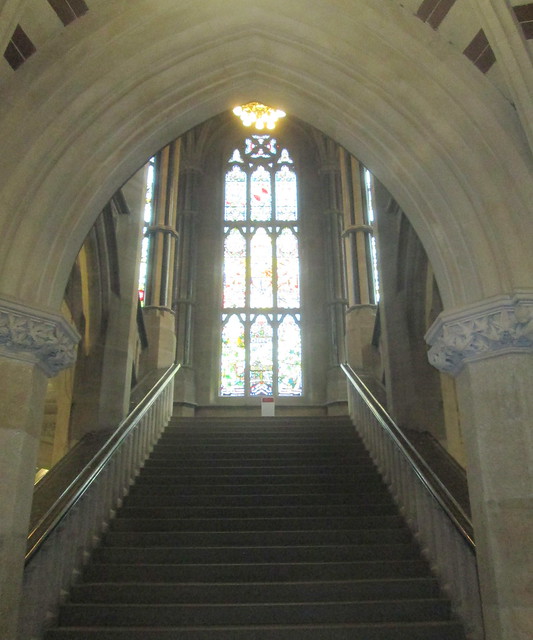 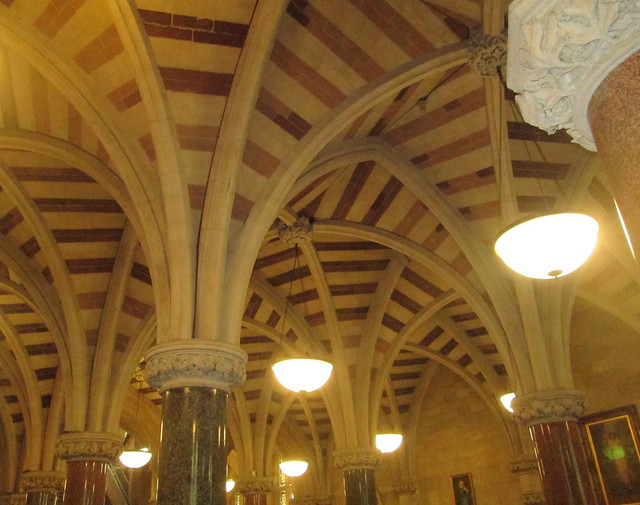 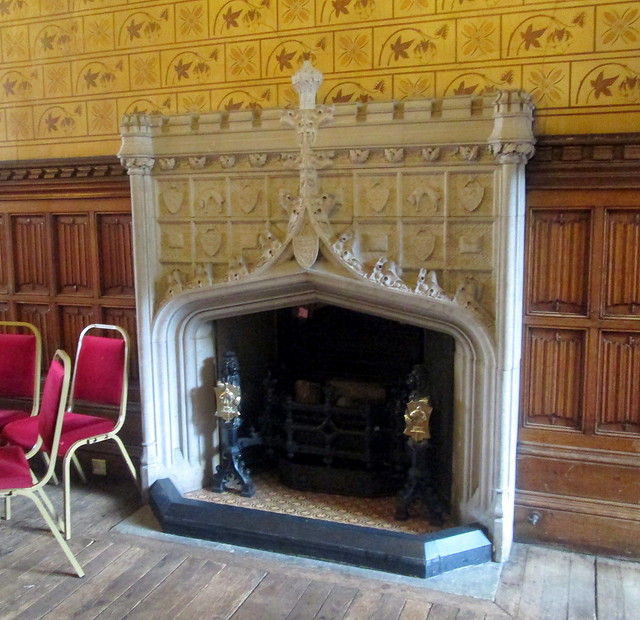 It’s a good setting for a wedding if you live in that area. 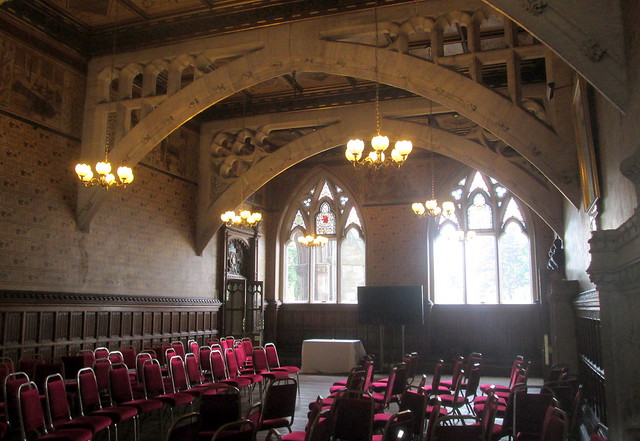 Sue and I made a trip to the loos and we were held up a bit because there was an old lady in front of us, obviously not able to walk very quickly – and leaning on a man’s arm. Luckily they veered off in a different direction and Sue said to me “Did you realise who that was?” No I didn’t. It was the actress Julie Goodyear, better known as Bet Lynch of Coronation Street fame! And – blow me down – she had been wearing her trademark leopard print too, just in case people failed to recognise her I think. We all saw her from the front later on so Jack and I feel we got the authentic north of England experience of seeing a ‘soap’ actor around town. With Emmerdale also being filmed nearby actors can apparently be seen around and about quite often.

If you have no idea who Bet Lynch was you might like to see the clip of her below, when she was in her heyday. This is probably from around when I gave up watching Corrie as they went from two episodes a week to just about every day of the week. Too much.

It was obviously too much for Julie Goodyear as she seems to have retired from acting to concentrate on breeding horses. Martin and Sue pointed her property out to us, on the outskirts of Rochdale, she has a good view anyway.

Rochdale has come in for a lot of flak in recent years but I was quite impressed by it.