Last month we visited Holmwood House in Glasgow which is an Arts and Crafts property owned by the National Trust. It was designed by Alexander ‘Greek’ Thomson. It isn’t a massive house, just four bedrooms and over the years has been owned by various people, before the National Trust took it over a Roman Catholic convent inhabited it and they made some strange changes to some rooms, including installing ‘confessionals’ in the dining room! The National Trust is slowly putting the place back to how it looked in its glory days.

The hall walls have just recently been refurbished, all hand painted by four men apparently, I don’t know how they had the patience for that! 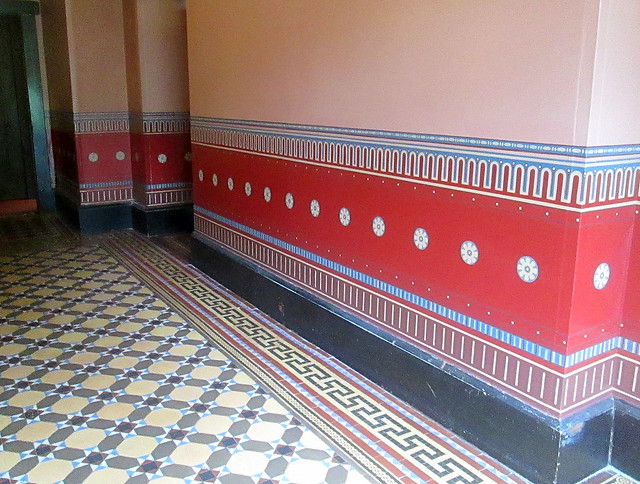 There are various designs of floor tiles that have withstood the years well. 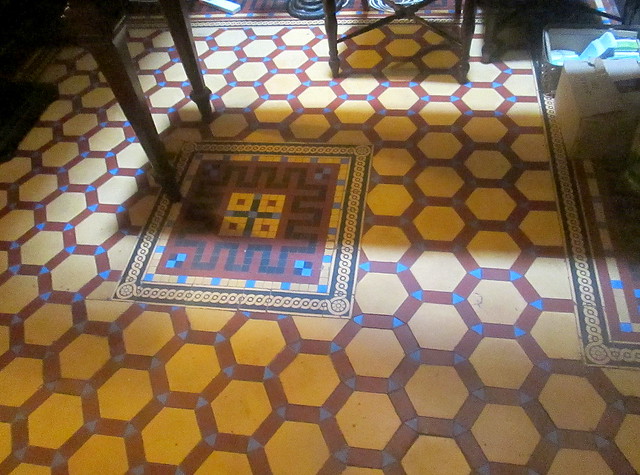 There had been a private school in residence at one point and had damaged the lovely wooden flooring, all part of the building’s history now I suppose. 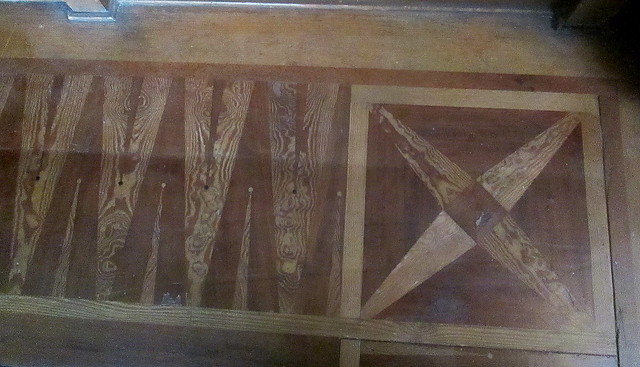 I’ve never seen a ceiling like the very ornate one on the oriel window of the drawing room below. It was designed so that the blinds and curtains are recessed behind it so you can’t see the top of them, very posh! 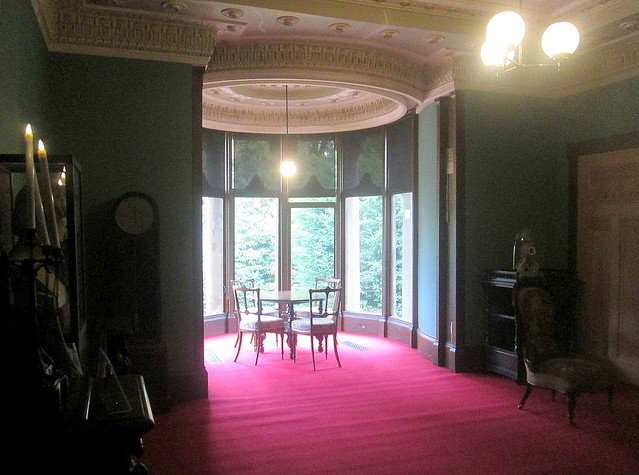 A close up of the window recess ceiling. 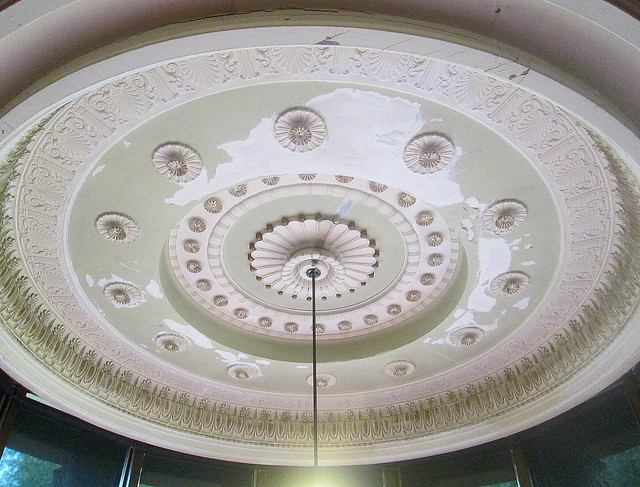 The colour scheme in the drawing room is certainly vibrant. 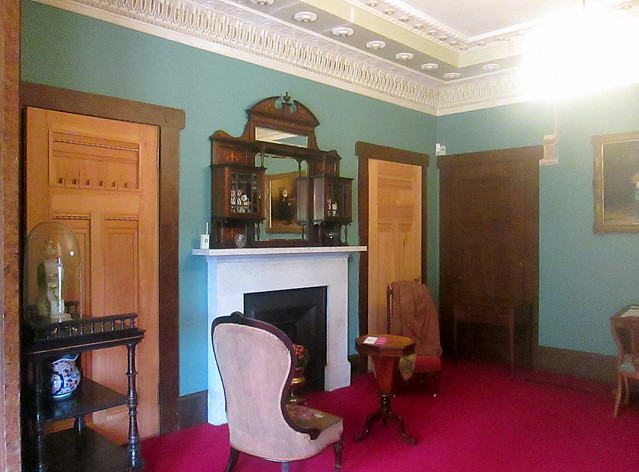 I have no idea why there’s a hallstand in the drawing room. Holmwood is still a work in progress. 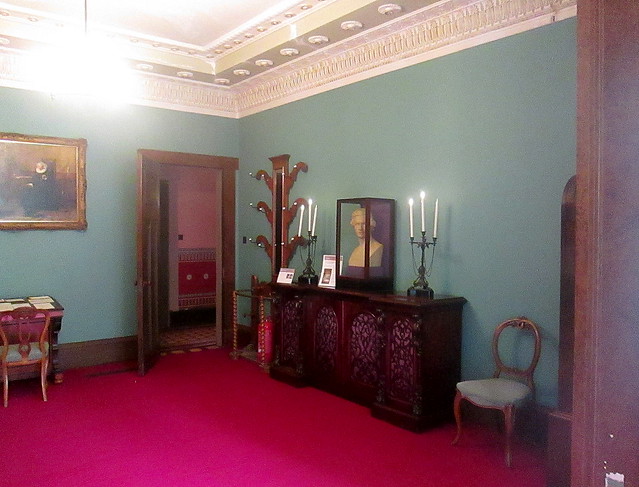 The ceiling ‘rose’ in the midle of the drawing room ceiling is quite unusual, the actual ceiling is marbled, a paint effect I think. At first glance I thought they had had some water damage but phew, it’s meant to look like that. 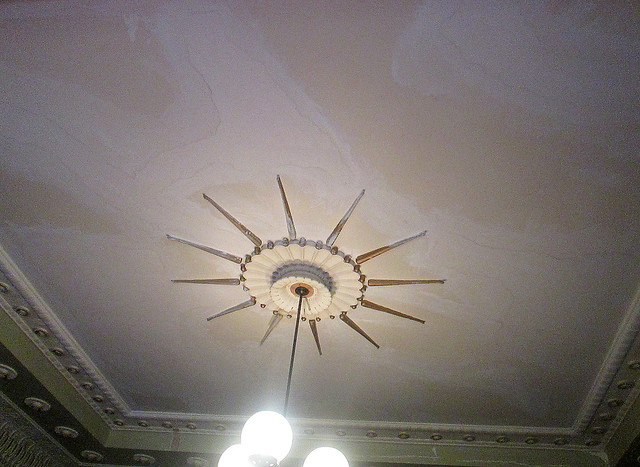 I have quite a few more photos but that’ll do for now. I thought I’d already done a post about the outside of the house but apparently not.