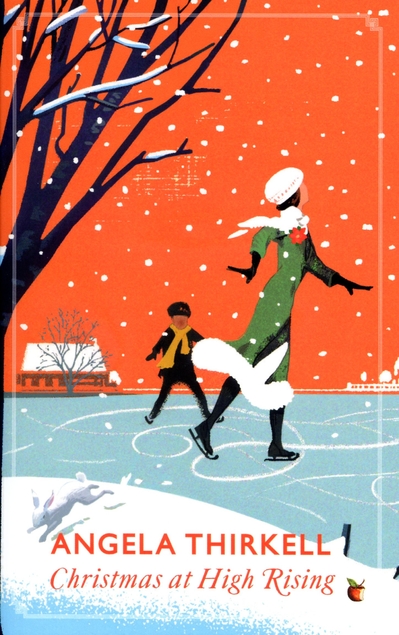 Christmas at High Rising by Angela Thirkell is a collection of her short stories which appeared in various magazines such as Cornhill Magazine and Harper’s Bazaar ranging in date from 1928 to 1942.

I was slightly disappointed with this collection because due to the title I had been under the impression that the stories were all Barsetshire related – but they aren’t. The ones that are mainly feature the Morlands and George Knox. Although Knox is a character that Thirkell was obviously having a bit of a laugh at as a typical know-it-all poser and bore, she generally takes him just a wee bit too far ending in him being a bit too tedious as far as I’m concerned.

The stories feature such things as a trip to a pantomime, an arty one involving people at a private view and some children who live in London with their parents and a nanny who is very much in control – compared with the mother anyway.

If you’re a fan of Thirkell you’ll probably want to read this book as we all tend to want to read whatever of hers is available – unless of course George Knox drives you round the bend!

8 thoughts on “Christmas at High Rising by Angela Thirkell”