When we visited the Muriel Spark exhibition at the National Library of Scotland last month I was disappointed that they weren’t allowing people to take photos of the exhibits, but I was allowed to photograph the book sculptures that are on display in the foyer. An anonymous female sculptor made these lovely things and left them at important cultural locations. 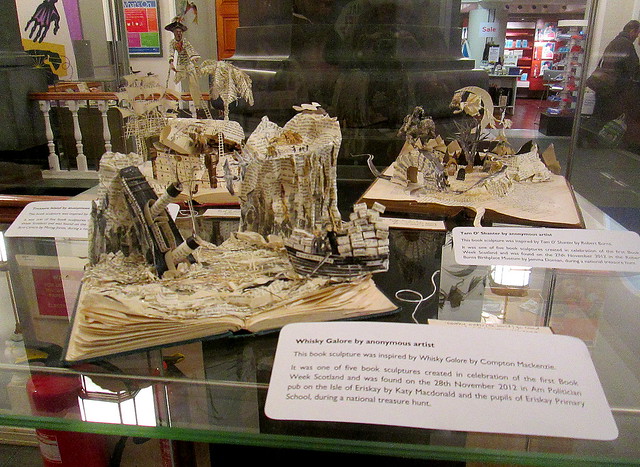 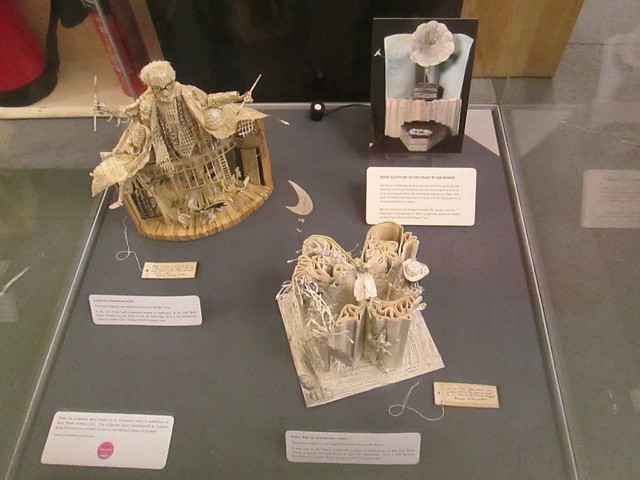 The first sculpture was found in 2011 and nine others appeared at various locations in Edinburgh. In 2015 the artist decided that her project was coming to an end and she announced she wanted the public to help her with the last one – The Butterfly Tree and Lost Child. People sent in butterflies to be included in the design. The artist has remained anonymous. You can see some images here. It’s obviously much bigger than the others.

2 thoughts on “Book sculptures in Edinburgh”