I hope you’ve had a nice wee rest after that last walk in Fife. It’s time to get back to the last third of it which will bring us back to the small town of Markinch in Fife.

We’re going gently downhill now and on the right hand side of the path there’s a wooded area with piles of large stones, all moss covered now but it seems that this used to be a mill which has been overtaken by nature since it became disused years and years ago. 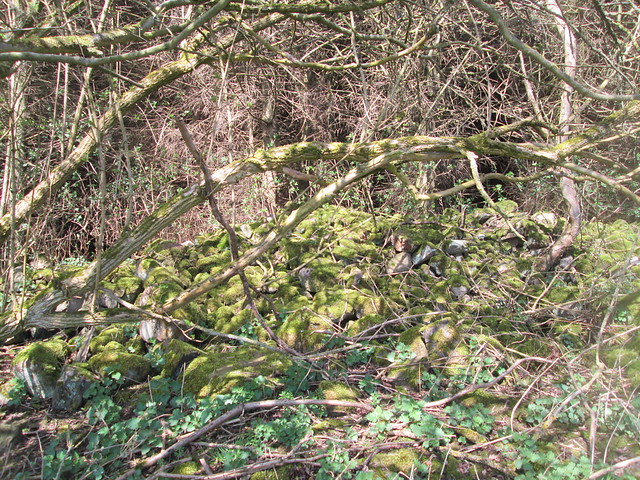 The mill stream is still running though, although I would call it a burn as we’re in Scotland. I love running water and can’t resist stopping and having a good look for any wildlife there might be around in it. 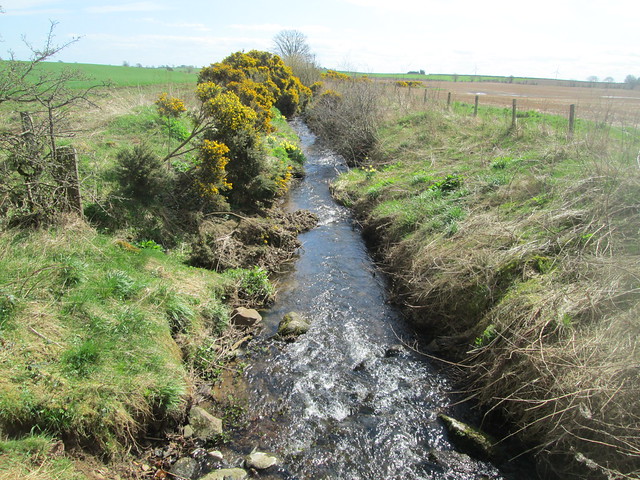 As we walked around in a big loop I suppose the farmland in the background must be the other side of the fields that we saw earlier, or not that far from them anyway. 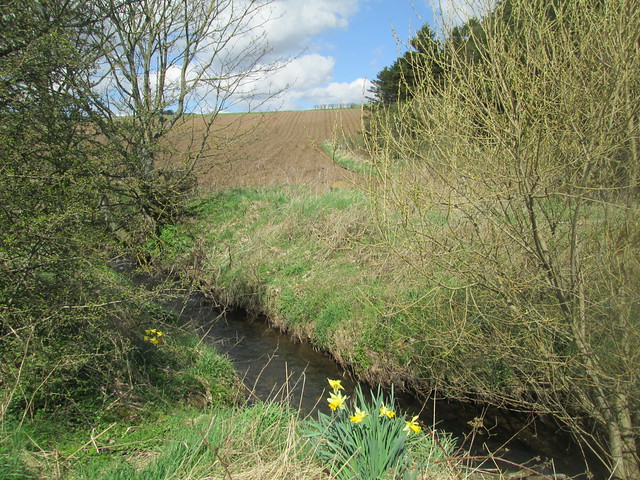 But it seems that wherever you are in Scotland you’re never very far from a flock of sheep! Apparently years ago there was a large house in this area but it was demolished and only the smaller buildings have been left standing. 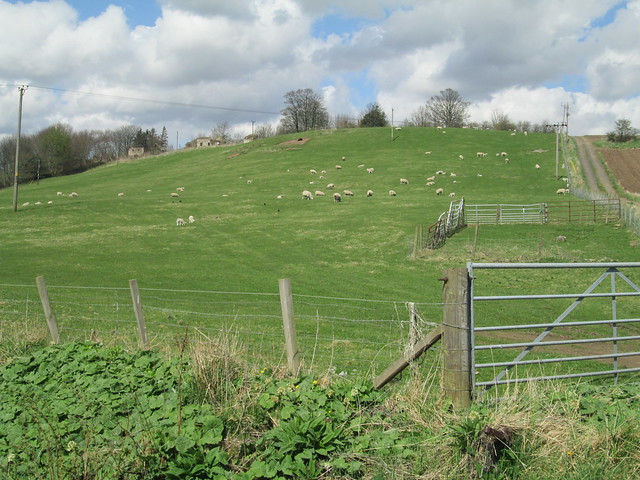 If you look carefully you’ll be able to see the walled garden which belonged to the large house though. In the photo they don’t look that tall but they must be at least ten feet high I think. I’m now wondering if it has also been totally abandoned or if a nearby small house has taken it over. It’s all so Secret Garden-ish and I’d love a look around inside those walls. 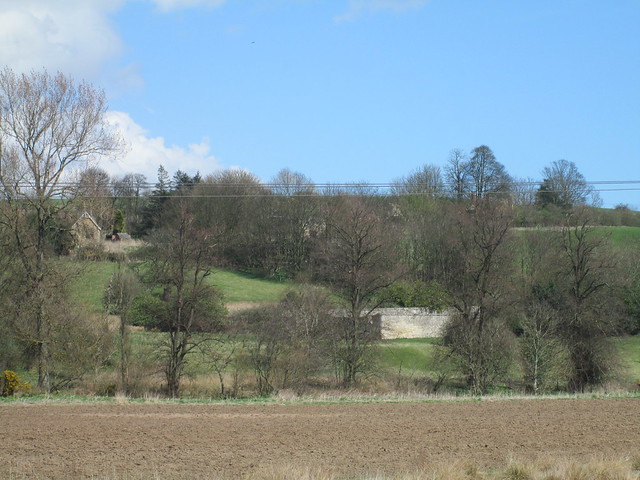 As you can see we’re now nearly back at Markinch where we began this walk, you can see the spire of the 12th century church (St Drostan’s) in the distance. 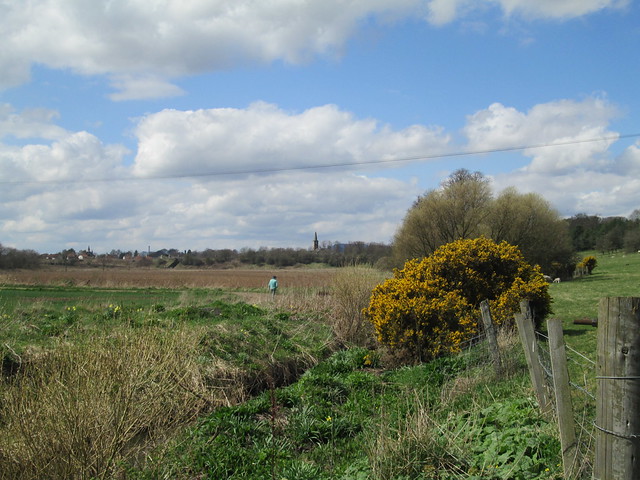 By the time we reached the town I was glad that we had parked the car there as the long walk back on what was for us a hot day would have been too much to contemplate. That was a very gentle walk, just 2.5 miles and no doubt we’ll be taking longer ones this summer – weather permitting. 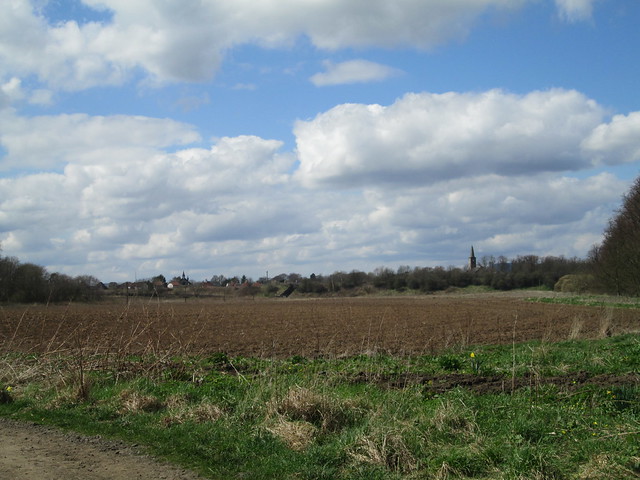 I hope you enjoyed stretching your legs a wee bit!