We visited Dundrennan Abbey last week. It’s a ruin now unsurprisingly as building here began in 1162, it was a Cistercian Abbey. If you visit the abbey keep your fingers crossed that you get Glyn as your guide as his knowledge and enthusiasm for the subject are something to witness. 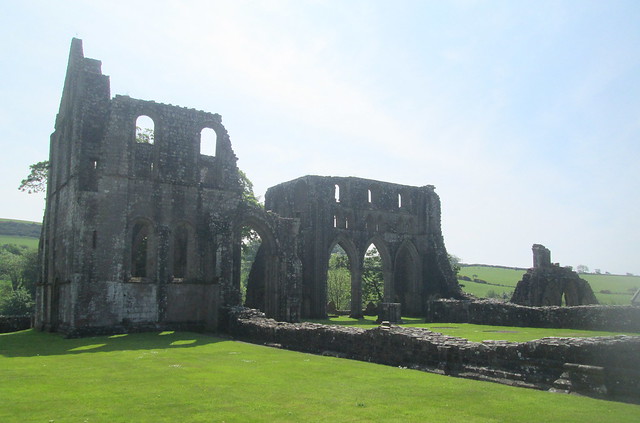 The abbey is of course a ruin now as it was abandoned as a church centuries ago. This is where Mary Queen of Scots spent her last hours on Scottish soil before she was taken to Workington, probably by the tide, where she was made prisoner by the English to begin what turned out to be 18 years of incarceration before her execution and martyrdom (if you are of the Roman Catholic faith). 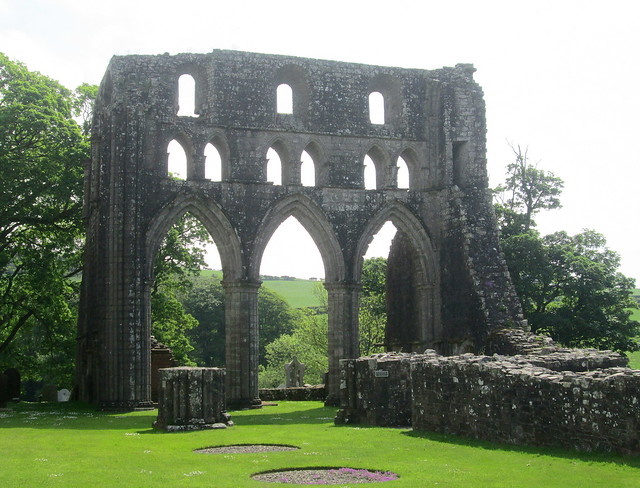 She rode here from Langside in Glasgow where the last battle was fought and lost by her troops. Almost certainly she didn’t go straight to the Abbey as that would have been too obvious a destination for her pursuers. It’s thought that she went to a house in the forests nearby (according to local history) but after a few days she left that place and spent the night in the Abbey’s commendator’s house. Was she waiting for a ship to take her to France and safety? Ships sailed almost right up to the abbey from the Solway Firth in those days. She was probably trying to make up her mind where to go, she would have realised that her presence in France wouldn’t have been welcome. They wanted rid of her immediately after her husband the Dauphin died. Perhaps Spain would welcome her. We’ll never know as spies had tracked her movements and the rest is history.

Below is a photo of storage areas, housing mainly bits of stone carving now but the site of the building where she stayed. 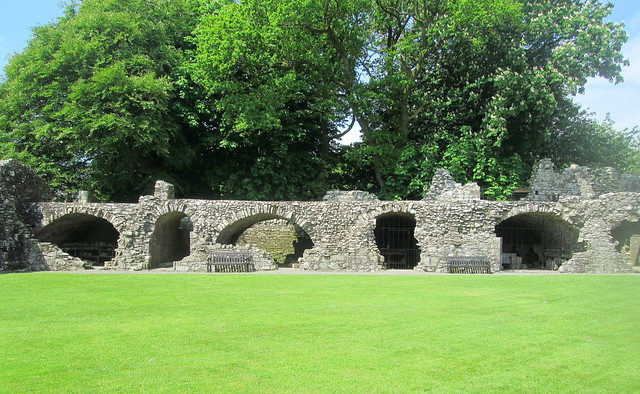 I was interested to read that one of the gravestones here refers to a knight called Livingstone of Culter. Dorothy Dunnett’s Lymond Chronicles are set around the Scottish Borderlands and of course she used the place name Culter although she didn’t base the Lymonds/Crawfords on any particular people apparently. 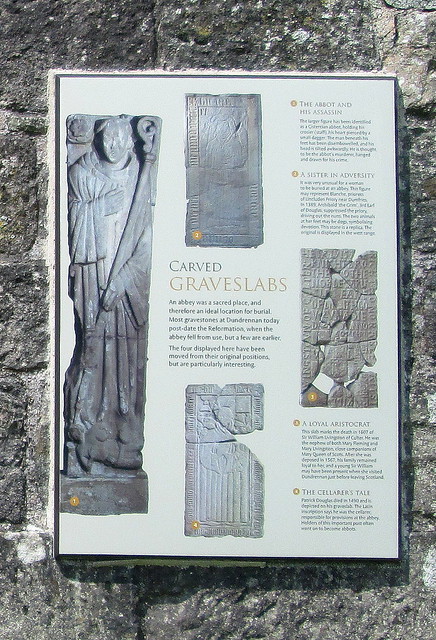 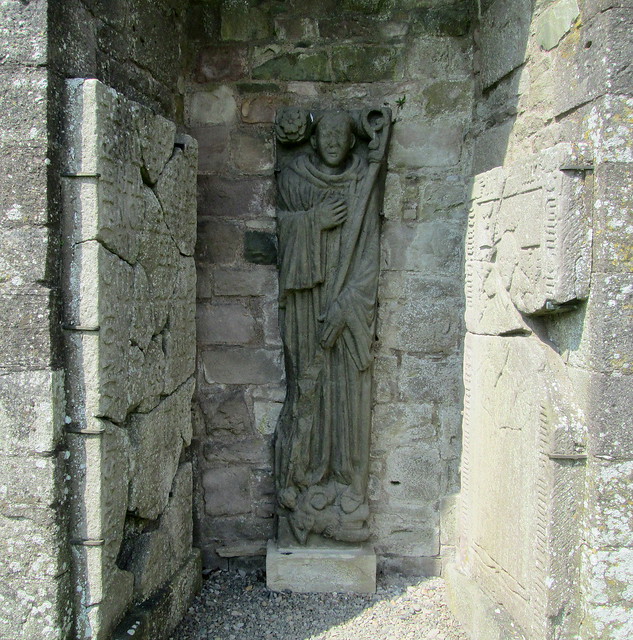 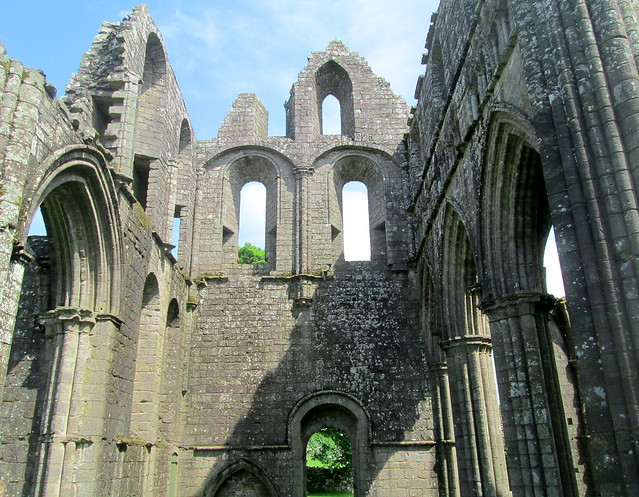