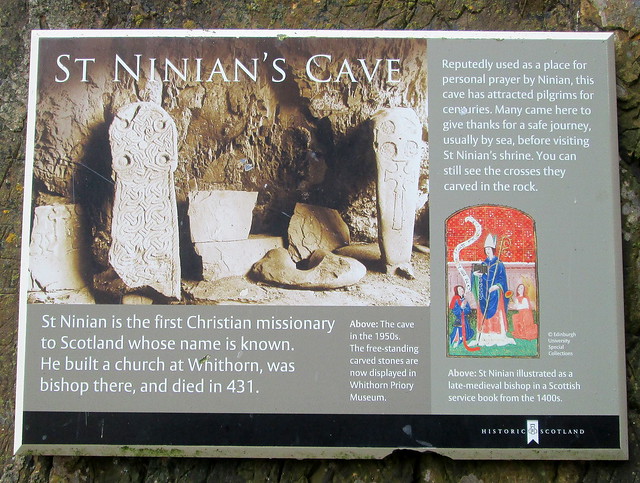 When we were in the county of Dumfries and Galloway (south-west Scotland) recently we decided to visit St Ninian’s Cave which is near Whithorn. It’s apparently a place that St Ninian – the man who brought Christianity to Scotland way back in the 390s – used for contemplation and prayer. I must admit I hadn’t realised it was quite that long ago. It’s really a very small cave nowadays, but probably over the years it has suffered from rock falls and been eroded by the sea. 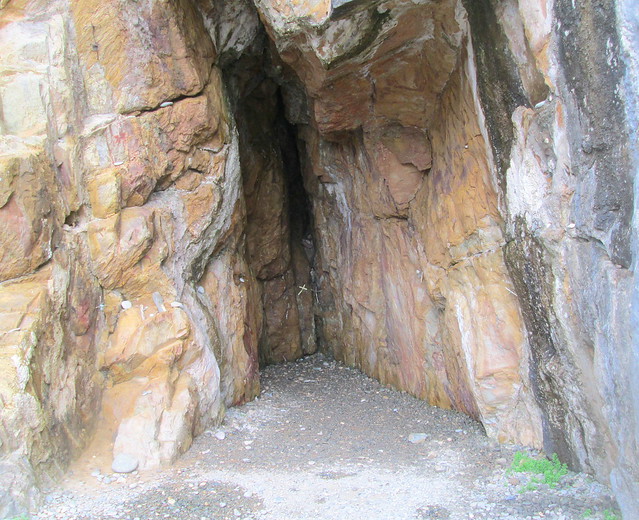 When we reached the car park for the cave a bus full of school children and teachers complete with guitars had just disembarked. So we decided to race on ahead of them so we could reach the cave before them and sample the atmosphere better. It was apparently a walk of a mile or so, it seemed longer, through woodland before reaching what is a really beautiful beach full of the most interesting and lovely stones I’ve seen on any beach. It was slightly misty though. 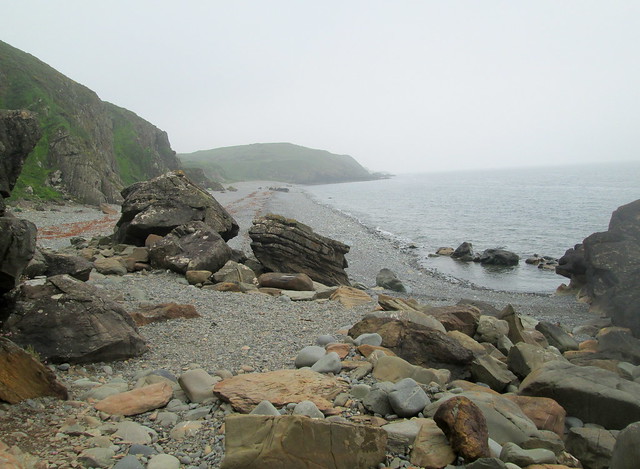 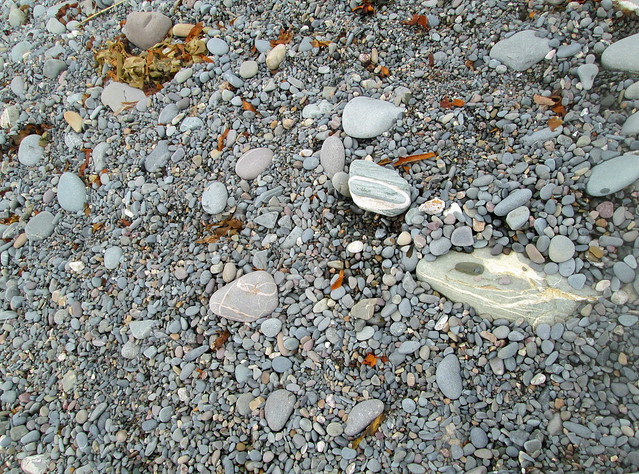 The cave is still a place of pilgrimage for Christians and a lot of home made crosses large and small have been left there, and also flat stones which have been painted with the names of loved ones who are presumably no longer with us. 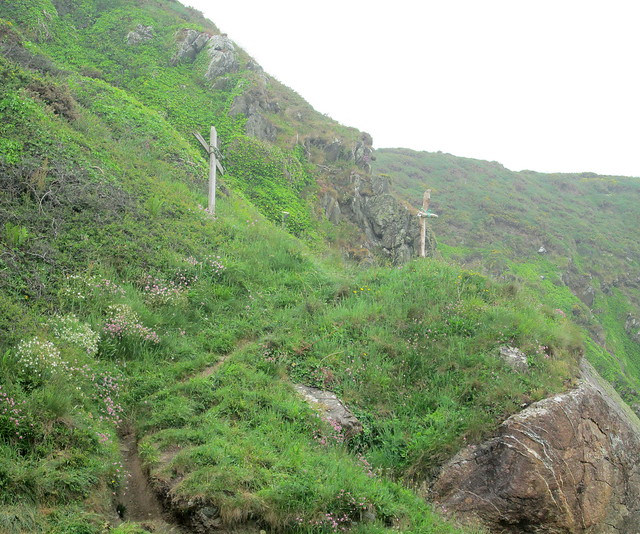 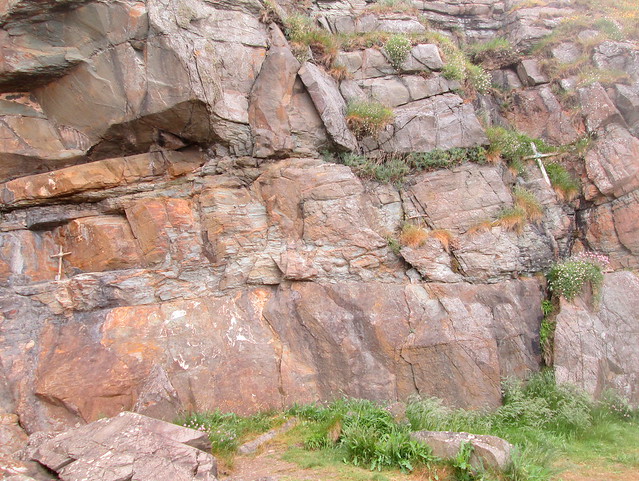 To reach the cave you have to trudge over 400 yards of a beach which isn’t at all easy to walk on, when we left the area the kids on the school trip hadn’t begun to do it. They were being preached to – poor souls. No words were needed, it’s just a beautiful peaceful place. I’m glad we got to it before its atmosphere was filled with Kumbaya, or maybe it would have been Morning Has Broken.

I’m not at all religious but this is a very nice place to visit, even on a sea misty day. 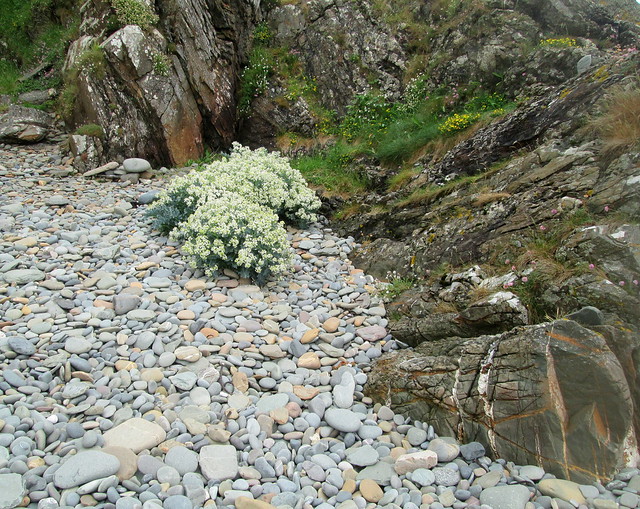 4 thoughts on “St Ninian’s Cave near Whithorn, Dumfries and Galloway”