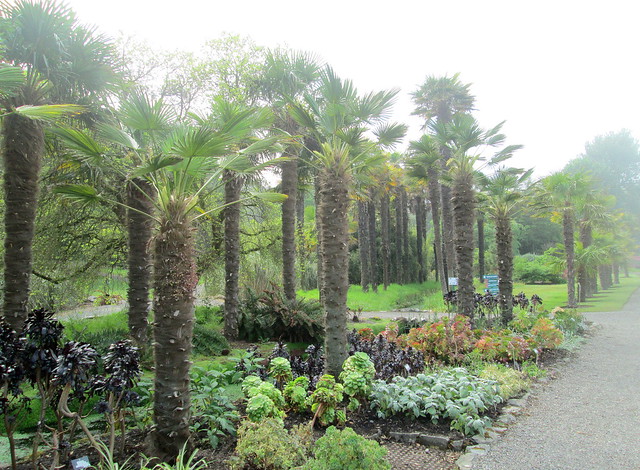 For years I’ve been reading about Logan Botanic Garden in Dumfries and Galloway, that part of Scotland has a milder climate than the rest of the country, being in the south west the weather is most influenced by the Gulf Stream so is usually frost free, hence tree ferns can safely be grown there as you can see. I must admit that they’re not my favourite sort of plants but there were plenty of others to admire. 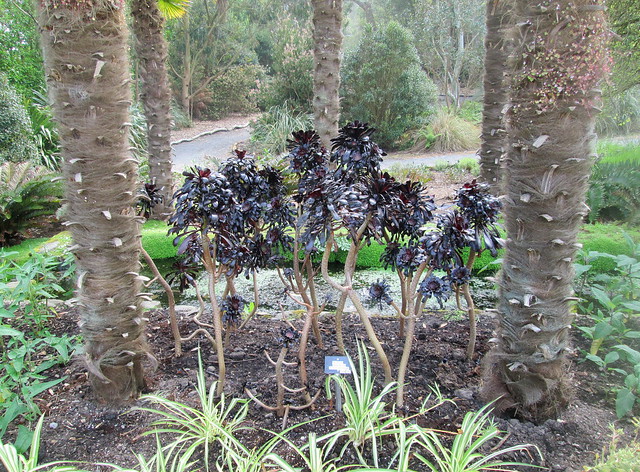 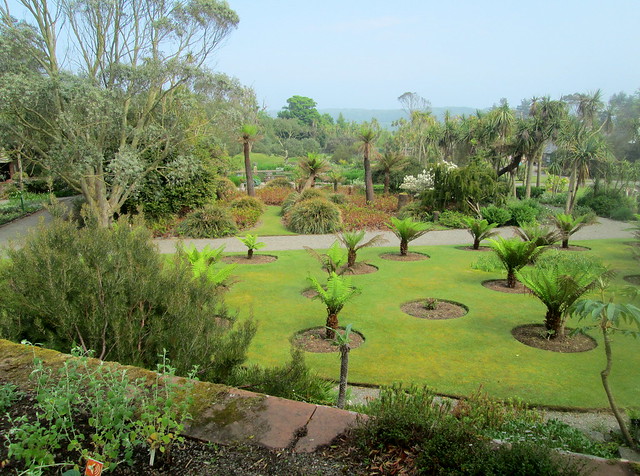 The Mecanopsis obviously enjoy the growing conditions there. This must be the most often manslaughtered plant in the UK. I’ve tried it several times in various gardens and I’m trying it yet again, so far so good although it hasn’t flowered yet. 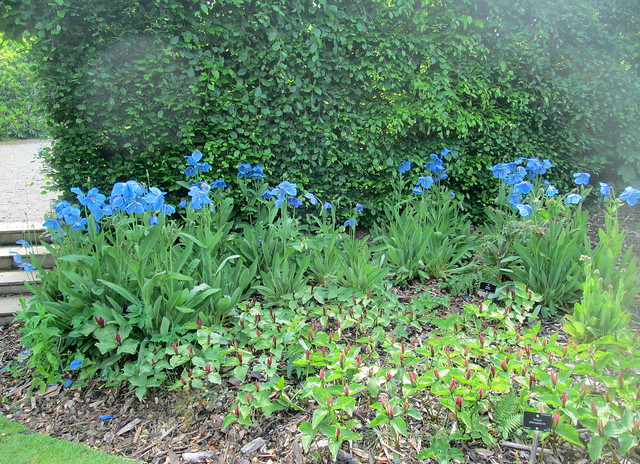 There was a shy and retiring big orange bird wandering about in the Australasian section, I hope there are more of its kind to keep it company. 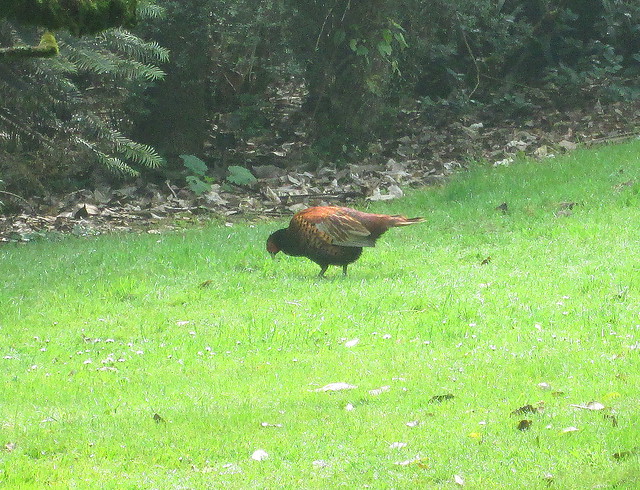 You might find it hard to believe but neither of us had seen newts before, this pond was full of them. 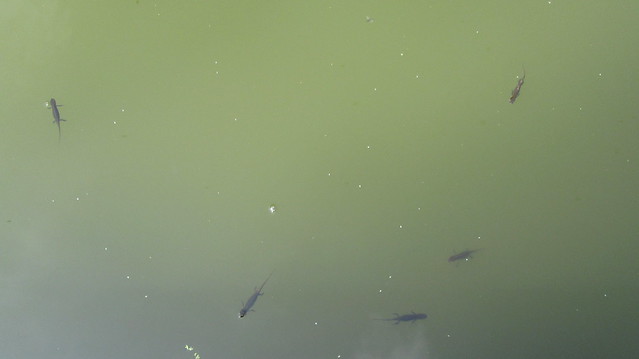 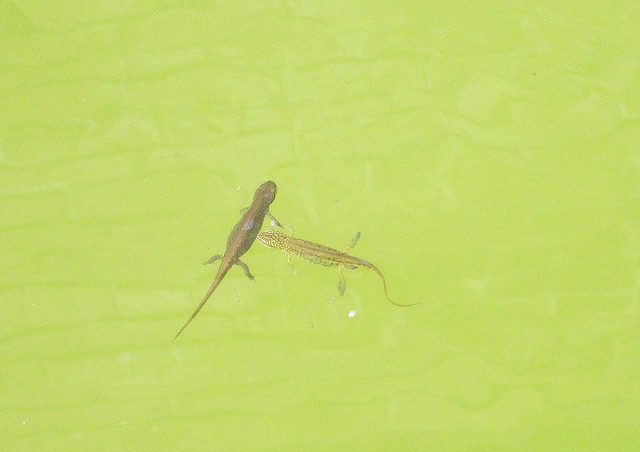 These ‘palm’ trees are often grown in coastal places around Scotland but they’re usually a lot more scruffy looking. 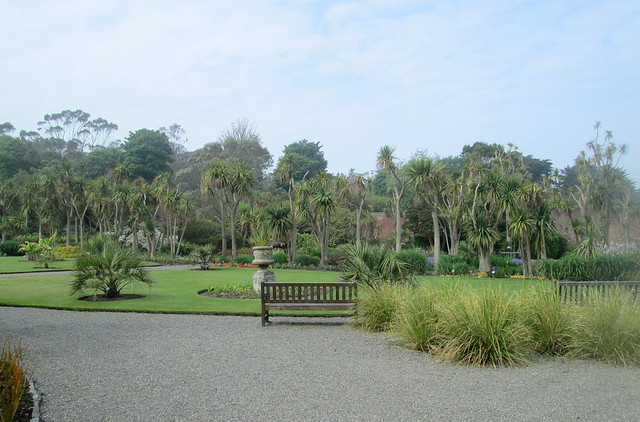 It seems that wherever you wander in Scotland there’s a castle or tower ruin nearby and the same goes for Logan Botanic Garden which has Balzieland Castle in the middle of it, it isn’t open to the public but if you’re interested in its history have a look here.. 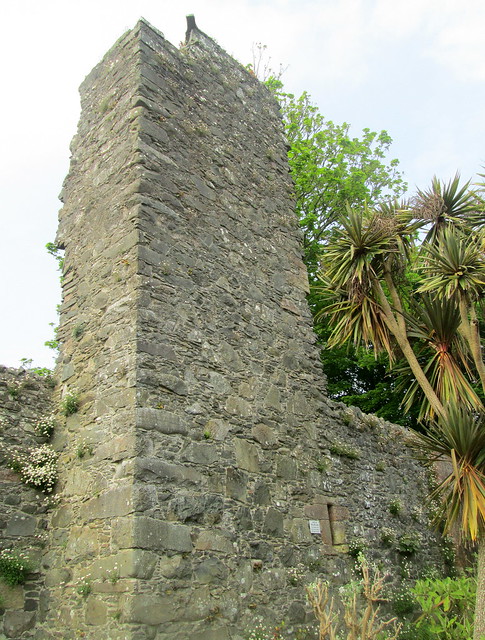 It was a gorgeous afternoon and I had a lovely time but I must admit that I much prefer native plants to exotic plants which are quite likely to need mollycoddling to get through the winter, although maybe that’s not really necessary at this location.