One beautiful day last week we decided to visit a nearby estate garden which is open to the public. We had never been before but the address in books was given as Collessie, so we drove to that small village, a place we had never been before despite it being just a few miles from where we live. We never did find the estate garden that day as it’s actually on the road to another village. I was enchanted by Collessie though so we spent an hour or so walking around the very historic village. Below is a photo of what had been the post office and is now someone’s home. Post Offices have been closed down all over the country which is a tragedy as they were often the hub of a village. In fact this place has no shops or anything, just a church and a community hall. 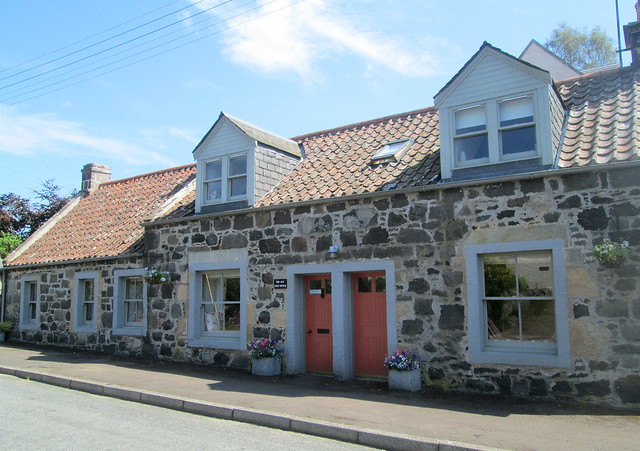 It’s like stepping back into a sort of Brigadoon. I’ve only seen a few thatched houses in Scotland, they’re much nore common in the south of England, so I was amazed to see several of them in Collessie. The village apparently has the most thatched roofs of anywhere in Scotland. 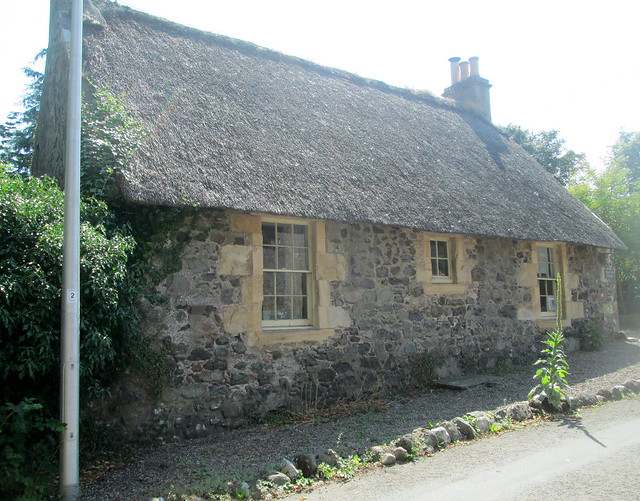 They look lovely but we have friends who lived in a thatched cottage down south and they said that as soon as the weather turned a bit cold – all of the local ‘skittering’ wildlife moved into the roof for warmth, not my idea of fun. Especially as they didn’t stay in the thatch but made forays into the house. 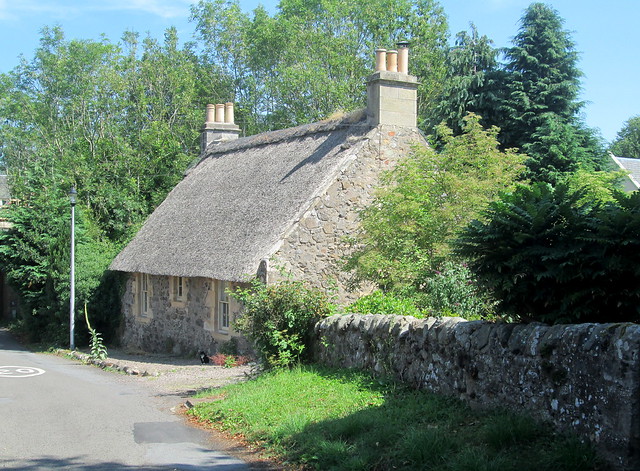 Of course not all of the cottages have thatched roofs, but the street below is still amazingly quaint looking. It looks like nothing has changed for a couple of hundred years. 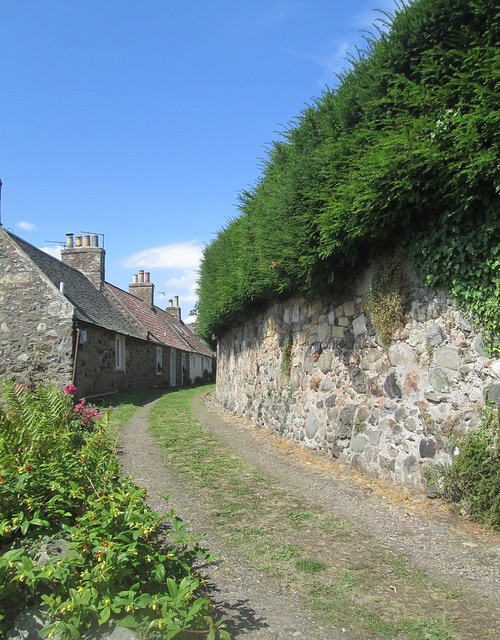 I think that the road in the photo below must have been the main road leading to St Andrews which was of course a popular place for pilgrims to walk to in the days of the early Christian church. You can see the church beyond the thatched roof, it has been extended a lot over the years but the original part of it dates from before 1243 which is when it was consecrated by the Bishop of St Andrews. 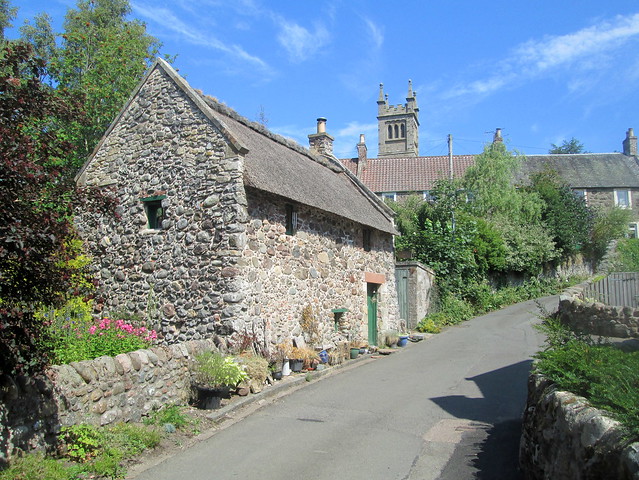 Considering the size of the village this church is enormous. I think that over the years the population must have decreased a lot. 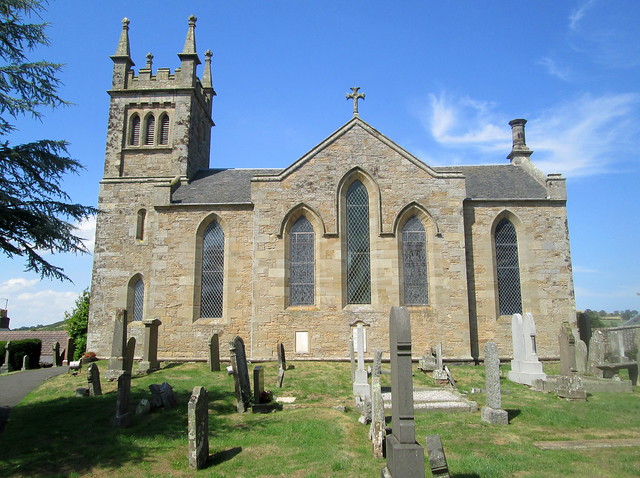 The village is a bit of a dead end as it has been by-passed by a larger road which is why we had never been there before, but it’s definitely worth making a detour off the main road to step back in time to Collessie. I’ll put a few more photos of it up tomorrow.