One day a couple of weeks ago we braved the heavy traffic and crowds of the Edinburgh Festival to visit the Modern Two Art Gallery, mainly so that we could see the Emil Nolde Colour is Life exhibition which is on there at the moment (until 21st October). Sadly you have to pay to see this exhibition, but as Friends of the Gallery we got in free.

I must admit that I don’t think I had ever heard of the German artist Emil Nolde before. His reputation was harmed because in the early 1930s he joined the Nazi party. Possibly he did so in the hope that it would help his career but if so it backfired because Hitler declared him to be a degenerate artist. In fact in that highly popular degenerate artists exhibition that the Nazis put on. Nolde’s works featured more than anyone else. If you’re interested in seeing some of his works and a short film about him have a look here. 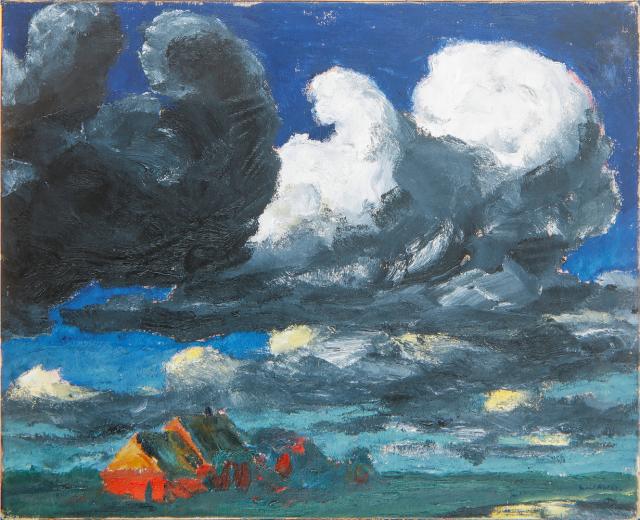 There are also a lot of pencil drawings that show how talented he was. You can see more of his paintings here.
Jack blogged about this exhibition here.