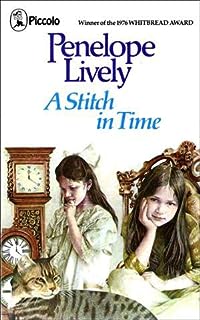 4 thoughts on “A Stitch in Time by Penelope Lively”