We had arranged to go and visit our friend Eric last Monday and luckily it turned out to be a beautiful day for it. But then it always seems to be a blue sky sparkling sort of a day around Cove and Cockburnspath in Berwickshire whenever we go there. Why not join me on my walk there?

The lands of Cockburnspath were part of the dowry given by James IV of Scotland to Margaret Tudor (daughter of Henry VII of England) on their marriage in 1503, it’s a lovely place but so off the beaten track that few people seem to know about the place. Our visits always include a walk down to the coast to the teeny wee historic harbour of Cove. This time we went the scenic way along narrow lanes, avoiding the main road. This flowering currant was putting on a good show beside one rather remote cottage. 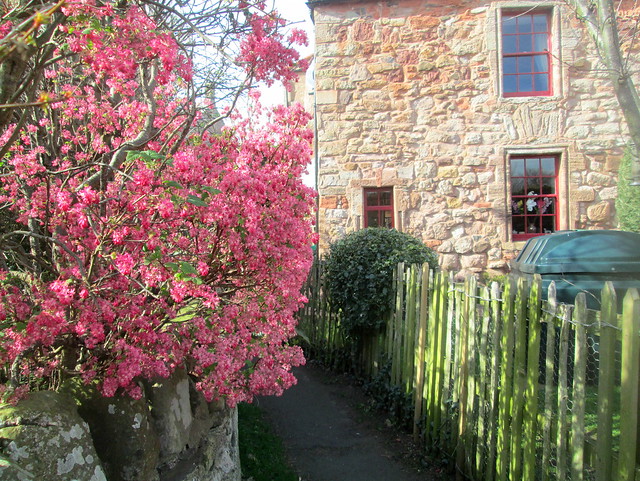 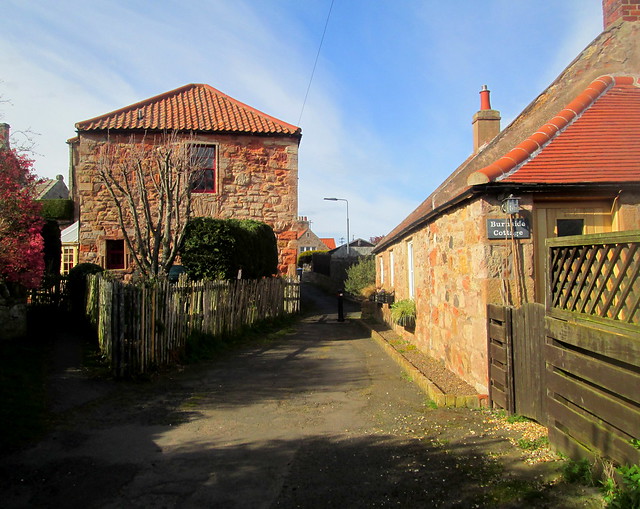 The lane becomes a narrow footpath, as you can see the daffodils are out. 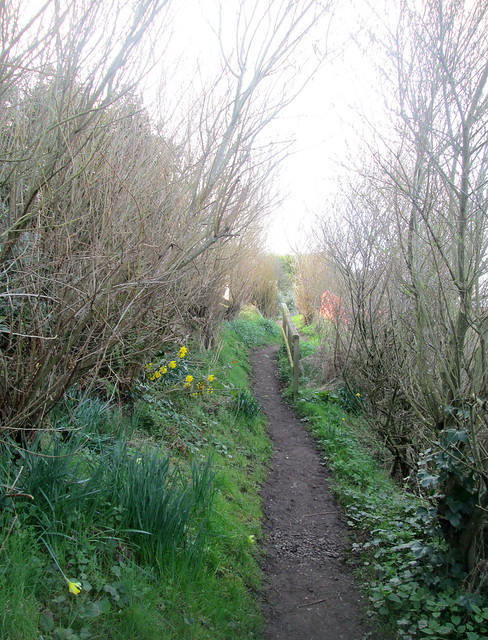 It isn’t long before you catch a glimpse of the coast in the distance across some fields. 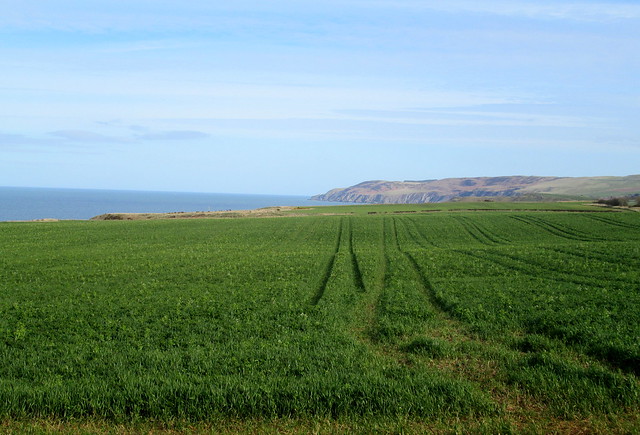 I was relieved to see that the tide wasn’t too far in. 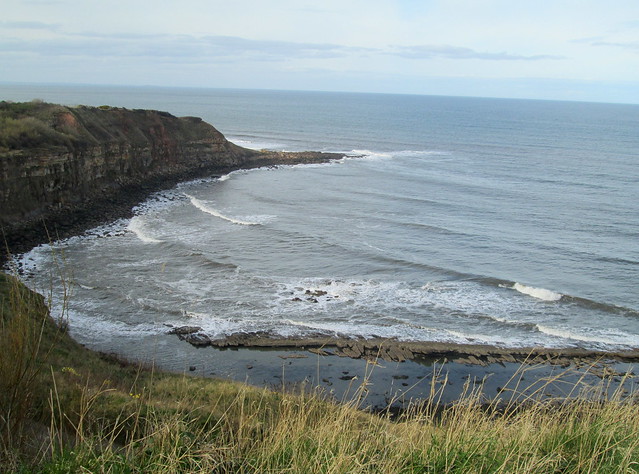 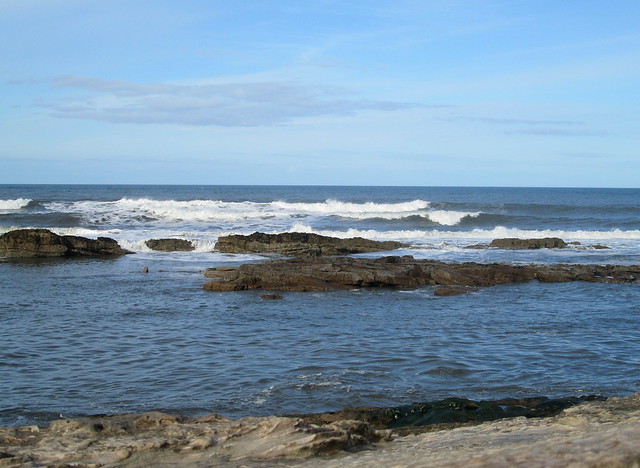 Uther the red and white setter was in a hurry to get down there, but I lagged behind him, Jack and Eric, taking my time to get some photos. 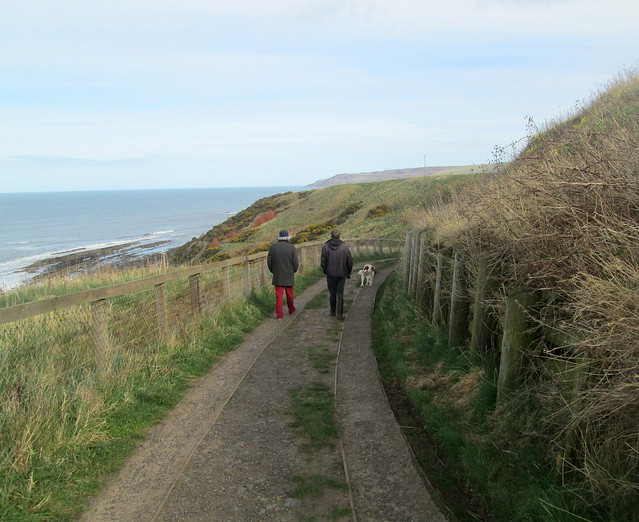 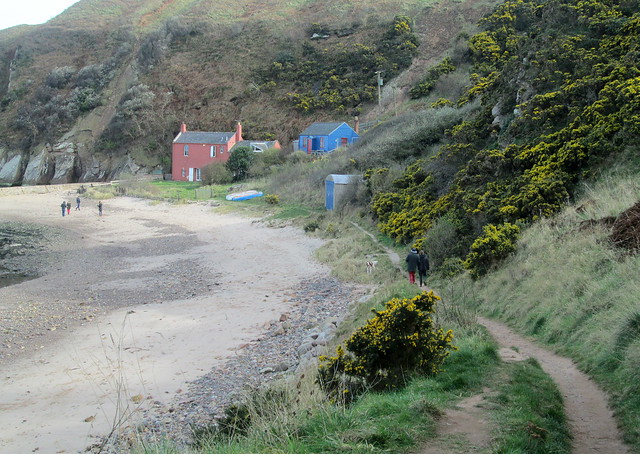 It certainly felt like spring had sprung, but Uther didn’t brave the sea, in fact he never does. He just loves the sights and smells, and enjoys digging up crabs to crunch now and again. I suspect those crabs must be dead but they don’t seem to cause him any harm. 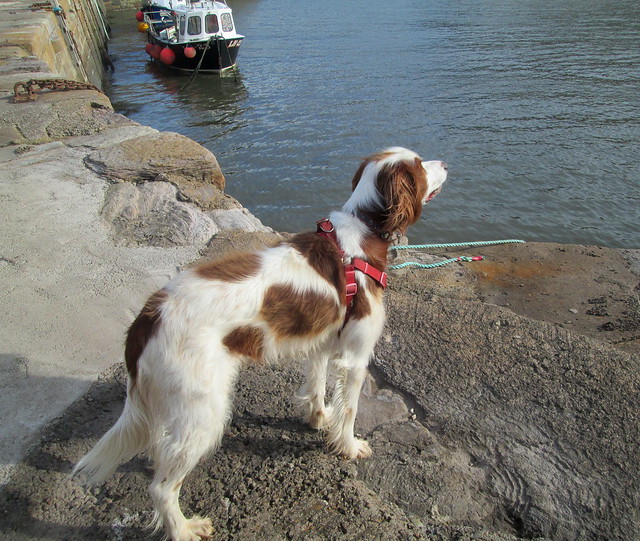 I’ll continue with our journey tomorrow. I hope you’re up for it, it’s just a pity that you can’t catch the fresh coastal air.

Meanwhile you can see more of my older photos here.

10 thoughts on “Another walk – Cockburnspath and Cove, Scottish Borders / Berwickshire”