A few weeks ago we had friends from England staying with us and they wanted to visit Rosslyn Chapel which was made famous by Dan Brown’s book The Da Vinci Code. So off we set, in sunshine, but as we got closer to Rosslyn the heavens opened and it was a very wet walk for us from the car park. The chapel was originally called the Collegiate Chapel of St Matthew, and dated from the 15th century. It’s situated not very far south of Edinburgh. 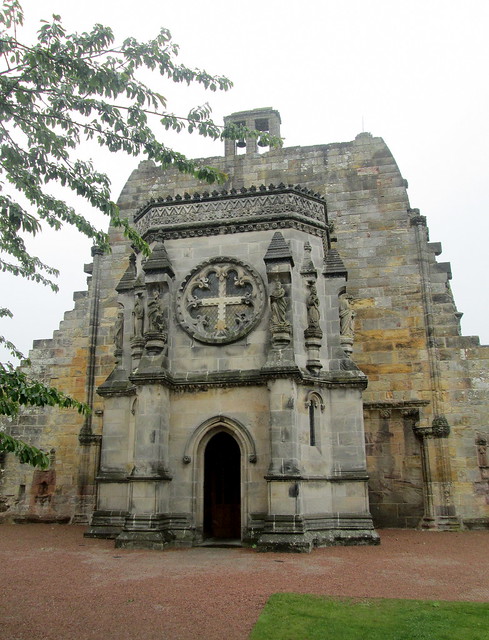 After a brief look around the packed out gift shop and buying our tickets we raced out to the chapel, obviously getting even wetter on the way. The chapel was much smaller than I had imagined it would be and it was absolutely mobbed, but we managed to get seats and were enjoying an interesting and amusing talk from the guide. Then another guide came in and asked her to stop as another busload of tourists had just turned up! We all had to budge up and make more room for them, even William the resident cat was evicted from his comfy abode on a pew above a hot air vent in the floor, he wasn’t best pleased. 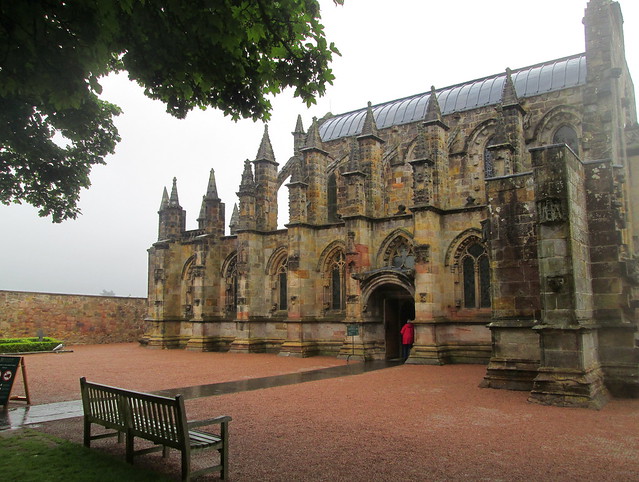 Sadly and stupidly, they don’t allow people to take photos inside the chapel, but all the foreign tourists immediately forgot that they could speak English and went about snapping anyway. We didn’t of course which is a real shame as the decorative stonework is fantastic. However all those taking naughty illegal photos have kindly put them on the internet so you can see them here.

Mind you, the official Rosslyn Chapel website has an explore the carvings section. 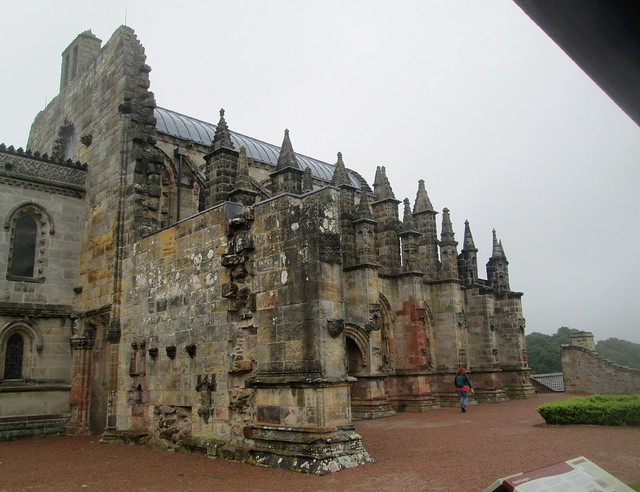 When I mentioned to various friends how crowded the chapel was when we were there it turned out that we were incredibly unlucky as they had all had the place almost completely to themselves which especially suited the cat lovers among them. 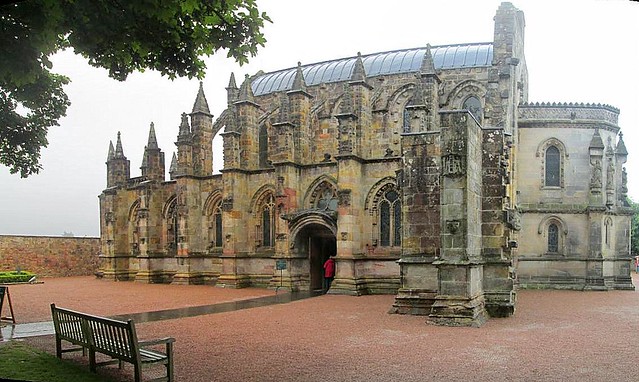