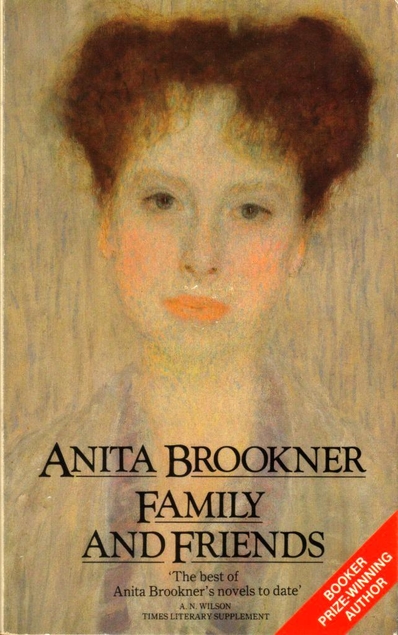 Family and Friends by Anita Brookner was published in 1985 and it’s a slim volume at only 187 pages – but my god – what a slog I found it to be.

For me this book reads more like a collection of notes and jottings about a family, which has never been worked up into a satisfying read. The whole thing is written in a curiously detached style which makes it impossible for me to to care about any of the characters who are all fairly unlikeable, not that that is really the problem.

The family of the title belongs to Sofka the widow of a successful businessman. She has two sons and two daughters and the book is about them, but as they are all quite remote from each other, it’s just an account of what they did – at the beginning we’re looking at a photograph, and it felt like we never got away from a photo, it’s flat and static. There’s absolutely no dialogue.

It is exactly what my mother used to do when she was alive. She went into great detail telling you all about people that you didn’t know, would never meet and never wanted to meet. I think she did it to fill a void, she didn’t like any breaks in conversation and a companionable silence was alien to her. I suspect that if anyone other than Anita Brookner had submitted this book to a publisher it wouldn’t have got far, but those magical words ‘Winner of the Booker Prize’ go a long way.

However, I seem to be in the minority with this one as many others seem to have loved it, or maybe they were dazzled by the author’s name. I’m not the only one who thought this was a dud though.

2 thoughts on “Family and Friends by Anita Brookner”