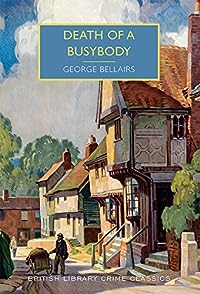 Death of a Busybody by George Bellairs is a book that I’ve had for some time and I just realised last week that for some reason I hadn’t read it, I usually read these British Library Crime Classics as soon as I get them. George Bellairs was the nom de plume of Harold Blundell a bank manager in Heywood, Rochdale.

Miss Tither lives in the village of Hilary Magna and she sees it as her duty to keep all the villagers on the straight and narrow. It’s presumed that she spends her time creeping around in the dark, keeking in at windows, gathering information on her neighbours, with a view to haranging them about any perceived misdemeanours, almost always of the sexual kind. Don’t go courting in the woods when she’s around as she’ll be demanding that you and your ‘click’ get married, and handing you a religious tract! As you can imagine she’s a very unpopular woman, so when she ends up dead, obviously murdered, there’s no obvious culprit.

Enter Inspector Littlejohn of Scotland Yard. He has been a bit of a countryman in the past and he understands the ways of a small village and the sometimes oddly matched couples. This book is a lot more than a simple murder mystery and for me it’s always a big plus that the original victim is so nasty as to be almost deserving of their end.

The book was first published in 1942 but there’s not an awful lot of the wartime ambience in it. In fact there is a very popular tearoom mentioned, a place where ‘ladies lunch’ and the descriptions of all the (unlikely) wonderful goodies available to eat there did make me think of those lists of almost certainly unobtainable edibles that pop up in many books of those rationed days, such as the Enid Blyton midnight feasts and the C.S. Lewis Narnia books with groaning tables full of food, and of course not forgetting someone selling their soul for some Turkish Delight! I suppose if you couldn’t obtain the goodies to eat the next best thing is to dream up that you can have them, wishful thinking.

Anyway, I enjoyed this one, and the cover which comes from a British Railways 1930s advert for Suffolk. 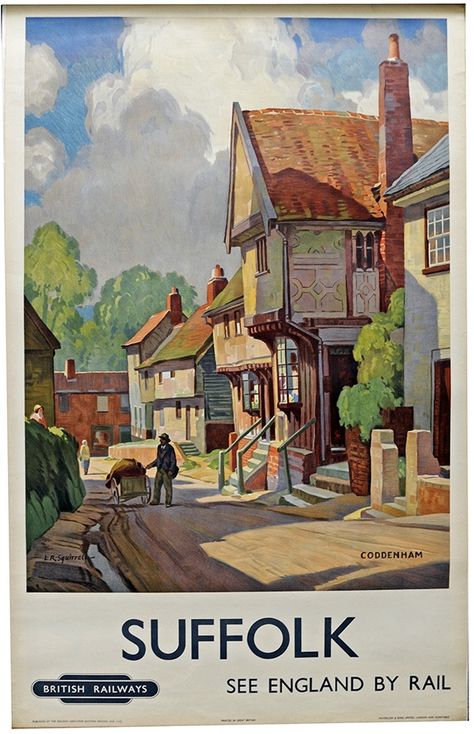 4 thoughts on “Death of a Busybody by George Bellairs”