I’ve been in my beloved west of Scotland earlier in the week so that Jack could go to a football match. It’s too far to do comfortably in one day so we stayed overnight and that gave us plenty of time to visit the shops and eateries that we wanted to visit. Amazingly the weather dried up and we had bright sunshine and blue skies – so much for the weather in the west being wetter than the east!

Without even trying I ended up buying eight books, some from charity shops and the four books from Ransome’s Swallows and Amazons series were from a sort of junky ‘antique’ shop. I was so pleased to get these ones that date from 1948 and still have their pristine dustjackets. They were all given to a boy called Phil in 1948 from his mother, nannie and John and Mary. 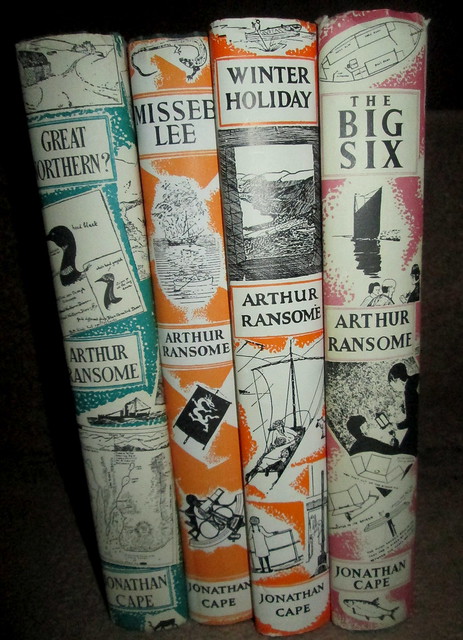 The Westering Sun by George Blake – because of the lovely cover and it being Scottish.
The Mermaid and Mrs Hancock by Imogen Hermes Gowar – a mystery to me but it was 50p so I thought I might as well buy it. 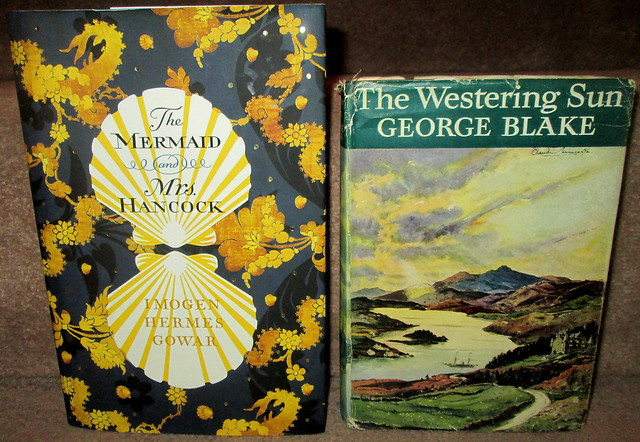 And two more Scottish books.
The Flight of the Heron by D.K. Broster
The English Air by D.E. Stevenson 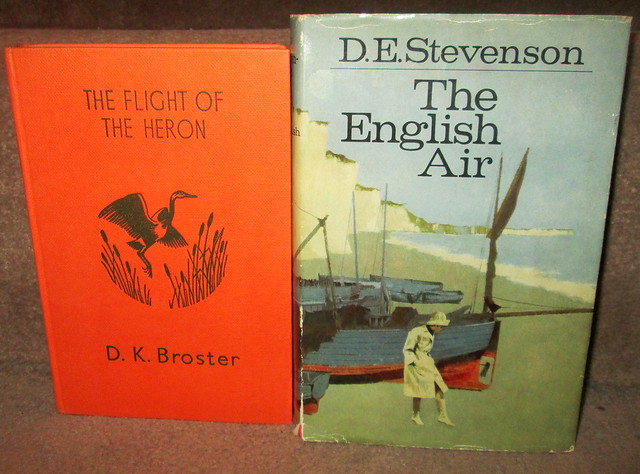 It’s World Book Day today which is probably why the date was chosen for the publication of Hilary Mantel’s The Mirror and the Light. I dashed to W.H. Smith’s this morning to get my copy of it but annoyingly had to go out tonight so have only managed to get to page 43 so far. Of course it’s not going to be easy to read in bed as it’s so weighty. I suspect that I’ll be reading most of tomorrow!

Oh – and Jack’s team (Dumbarton) won their football match. Sometimes being away from home for one night only is just perfect as you can have one whole day of doing exactly what you want, and you’re only away from your own bed for one night. We visited Helensburgh and the Loch Lomond area and I managed to get some scenic photos which I’ll show you soonish.