Last week when we were in Dumbarton, where I grew up and Jack was born, we had a wee walk through the town centre, which like most has seen far better days. Inevitably there were empty shops, but they have tried to jolly things up by covering the shop fronts with these gorgeous photographs of ‘The Rock’. In fact I took the photo on my blog header from the top of this very historic rock which is a volcanic plug. Because of its strategic position at the confluence of two rivers – the Clyde and the Leven – it has been used as a fort and stronghold, and was even used by the army in WW1 and WW2. There’s a tradition (accordng to the author Rosemary Sutcliff) that the Romans had a naval station here and they called it Theodosia, which I believe means given by the gods. 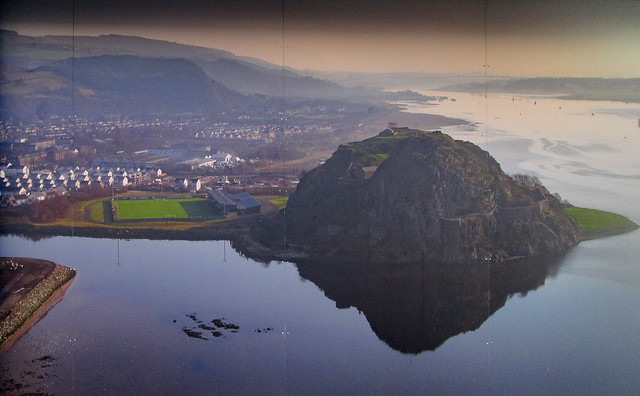 Whenever I see this place in the distance I always feel that I’m home. I don’t know who took these photos but they are very good I think, probably the first one was taken by a drone. 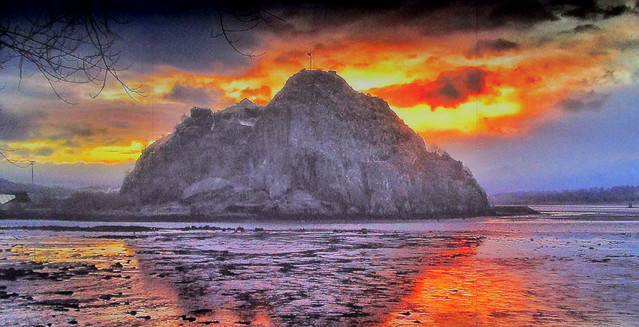