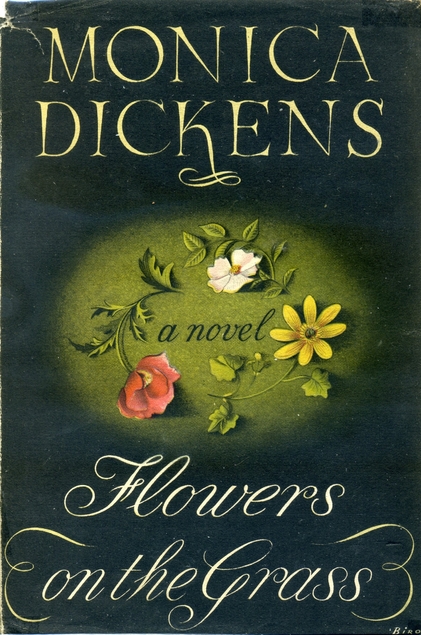 Flowers in the Grass by Monica Dickens was published in 1949. This book is well written but it reads more like a collection of short stories rather than a novel. It’s the story of Daniel who I found to be very annoying which might colour my thoughts.

Daniel is stubborn, thrawn as we say in Scotland and isn’t what could be called normal, now I suspect he would be described as being quite high on the autism spectrum, or maybe it’s just that he’s one of those people who think that the rules just don’t apply to them – only to other people. Daniel also has the knack of finding women who are keen to look after and mother him. I wouldn’t have been one of them.

The book begins with a chapter titled Jane, surprisingly Daniel marries Jane who happens to be his first cousin (eugh) and it looks like this is going to be a book about a young couple with Jane improving Daniel and settling down in a lovely home, but disaster strikes.

Daniel’s existence in people’s lives never seems to be a plus for them but at the end he sort of makes up for it all, expiation through another young couple.

For me anyway this wasn’t one of her best, but other readers seem to have been quite keen on it.

2 thoughts on “Flowers in the Grass by Monica Dickens”