We bought a big box of jigsaw puzzles which contained four puzzles of cities – Venice, Moscow, London and New York. We started the last of them, the New York puzzle, earlier in the week. 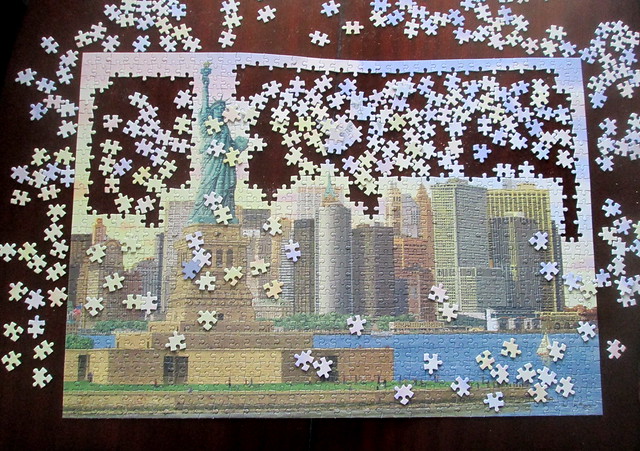 We finished it today and had a bit of a panic when it seemed that the last piece was missing. Jack got the torch to have a close look at the large Persian style rug, still the piece wasn’t found. Cushions, throws and such were shaken, no luck. Eventually he tipped a sofa back and there it was, how did it get under there? Anyway, I generously said that he could fit it in, but he insisted we each put a finger on a corner of it to slide it into place. 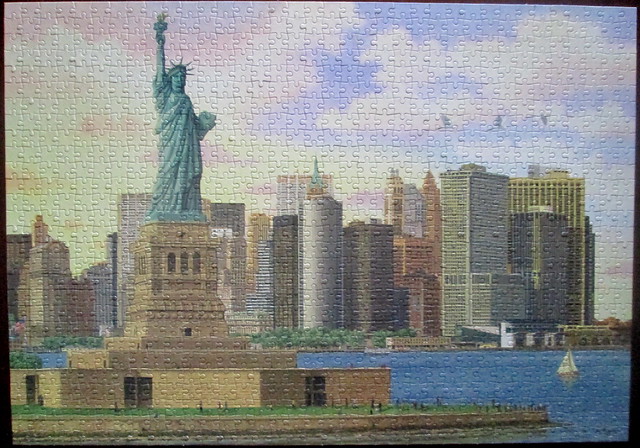 I’m not sure if we’ll get any more puzzles to do, obviously they would have to be bought online at the moment.