In normal times (remember them?) we would have done quite a bit of travelling around by this time of the year, but we haven’t been further than seven miles from home for over three months now, and that trip was just to buy some tools so that Jack could do some emergency plumbing himself. He earned many Brownie points! Eventually. Anyway, I’ve been doing a lot of reading and walking locally so here we go on another local walk in rural Fife.

The photos were taken in late May when the bluebells were out, but they are really just a haze. 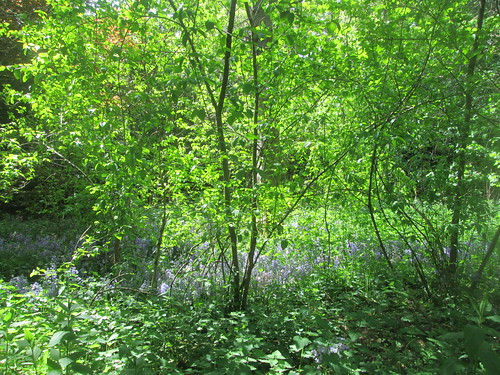 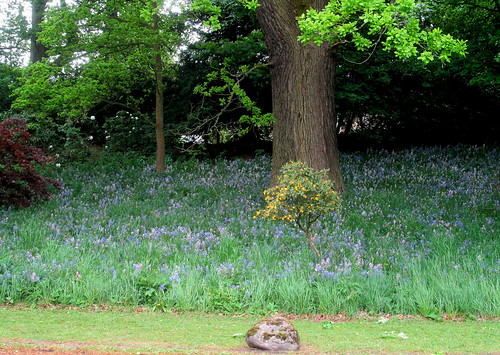 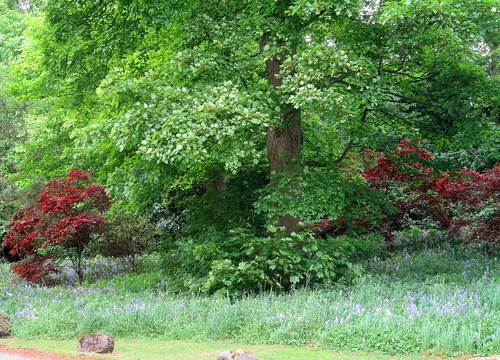 It’s quite well known for rhododendrons. 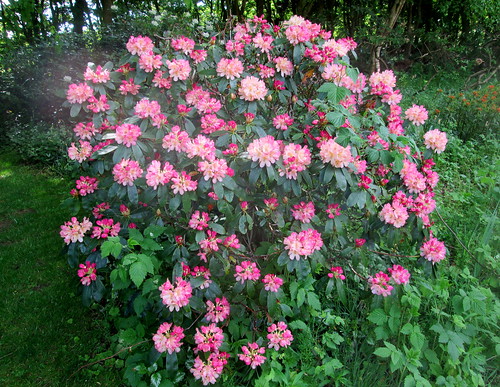 But the one below is a mystery to me, very pretty though. 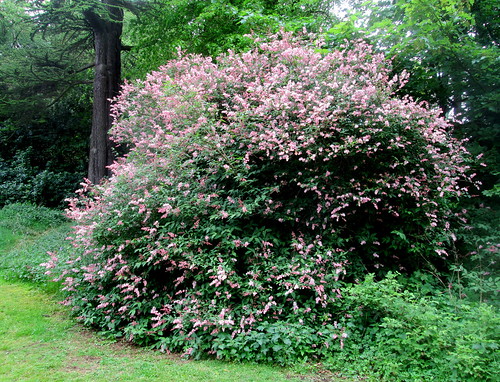 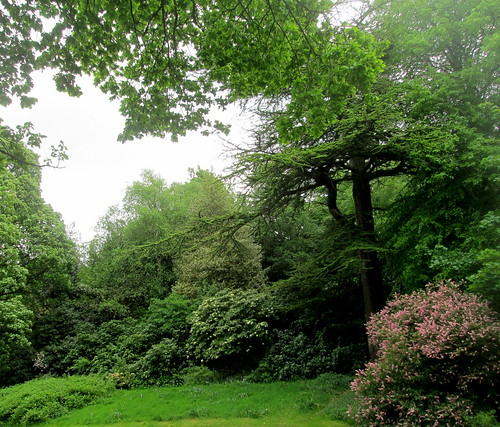 I love that the shattered tree below is determined to hang on to life years after most of it crashed to the ground in a storm. 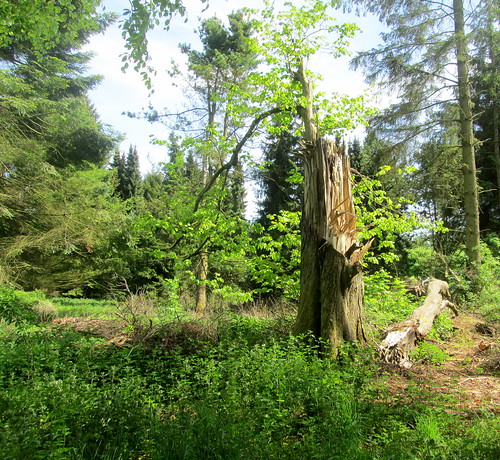 This land which used to belong to the Balfour family, related to the Arthur Balfour who was a British Prime Minister in the early 1900s is now owned by the local council and this year instead of mowing all the grass they are just cutting paths through it. Obviously this is a cost cutting exercise but it’s also great for the wildlife and plants, and very scenic I think. Tomorrow Nicola Sturgeon will hold her usual 12.30 news Covid-19 update, maybe we’ll be allowed to travel more than five miles from home – you never know your luck! 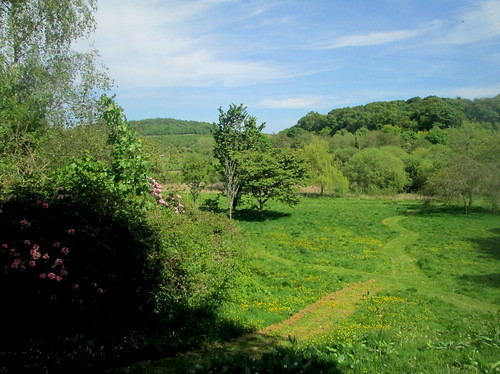