Here we are back at Branklyn Garden in Perth again, it was the first day of its opening again after the Covid-19 lockdown was being slowly eased in Scotland. We were all glad to see some different scenery I’m sure. 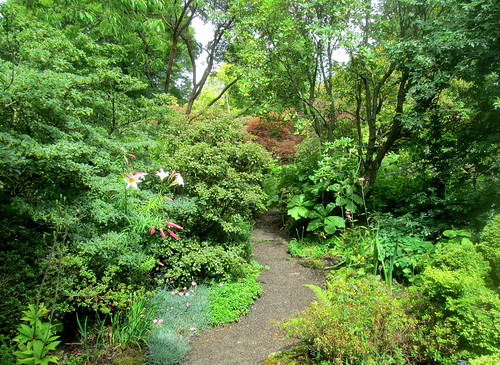 There were quite a lot of people there but it was still fairly easy to lose yourself among the plants and take photos without other people being in the background. 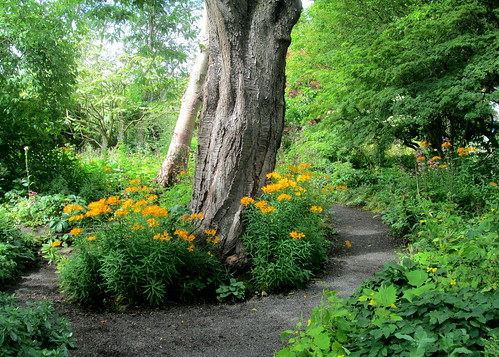 Sadly I couldn’t see any fish in the pond, I suspect that if they put any in there they would be fodder for some kind of birds, possibly a heron. This garden is a short distance from the River Tay, where there are plenty of seabirds around. 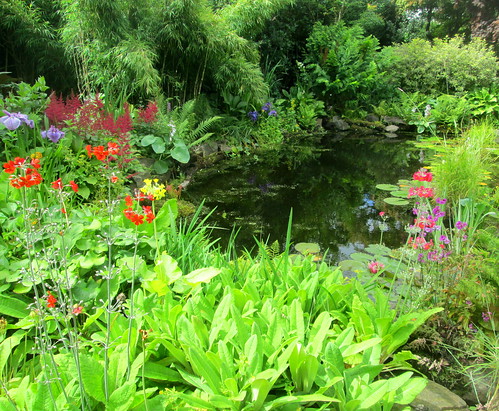 I wish I could remember the name of the red flowered climber below, I have a feeling that it’s an annual but I can’t find any images of one like it. That’s one grouse I have about Branklyn, the plants aren’t always labelled. Probably they were all well labelled originally but the plants have engulfed them as they grew. 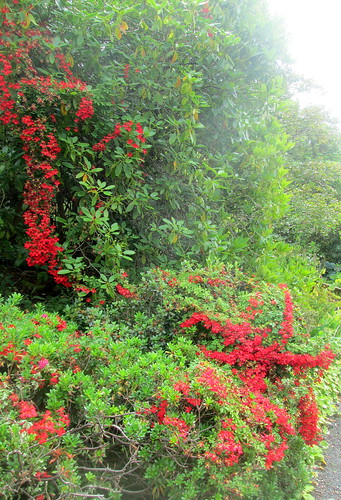 You can just get a glimpse of the house that the original owners of the garden lived in in the photo below. This is now a Scottish National Trust property but the house is used as a holiday rental so you can’t look around it. 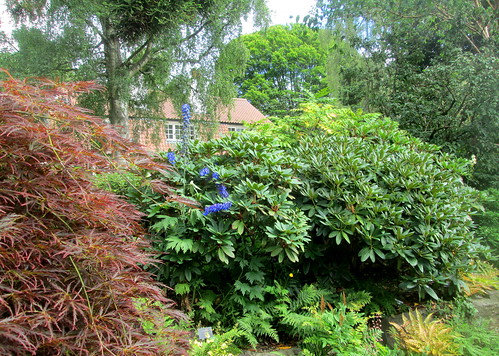 There are some cracking acers/Japanese Maples in this garden. So many people love them but aren’t able to grow them although they’re not that pernickety really, having said that some of mine got damaged by an air frost in May, just as the new growth was looking so good. 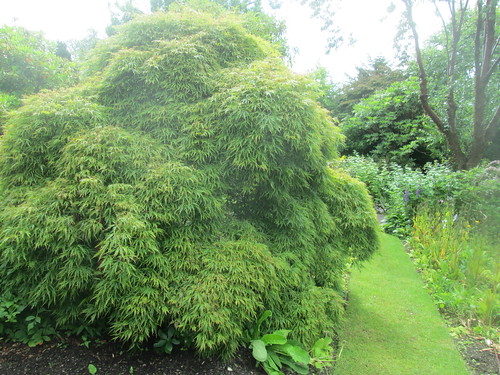 It was a sunny day and the sun shining through the top of the acer below was quite something, but the photo doesn’t really capture the moment. 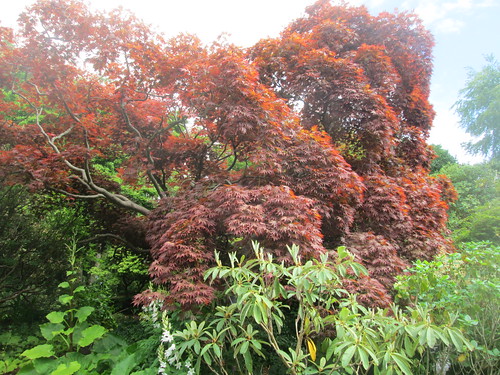