We visited the Beamish Folk Museum in County Durham – north east England in June last year and I could have sworn that I had done several blogposts about it soon after the visit, but it seems that I didn’t get around to it. Either that or the computer has somehow deleted all evidence of them. It could just be that as I have a habit of writing blogposts in my head while I’m doing mundane things around the house and garden in the daytime – I never did get around to actually writing any. It’s a mystery, anyway, if you remember Beamish blogposts and I’m being repetitive – sorry! I did do one, though!

Just as we got into Beamish we could see a big crowd of people, some dressed in period clothing and it transpired that we were lucky enough to be there at the start of a procession which was making its way to a new 1950s part of the folk museum which was just being opened for the first time. The north-east of England was a coalmining area, so the old miners’ banners were being given an airing, something which doesn’t happen often nowadays I suppose as there are no miners left to march with them. The banners themselves are works of art. 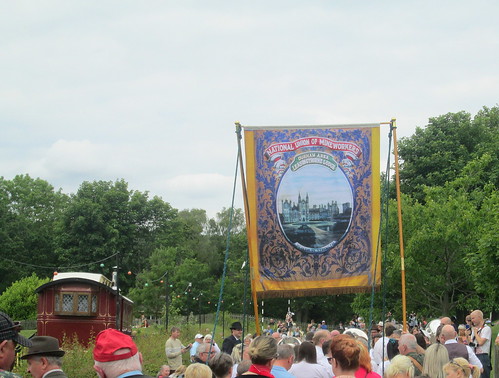 Every coalmine had its own band. Given the state that their lungs must have been in it’s amazing that they had the puff for the brass and silver bands. Fife was a coalmining county and some of the bands are still going, years after the last mine has been closed down permanently. I must say that the ones I’ve heard have been very melodic. 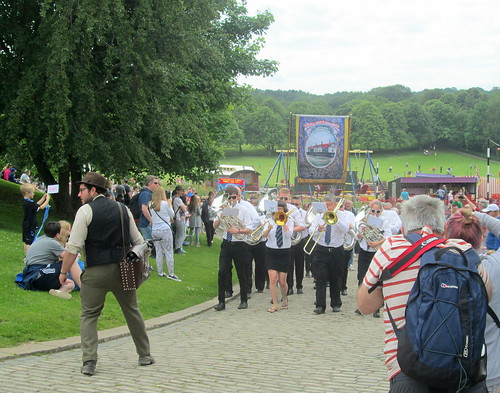 For some reason a flotilla of old-fashioned prams – or perambulators if you want to be fancy were taking part in the parade. I love these Silver Cross type enamelled prams, it was the type I was wheeled about in as a youngster, not that I remember it. In those days kids travelled in real style. They must have been much comfier and cosier than modern day buggies. 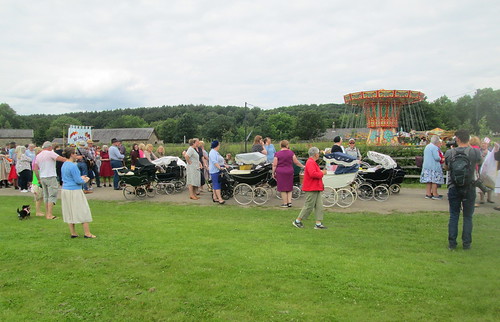 After that we took a trip on a tram, a couple of different steam trains and an ancient bus. 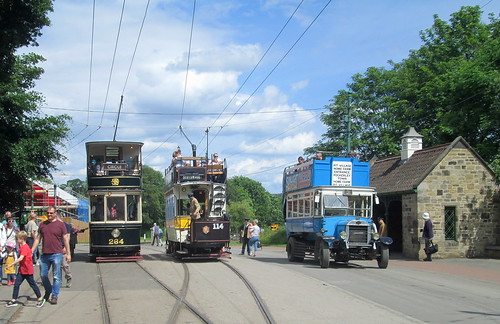 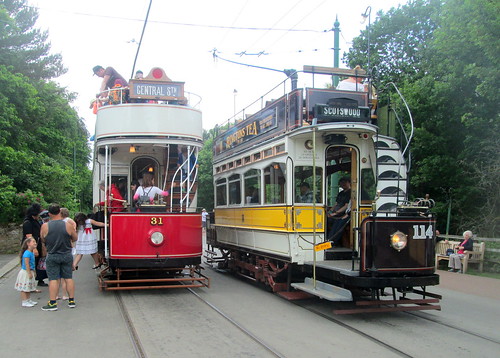 We certainly got our money’s worth on that day out!