I took these photos of my garden on the 5th of August. 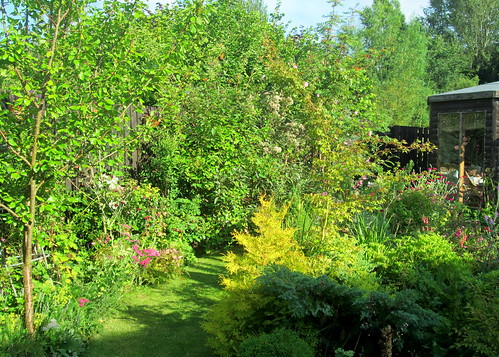 The combination of a few hot days followed by some really terribly wet days has resulted in a lot of lush growth. You know what British summers are often like – two hot days followed by a thunder storm. Just a few days after I took these photos we had the worst thunder and lightning storm in the east of Scotland that anyone could ever remember, it lasted for at least twelve hours and towards the end of it our house actually shook, it was more than a wee bit disconcerting. Remarkably my garden survived unscathed. 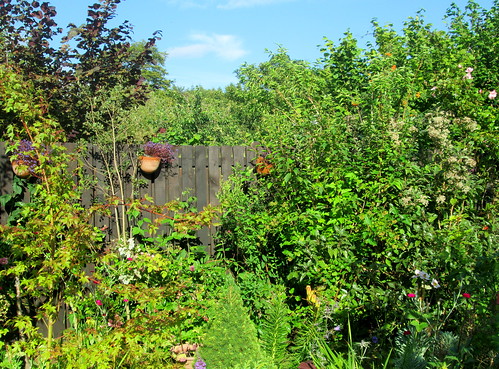 August is traditionally a bit of a slack period where flowers are concerned, often the mid summer blooms have gone over and the late summer plants haven’t got going yet, but my garden still has quite a lot of colour within it. 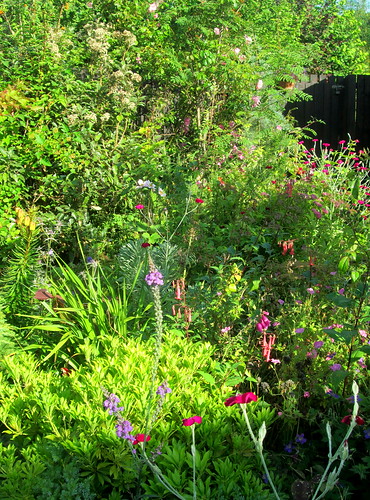 If you look at the tree in the top right of the photo below you might be able to see some apples growing. This tree had been sheltered by a large native honeysuckle at the time of the May air frost which killed off the pear and plum buds. Failing to cut plants back sometimes ends up being an advantage! 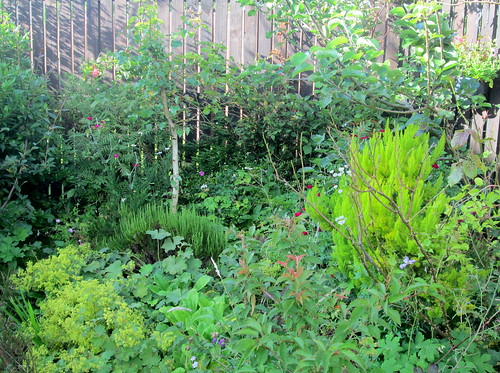 The perennial sweet pea which is flowering in the photo below is becoming more thuggish each year. I really should pull it out, but I know that I’ll never get rid of it all. I like the flowers but sadly they have no scent, unlike the annual sweet peas, and I have a feeling that the plant is choking anything else that’s growing near it. 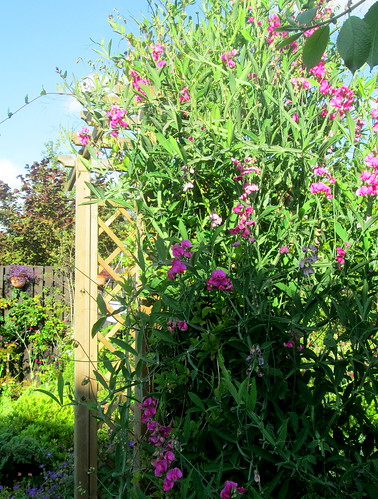 At the moment our garden waste bin men aren’t coming as regularly as they used to, so whenever the bin has been emptied by them it’s no time at all before it’s full up again. This has been curtailing my garden tidying somewhat – well that’s my excuse! I must admit though that if I hadn’t had a garden to potter around in during the lockdown I suspect that my mental health would have suffered. There’s something about the combination of exercise and the thought processes that you go through when gardening that are just perfect for balancing life out somehow.

16 thoughts on “My garden in Fife, Scotland”