Last week I scheduled a couple of blogposts prior to going down to England for four days. It was a delayed trip that we had planned to take way back at Easter but of course we were in strict lockdown then and only allowed to travel to get food. We swithered about leaving our area of Scotland which had had very low Coronavirus rates, journeying south seemed chancy. On the other hand the Peterborough area that we were travelling to also had fairly low infection rates so we decided to go, armed with masks and plenty of sanitiser.

We went to the big (mainly outdoor) antiques fair at Peterborough, but it was a bit of a disappointment as so many of the stallholders weren’t there, actually I was surprised that it hadn’t been cancelled. On the plus side I did manage to get some Christmas/birthday presents for Jack that I couldn’t have got elsewhere. My Christmas shopping is mainly finished!

This time around we made sure that we had plenty of time to visit Peterborough Cathedral. I wanted to visit where Katharine of Aragon was buried and the spot where Mary Queen of Scots had been buried, before her son the Scottish King James VI or James I (England) had her disinterred and reburied at Westminster Abbey in the Lady Chapel.

Peterborough Cathedral is interesting, has some wonderful ceilings and floors and has quite a warm and friendly atmosphere which you can’t say for all of these places. As ever I compared it with my favourite Saint Magnus Cathedral on Orkney – it’s still my favourite.

When Katharine of Aragon died she was at Kimbolton Castle in Cambridgeshire. King Henry VIII had her buried at Peterborough Cathedral because it was closest and presumably the cheapest way of doing it, he was obviously glad to be rid of his first wife and was only interested in marrying Anne Boleyn as fast as possible. 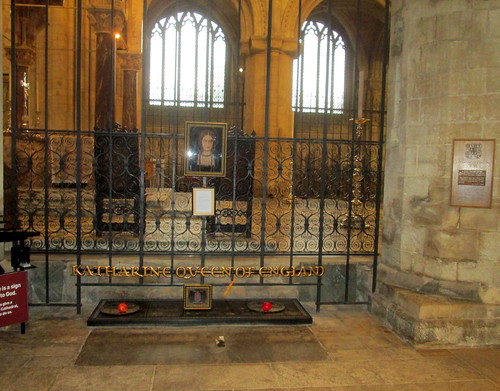 Katharine’s personal emblem was a pomegranate which signified fertility, sadly she didn’t have much luck with her pregnancies, but I’m sure the fault lay with her husband. It’s quite touching that someone has laid a couple of pomegranates on her tomb.

Mary, Queen of Scots was originally buried not far from Katharine but now there is just a stone memorial where she lay. 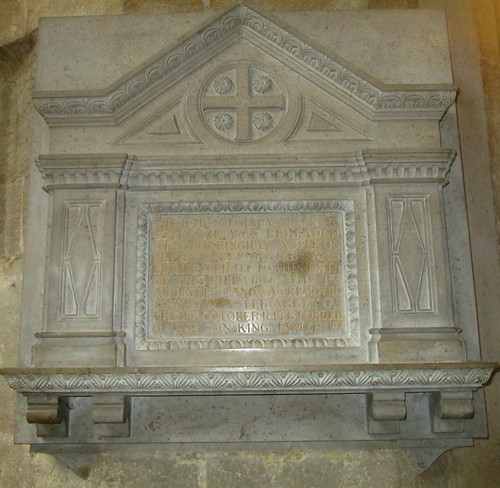 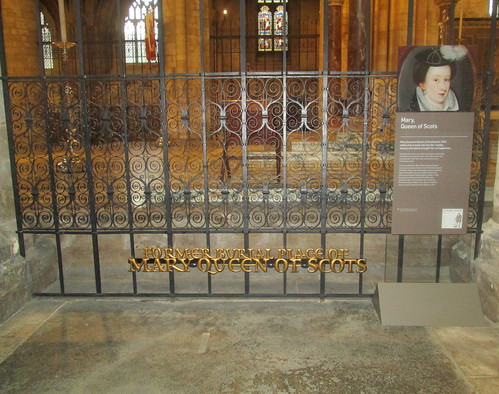 There’s also a much more modern memorial to the World War 1 nurse Edith Cavell who was executed by the Germans, they claimed she was a spy. 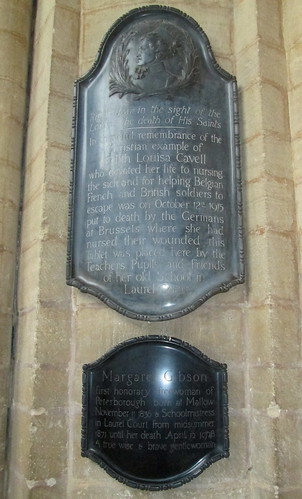 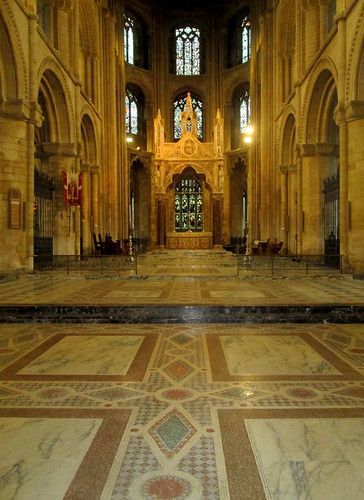 Below is the stained glass in a side chapel. 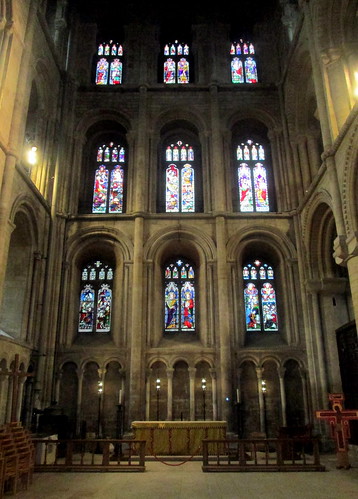 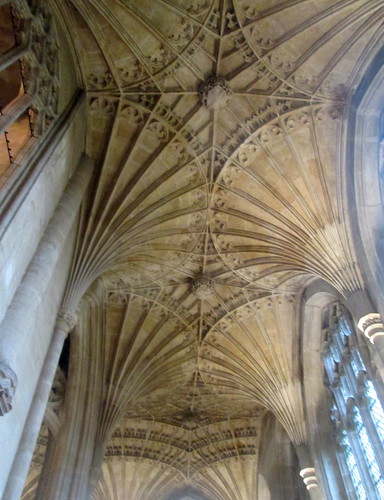 The main ceiling is painted wood which is very unusual I think. 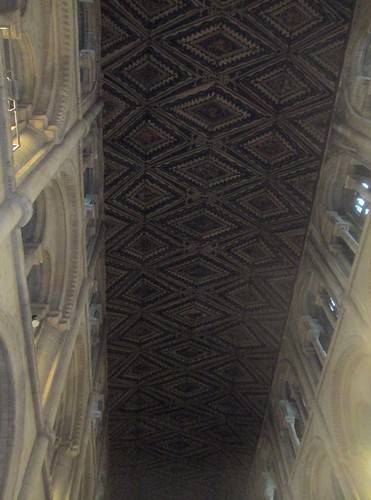 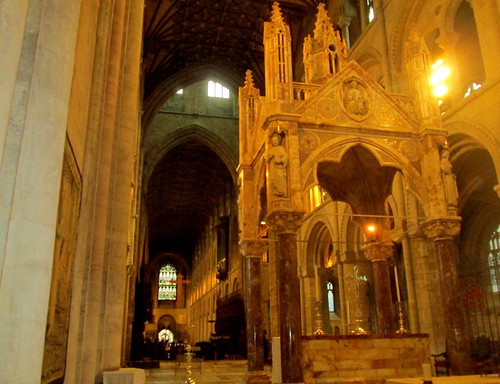 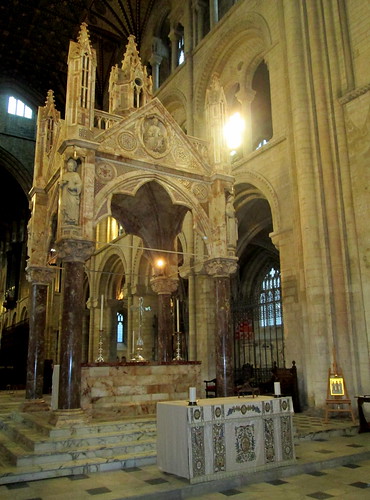 The photo below was taken two years ago when we first visited Peterborough, but that time we didn’t manage to see inside the cathedral as it was shut, as you can see though – it was a golden evening. 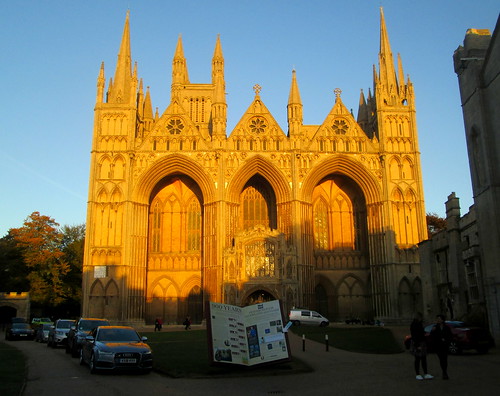 Prior to going Peterborough we visted Bletchley Park, the WW2 codebreaking establishment which was strictly ‘hush hush’ until the 1970s when someone published a book on it which horrified so many who had worked there during the war as they were sworn to secrecy. But that’ll be another post – soonish.