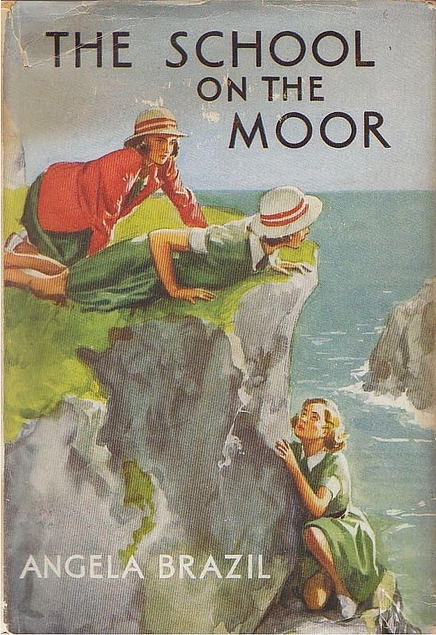 The School on the Moor by Angela Brazil was first published in 1939. Brenda is 13 and she and her brother Denis are living with their Aunt Madge and Uncle Harry while their father is working in India, their mother is already dead. When Uncle Harry gets a job in Argentina the children have to be sent to boarding schools as Aunt Madge will be going with him, it’s not something that they’re looking forward to, they’d rather stay with Grannie but that won’t be possible. So Brenda is sent to a school in Cornwall while Denis is sent to Portsmouth.

I can’t say that I found this book that entertaining, maybe the prospect of war was weighing on the author’s mind at the time. The schoolgirls seemed to spend a lot of time getting up entertainments for people and each other, and none of them was particularly enthralling, I found the whole thing to be very predictable. Thankfully it’s a very quick read.

Oh well, there have to be some duds in life so that we can appreciate the stars!

2 thoughts on “The School on the Moor by Angela Brazil”