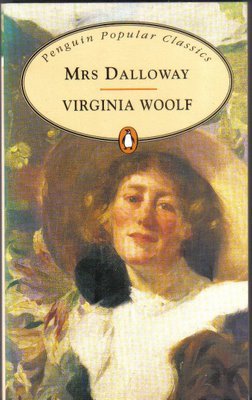 Mrs Dalloway by Virginia Woolf was first published in 1925 and I never really intended to read it as I’m not a big fan of the stream of consciousness style of writing, but surprisingly I did like it. A friend had had to study it for her degree and she loaned me her copy of the book, however it wasn’t to her taste at all.

The story takes place within one day when Mrs Dalloway (Clarissa), who is an upper-class middle aged woman married to a politician and living in London, is busy getting ready to host a party in her home, it’s just a few years after the end of World War 1.

Clarissa loves walking around Westminster, it’s a lovely day which reminds her of being at Bourton, her childhood home and as she goes to buy flowers for her party her mind wanders back to those days and her past lover Peter Walsh whom she had refused to marry. She thought he would be coming back from India soon, retired. He had had so many plans but in the end had done nothing much with his life. Surprisingly when Clarissa gets back home Peter Walsh is waiting for her. It’s not a successful meeting, Clarissa was obviously correct to turn him down. On the other hand, Peter had always said that Clarissa would be a wonderful society hostess and she seems to have fulfilled that expectation, but perhaps it’s Clarissa’s talents in that direction that have contributed to her husband’s success as a Member of Parliament.

The focus switches to Septimus Warren Smith and his wife Rezia. They’re in London to visit a well known doctor, Sir William Bradshaw. Septimus is suffering from shell-shock due to his wartime experiences and Rezia is hopeful that he can be cured. Their own doctor keeps saying that there is nothing wrong with Septimus, but his behaviour alarms his wife and the servant and Septimus shouts for his dead friend Evans and has conversations with him. It’s not going to end well.

It’s an odd book to write about, but I did enjoy it, unexpectedly, and the party? Well, in the end it was a success of course.