In normal times when we go for a walk locally on Sunday we rarely saw anyone else, but last Sunday we had to veer off the woodland paths as there were so many people on them! 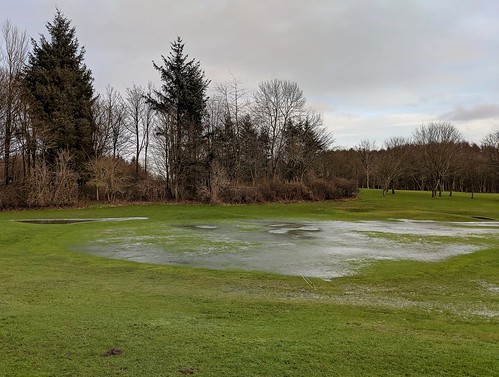 We decided the golf course would be a safer option, there were some kids sliding in the bunkers as they are full of ice at the moment, but they were off in the distance, it was good to see them having some fun. The patches of ice in the photos are where the ground was flooded with all the rain we’ve had. The golf course is closed at the moment which seems a bit strange to me as I’m sure it’s very easy for them to play and stay socially distanced. 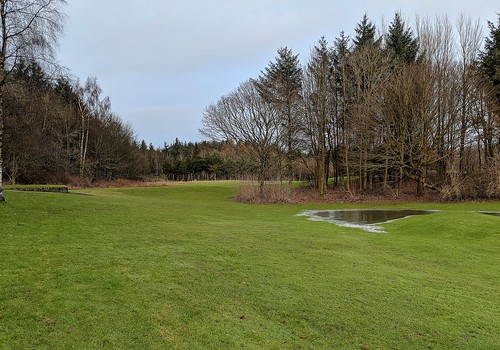 The photo below is of a frozen water hazard which claims to be five feet deep and has a life belt by it, just out of shot. That’s some hazard. 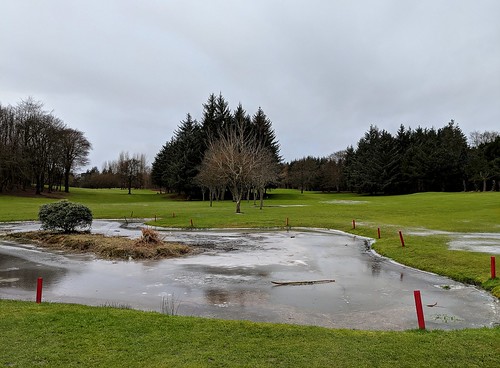 The grass itself was very icy but we managed to stay upright, as usual we weren’t all that keen to go out walking in the cold but felt we needed the exercise, we did feel virtuous when we got home though!