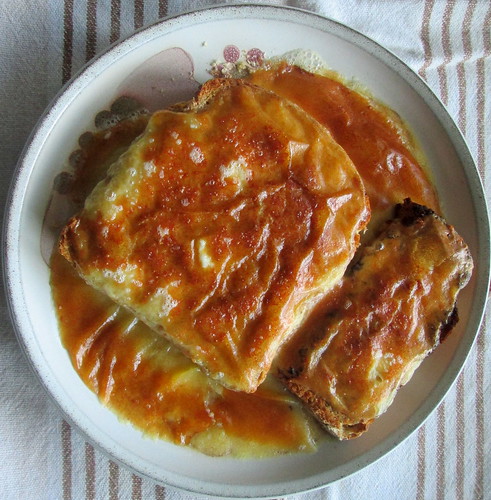 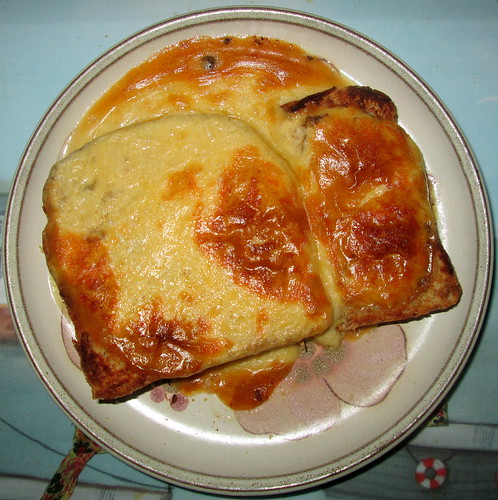 Yesterday I decided to cook something a bit different for lunch, using a recipe from Felicity Cloake’s book. I had never cooked Welsh rarebit before – or Welsh rabbit as it is sometimes known, although I have eaten it before of course. It’s really easy to make and was absolutely delicious although as you can see, despite the fact that we used three bits of bread between us, the mixture still overflowed a lot, next time I’ll use four bits of bread. This is just posh cheese on toast. We used a wholemeal loaf which Jack cut thick slices from.

We didn’t have any stout but I used Newcastle Brown Ale instead, Jack was happy to finish the rest of it, I am not a fan of beer although it is tasty in this recipe.

You can read the Guardian article which appears in the book along with the recipe here.