Just a couple of days after I did my previous garden post, when I had a bit of a moan about the lack of colour in the garden – things started to flower. The irises below must be happy where they are as they’re multiplying. 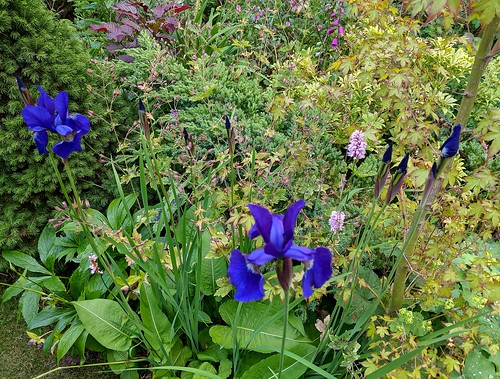 The Olearia shrub below is an evergreen with tough leaves but at this time of the year it produces very delicate looking daisy-like flowers. 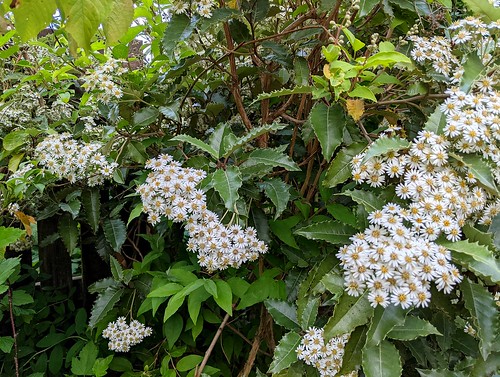 The white foxglove planted itself there, as did the fern I think, but if you look closely between the fern fronds there’s a plant with a very delicate blue flower, I can’t remember its name but I bought it at the Logan Botanical Garden in the south of Scotland and it seems to be surviving well. I’ll have to look out its label 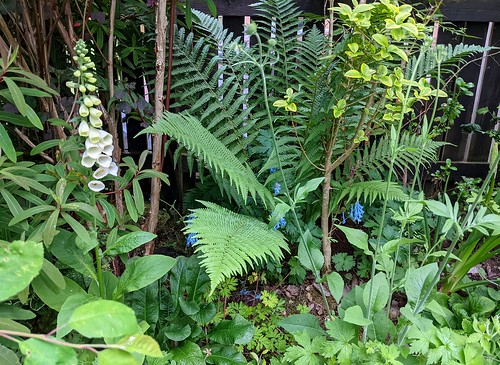 The London’s Pride below is a nice frothy pink but it doesn’t show up well in the photograph, it is however doing its best to take over the ‘rockery’ area. 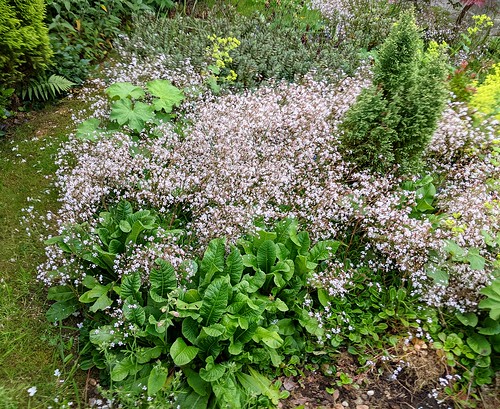 My dad had big daisies in his garden which he called Shasta daisies, and I bought the ones below as a reminder of him and his garden, he started me off in gardening when I was a wee girl. Sadly he’s been dead for 40 years now. I went back to my childhood home a few years ago and walked up the lane which skirted the garden and peered through the hedge, but there was no garden left – only grass and a garden shed. THEY do say that we shouldn’t go back to places! 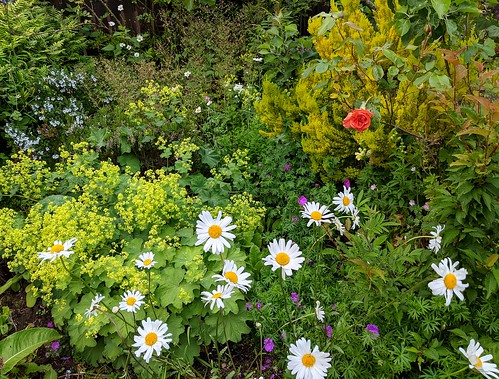 The roses are doing well now, Firecracker below is indeed a cracker although it doesn’t have much in the way of scent, it flowers for a long time so I don’t suppose we can have everything. 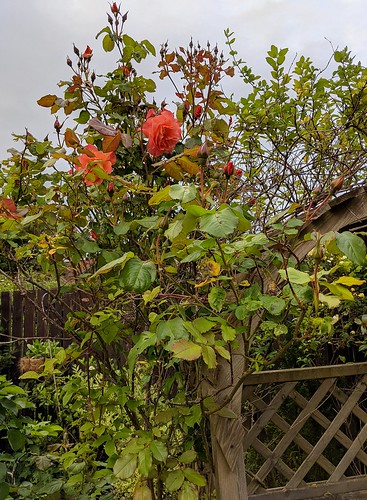 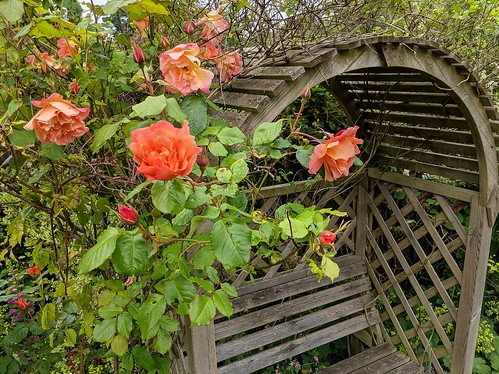 8 thoughts on “My garden in Fife, Scotland”