After we visited the Roman fort at Chesters we drove on to see the remains of a Mithraic temple which is in the middle of a field. I have to say though that the temple itself isn’t very well signposted, so we ended up yomping over a field full of indignant sheep towards what was definitely a ruin in the distance, but that turned out to be the ruin of a farm building. Oh well, it was all good exercise and we gave the sheep something else to think about other than grass!

We eventually got on the right track, the signpost was on a small fencepost just the width of the wood, so about 3 inches square.

This is the road by the car park at Carrawburgh, Northumberland, as you can see the road is very straight so presumably this was originally the Roman road.

The temple is quite small but as the god Mithras was popular with soldiers it was probably quite well used by the men at Chesters Fort. 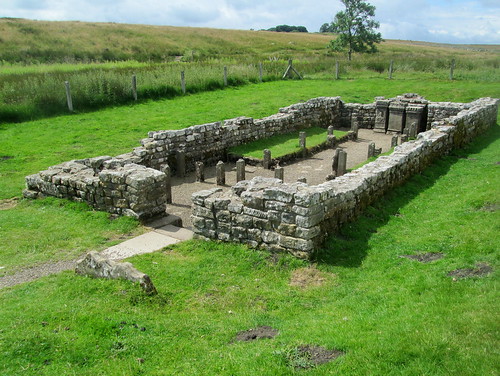 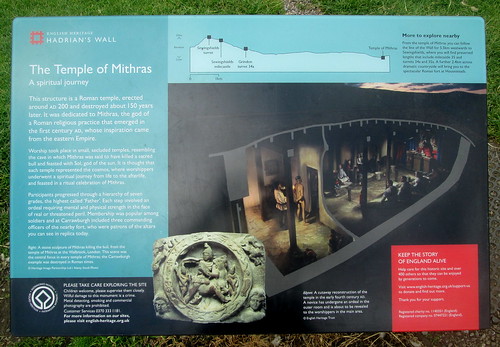 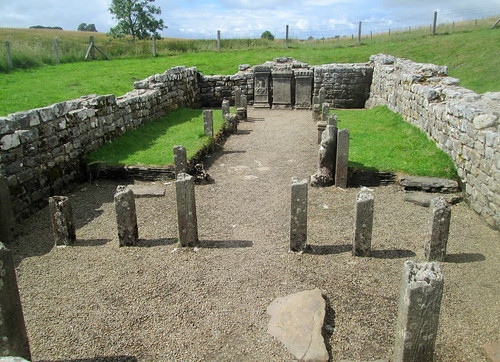 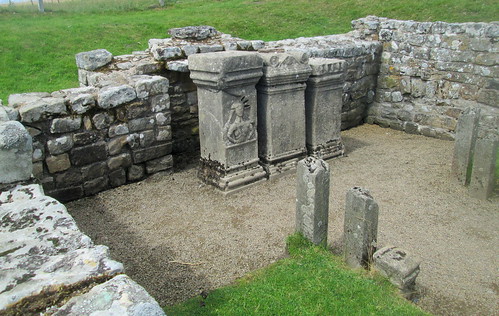 The middle column of the altar has a stone offerings dish and visitors have been leaving coins, sweets and a big piece of wood as worshippers would have done. I was a really big spender and offered up 2 pence! 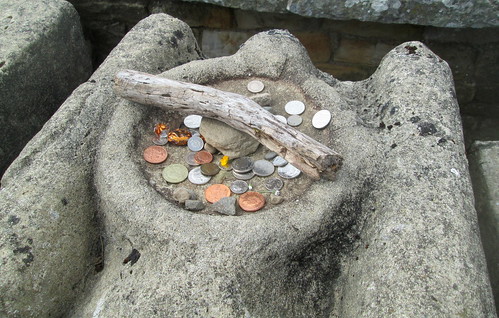