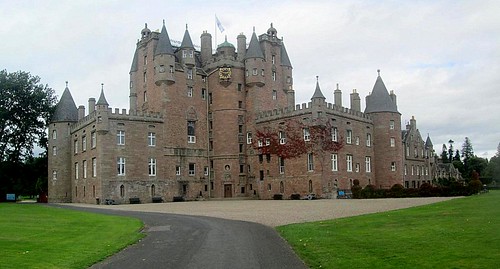 At last we got around to visiting Glamis Castle which was the family home of the Queen Mother. It’s still owned by the Strathmore family, they’ve been there since the 1300s. We tried to visit the castle years ago but by the time we got there it was too late go around the castle and as we walked along the driveway we were walking against a tide of people who were leaving. This time around there were very few people there which was good as when we toured the interior we had all of the rooms to ourselves as by the time someone else was entering – we were exiting. Sadly it was a bit of a grey day when we were there this time around but it didn’t detract too much from the castle, I think it looks like an illustration from a fairy tale, which is quite apt since the yougest daughter of the family ended up marrying a prince, then went on to become a queen. The castle’s name is pronounced ‘glams’.

If you’re interested in the history of the castle have a look at the timeline here. The castle has links with Macbeth and Shakespeare.

The yew hedge lined driveway below is not the main driveway, that one is flanked by fields, but we drove down it this time so I didn’t take any photos, and the last time we were there it was full of people. You might want to look at my previous post which I’m amazed to see was written nine years ago! 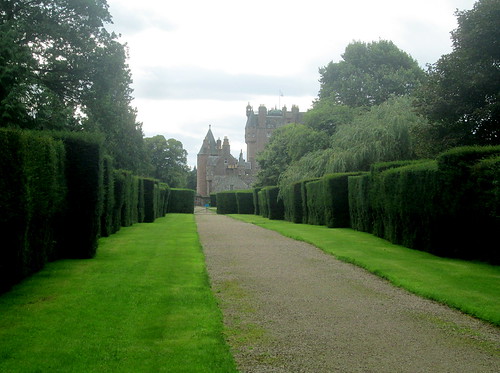 The view below is of the castle from the right hand side as you look at it. Sadly the old stone fountain isn’t working. 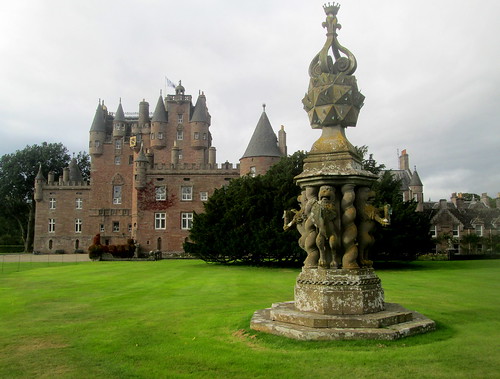 I’ll show you the interior and also the lovely Italian garden sometime soon.